Talen was wearing a pink suit and banana mask and planted “a flag on a pole into the ground,” which appeared to be a rainbow flag, after he “jumped over the outer perimeter barrier of the Samaritan’s Purse Field Hospital.”

“They have no business being in New York City,” he shouted according to NBC News, as six police officers removed him from the park. “They are the virus!”

Talen also tweeted a video of his arrest.

Today I tried to deliver a rainbow flag to the Samaritans Purse field hospital in Central Park. Franklin Graham and his Lords Army are here with their homophobic racist hustle. Help not hate. pic.twitter.com/zTK8mLmmbe

The 68-bed field hospital erected by the nondenominational evangelical organization Samaritan’s Purse in Central Park began treating patients the day after it opened, Fox News reported. The organization requires volunteers to adhere to a Statement of Faith, which includes agreeing that “marriage is exclusively the union of one genetic male and one genetic female,” which has received backlash from LGBT activists, although the group says it equally serves all patients, New York Post reported. New York Mayor Bill de Blasio also said that the group’s views were “troubling,” according to NBC News.

“I’m very concerned to make sure this is done right, but if this is done right, we need all the help we can get,” he said at a news conference. (RELATED: De Blasio, NYC Officials Downplayed COVID-19 Threat After Trump Restricted Travel To China. Here Are 5 Examples)

Talen has criticized conservative religious beliefs and consumerism, and he is part of a radical performance community called “Reverend Billy and the Church of Stop Shopping.” He has conducted “preach-ins” inside the Times Square Disney Store dating back to 1997, where he proclaimed Mickey Mouse to be the anti-Christ and was arrested several times, according to the New York Times. 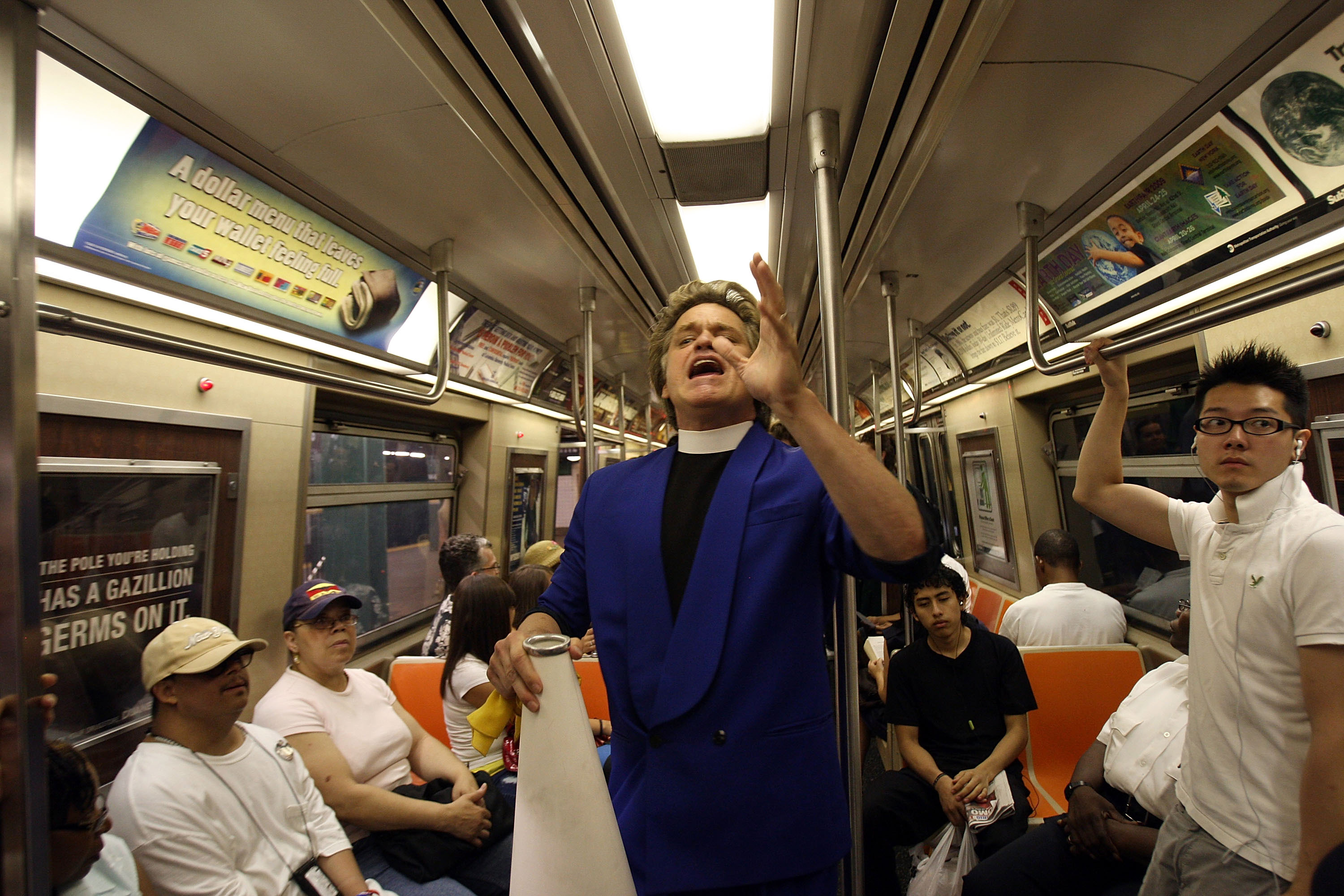 Talen has referred to President Donald Trump as the “King of Consumerism,” and has appeared outside Trump Tower, which he described as the “Devil’s ‘700 ft. Tall gold-tinted Presidential erection” with his crew in 2017.