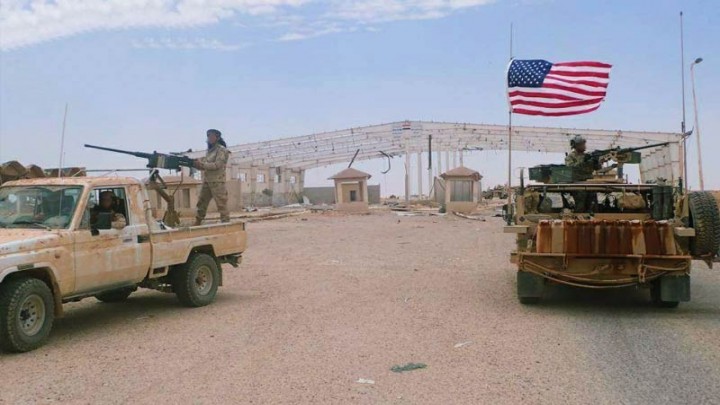 Militants of the US-backed “Commando Revolutionary” faction carried out night maneuvers in the “Al-Tanf” region near the American base on the Syrian border with Iraq.

A local source reported that the faction’s militants, who are supported, armed and financed by the United States, carried out the maneuver with live ammunition, and that American forces officers participated in these exercises, which included the use of light bombs and missiles.

The spokesman for the US-led international coalition, Colonel Wayne Maruto, said that the priority in the year 2021 is the elimination of ISIS, adding that the coalition is still committed to supporting what he described as “partners” in Syria, and who believe in the importance of a defeat. ISIS, he said.

The United States uses ISIS as a pretext to justify its illegal military presence in the Syrian territories, and it has already been evident that the American forces have supported even the militants of the same organization in order to target sites of the Syrian army and civilians, according to the confessions of ISIS members.

The American forces stationed in the “Al-Tanf” area are also recruiting armed men from the so-called “commandos of the revolution” faction to push them to fight against the Syrian army. With their families.