A Georgia lawmaker who claimed she was a victim of a racist attack in a grocery store expressed support for Parkland shooter Nikolas Cruz in a now-deleted tweet.

Erica Thomas tweeted two days after the Parkland shooting, which claimed the lives of 17 people, that she felt sympathy for the shooter and thanked God for getting her “through the system.” In her tweet was the hashtag “prayfornik,” referring to the shooter.

“My heart goes out to Nikolas Cruz!! Some don’t know how to cope with being an orphan,” said Thomas. “I thank God everyday for getting me through the system in one piece. #FloridaShooting #mentalhealth #PrayforDouglas #prayfornik.” 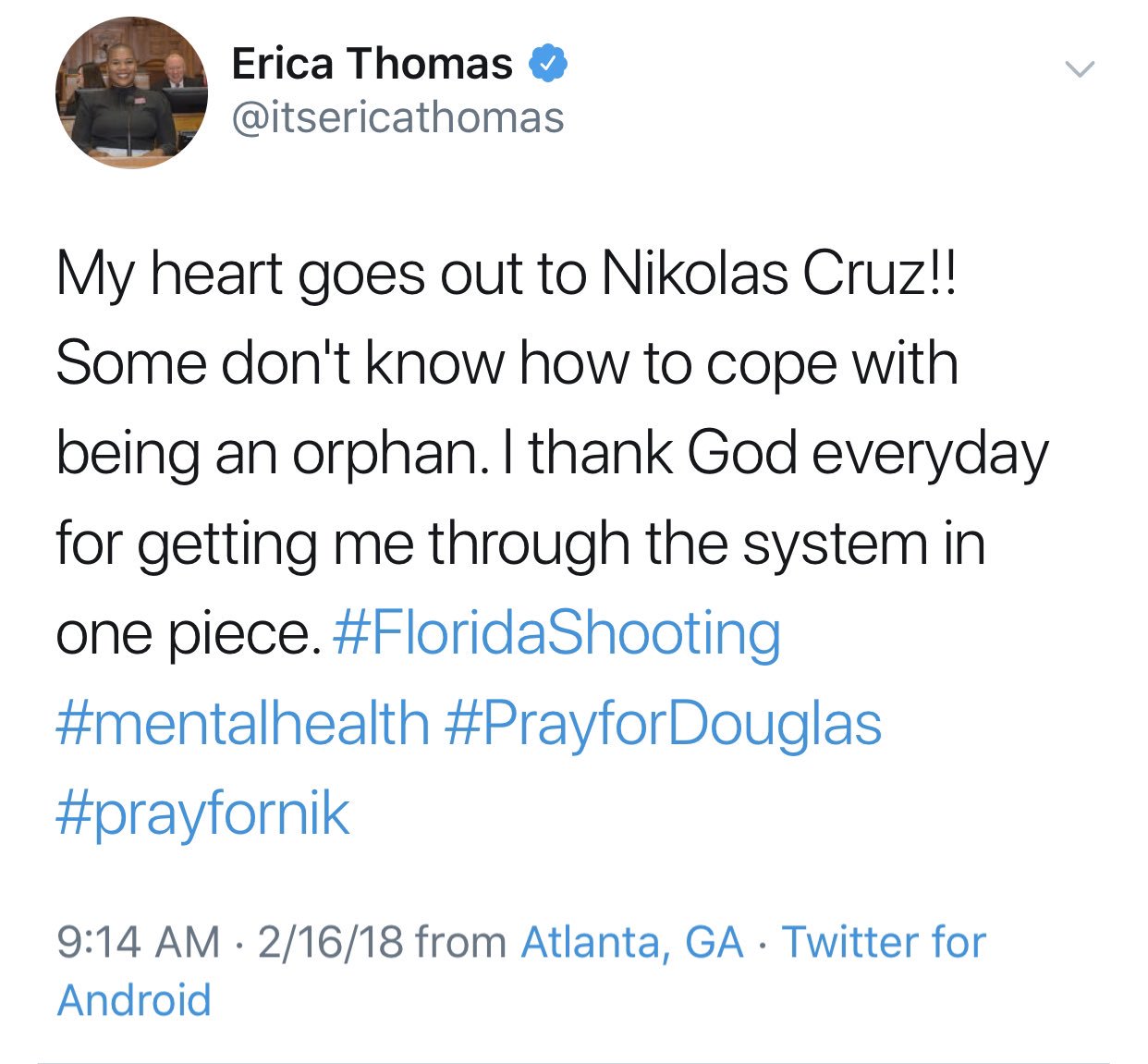 The alleged shooter, Nikolas Cruz, murdered 17 people at Marjory Stoneman Douglas High School while injuring over a dozen other innocent people. Cruz was later captured and now faces 17 counts of premeditated murder. If he is convicted he faces the possibility of life in prison or the death penalty.

Hi @itsericathomas. It’s been quite a week for you. Hopefully you’ve learned a lot this week.

1. There are cameras EVERYWHERE.

Over the last week, Thomas received national attention when she claimed she was a victim of racially-charged verbal harassment in a grocery store by a white male who told her “to go back where you came from.” She posted an emotional video to Facebook detailing her encounter.

The lawmaker later appeared to backtrack on her original claim that she was told to go back to where she came from. (RELATED: Georgia Democratic Lawmaker Appears To Be Caught Lying About Alleged Racist Encounter)

“I don’t want to say he said, ‘Go back to your country,’ or ‘Go back to where you came from,’” Thomas said. “But he was making those types of references is what I remember.”

…So I made a supercut of her backtracking on her statement multiple times. #HateHoax pic.twitter.com/D7Xq5kN1nO

Thomas’s office did not respond for comment at the time of publishing.