Police officers fled to India to avoid orders from the army to kill protesters in Myanmar, the Associated Press reported Friday.

The officers escaped to Mizoram, a state in northeast India on the border of Myanmar, the AP reported. The officers requested anonymity due to fears of retaliation against their families in Myanmar.

The officers were told to “shoot people and not just the people, we were told to shoot our own family if they are not on the side of the army,” a man from Tedim said, the AP reported. “We cannot hurt our people, that’s why we came to Mizoram.” 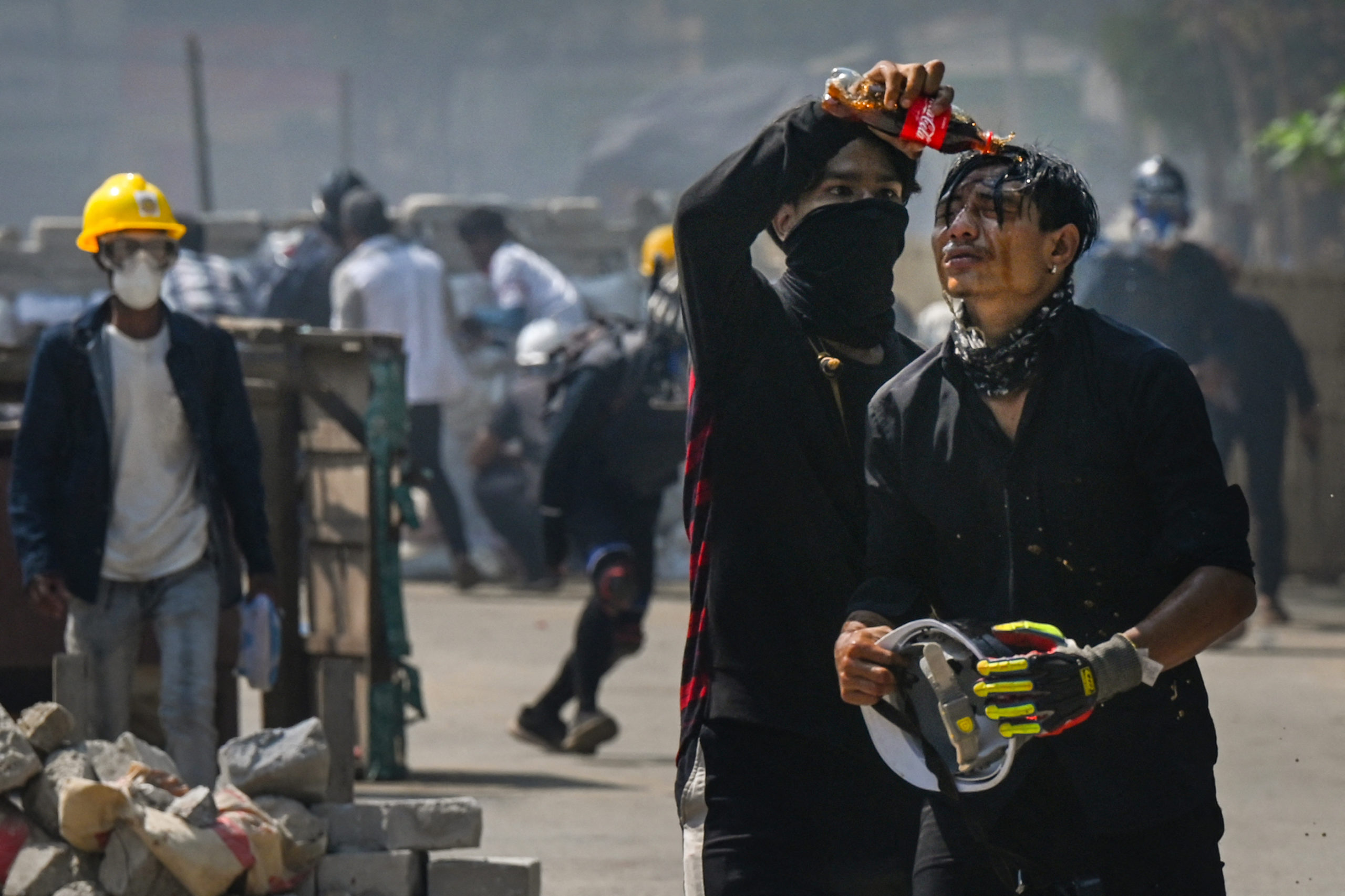 A protester pours Coca-Cola on the face of a comrade to diminish the effects of tear gas during a crackdown by security forces on a demonstration against the military coup in Yangon’s Thaketa township on March 19, 2021. (Photo by STR/AFP via Getty Images)

The AP could not verify the officers’ claims but photographs and reports have shown security forces increasing the use of violence against protesters in Myanmar, the outlet reported. The officers raised the three-finger salute used by protesters as a symbol of resistance against the junta.

“We are all policemen working under the Myanmar government. We left our family in Myanmar. We do not know what is happening to our family, but they will face a lot of problems from the army. We came to Mizoram for shelter, we will die if we go back there,” one man told the AP.

“We cannot reach our parents due to telecommunication problems, but what we heard is they are very scared to go out of their homes … I’m hoping that one day we will meet again,” the man added, AP reported. Some of the officers use cell phones to attempt to reach family members in Myanmar.

Around 34 police officials and one firefighter have fled to Mizoram in the last two weeks and are staying with the local villagers, the AP reported. They all sleep in one room on mattresses on the floor and spend their days helping with chores and watching television while some attempt to contact their families. (RELATED: BBC Journalist Missing In Burma As Military Continues To Kill Protesters)

Myanmar officials reportedly asked India to return officers who crossed the border into the country, though thousands of refugees from Myanmar are in different Indian states, according to the AP.