Hundreds of schoolgirls who were abducted last week in Nigeria have been released and will be soon reunited with their parents, a state governor announced Tuesday.

Officials previously said that 317 girls were kidnapped Friday, and Zamfara Gov. Bello Matawalle announced that 279 girls were released Tuesday, the Associated Press reported. It’s unclear whether the original number reported by government officials was incorrect or if there are still students that remain unaccounted for.

“Alhamdulillah! (God be praised!) It gladdens my heart to announce the release of the abducted students,” Matawalle said on Twitter. “I enjoin all well-meaning Nigerians to rejoice with us as our daughters are now safe.” 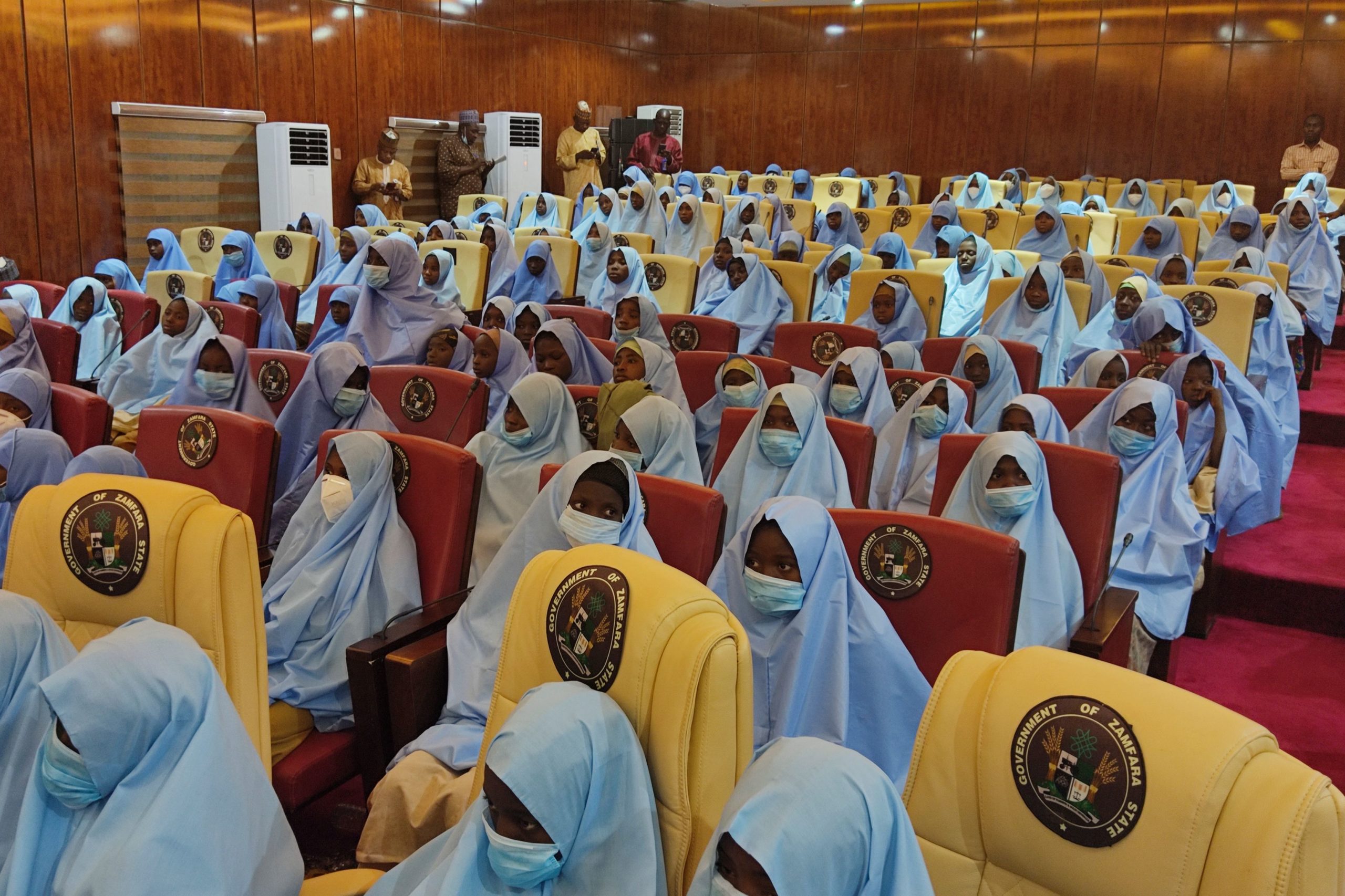 A group of girls previously kidnapped from their boarding school in northern Nigeria arrive on March 2, 2021 at the Government House in Gusau, Zamfara State upon their release. (Photo by AMINU ABUBAKAR/AFP via Getty Images)

Officials said armed “bandits” who kidnap people for money or to barter the release of one of their members from jail were likely responsible for the incident, the AP reported. An armed group attacked the nearby military camp so they would not be able to respond to the school while others abducted the children.

“We were sleeping at night when suddenly we started hearing gunshots. They were shooting endlessly. We got out of our beds and people said we should run, that they are thieves,” one of the girls who was abducted told the AP. Officials stopped the interview before she was able to give her name.

The “bandits” held the girls at gunpoint when they found them, the AP reported. The criminals asked the girls how to access where the school staff and principal were inside the building.

“I was really afraid of being shot,” the girl told the AP. “We said we don’t know who she is.” (RELATED: More Than 300 Girls Kidnapped In Nigeria, President Admits Security Forces Depleted)

Law enforcement officials negotiated with the “bandits” over the girls’ release starting Friday, the AP reported. It’s unclear whether a ransom was paid in exchange for their return.

“We have been in discussion since Friday with the abductors and reached agreement on Monday,” Matawalle said, the AP reported. He added that security measures will be increased at all schools across the state.