A 13-year-old boy living in Estonia was identified as the leader of an international neo-Nazi group linked to plots to attack a Las Vegas synagogue and detonate a car bomb at a top U.S. news network, the Associated Press reported.

Authorities confronted the boy earlier this year, which led to him cutting ties with Feuerkrieg Division, the neo-Nazi group he led, police and an Estonian newspaper reported, according to the Associated Press.

The boy referred to himself as “Commander” online and his URL was “HeilHitler8814,” the Anti-Defamation League (ADL) told the Associated Press. (RELATED: Tennessee Resident Ordered To Be Deported For Assisting Nazi War Crimes)

The police intervened after becoming suspicious of potential danger. But since the boy is under the age of 14, he can not be prosecuted under the criminal law and instead other legal measures had to be taken to eliminate the risk, Harrys Puusepp, a spokesman for the Estonian Internal Security Service told the Associated Press.

“Cooperation between several authorities, and especially parents, is important to steer a child away from violent extremism,” Puusepp added. 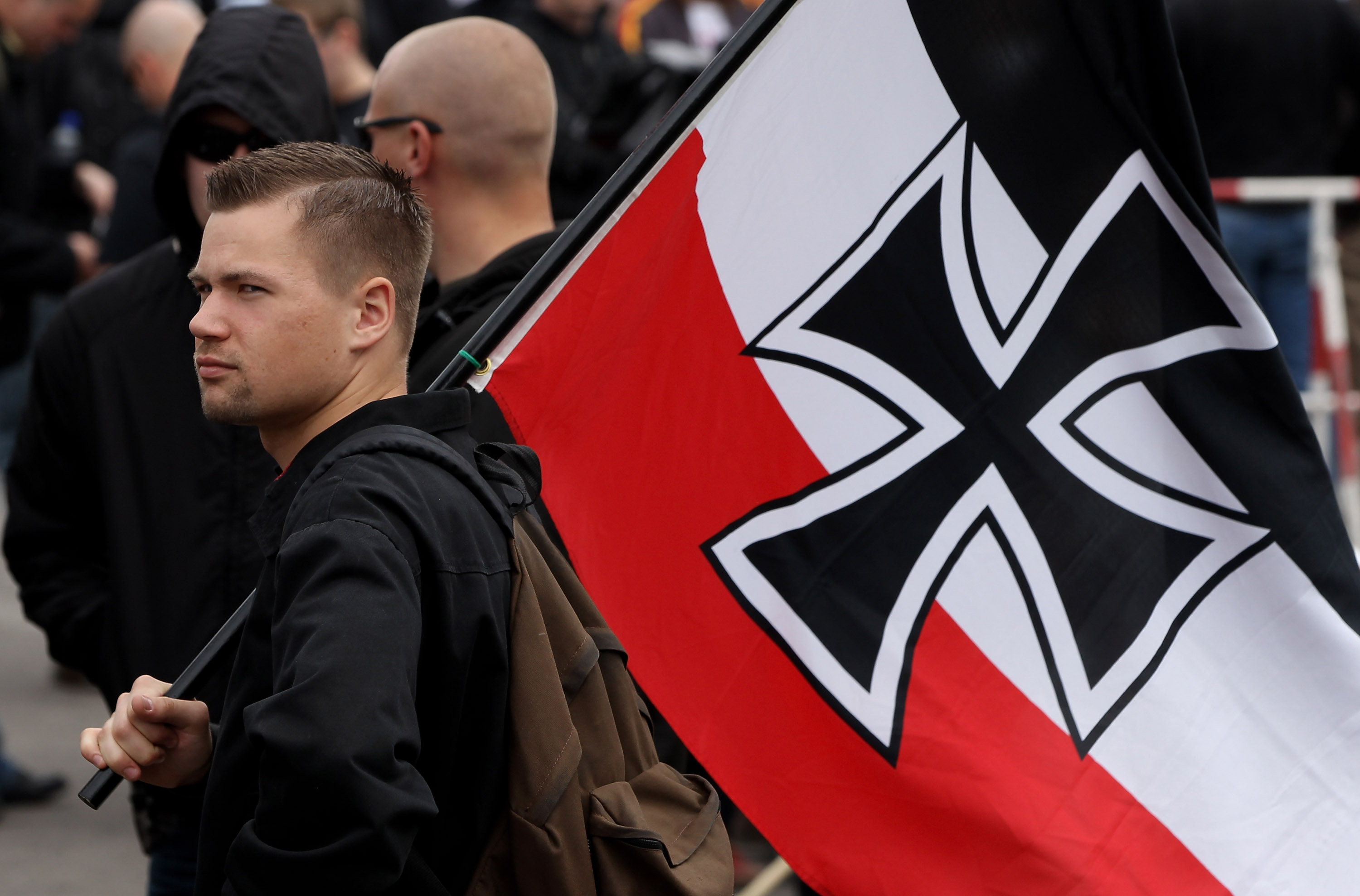 A neo-Nazi supporter arrives at a Berlin rally bearing colours of the pre-World War I German Empire. (Photo by Sean Gallup/Getty Images)

Feuerkrieg Division has been described by the ADL as a group that advocates for a race war and promotes extreme views on white supremacy. It was formed in 2018 and had roughly 30 members, who conducted most activities over the internet.

The group also embraces “accelerationism,” a fringe philosophy which promotes mass violence and disorder in order to fuel society’s collapse.