New Rock Music For The Lockdown 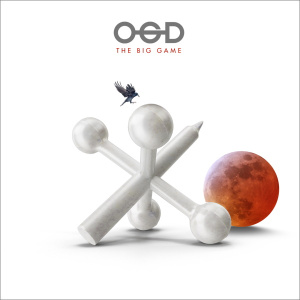 If you haven’t heard of Derek Olivero, you aren’t the only one. He is the frontman for OGD, which you’ve probably guessed is an acronym. Olivero’s guitar and lead vocal are supplemented by Dave De Ranieri on bass and Bobby Gavin on drums; both also contribute vocals.

Their debut album is released officially on August 25, and although they are billed as a power trio, they are nothing like it, rather this is a pleasing brand of melodic rock.

The Big Game contains ten original compositions beginning with Young Love, which you can find on YouTube. Although this isn’t the most inspiring album you will ever hear, it is mostly uptempo and doesn’t include a duff track.

Innocence Ran begins with some acoustic arpeggios but quickly evolves into vocal harmonies.

Setting Sun has a real pleasant feel to it with some excellent axework.

Scary Night sounds like it could be about a horror film, and is followed by Unknown. Unknown what you will have to decide for yourself, but it sure sounds good.

The album finishes with Outland, the longest track at 6 minutes 24 seconds, and like Unknown, somewhat enigmatic. Could it have been inspired by a certain science fiction film?

Olivero has been making music since at least 2013, so is no overnight success, though one thing is for sure, you are guaranteed to hear more of him.