None of the 2020 Democratic presidential candidates have agreed to attend the first Muslim-American national gathering on July 23rd and 24th, according to the Huffington Post.

Both the Muslim Conference and the Huffington Post reached out to every 2020 Democratic presidential hopeful in regard to the event. Most either did not respond or noted a scheduling conflict. 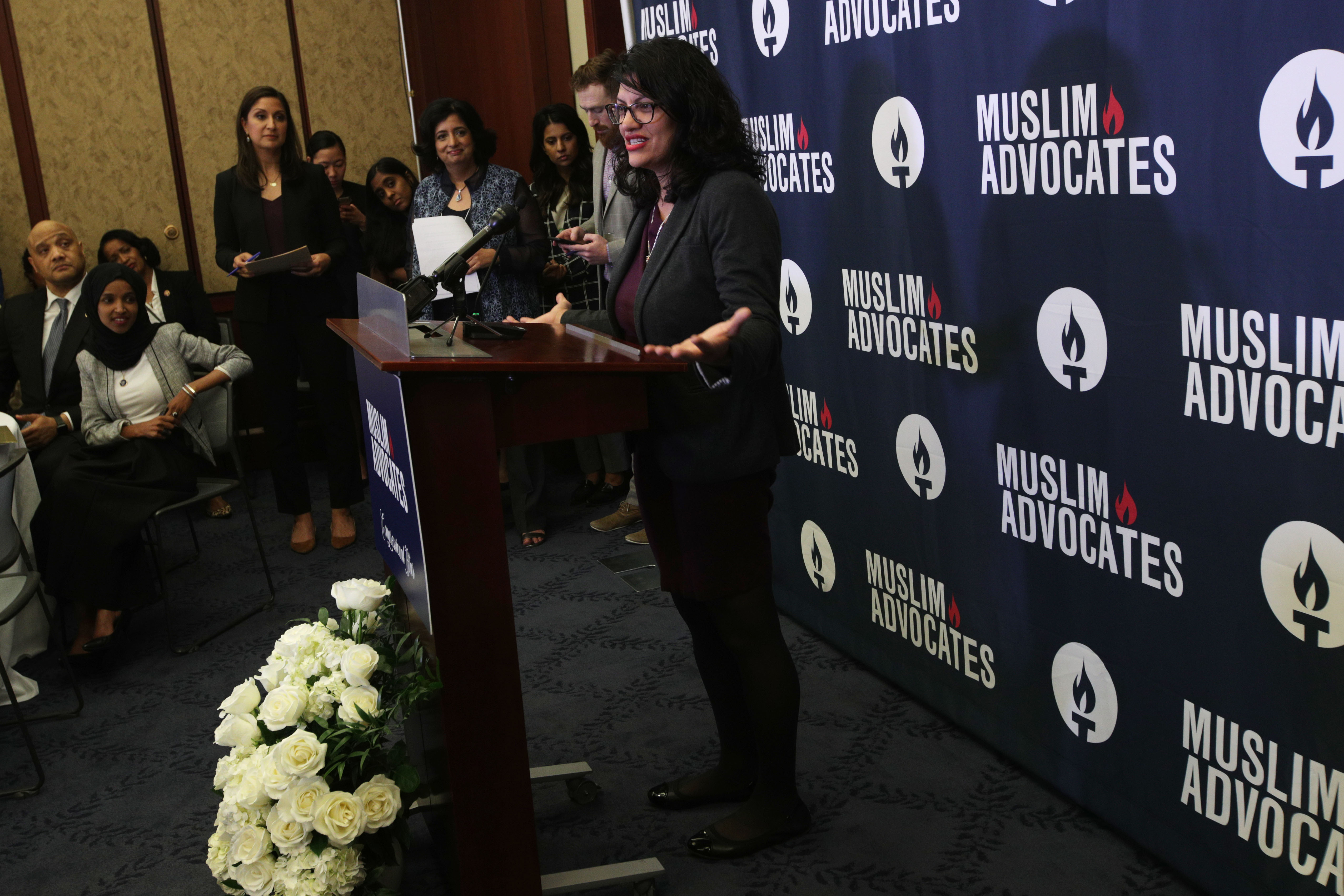 WASHINGTON, DC – MAY 20: U.S. Rep. Rashida Tlaib (D-MI) speaks during a congressional Iftar event at the U.S. Capitol May 20, 2019 in Washington, DC. Muslims around the world are observing the holy month with prayers, fasting from dawn to sunset and nightly feasts. (Photo by Alex Wong/Getty Images)

Vermont Sen. Bernie Sanders, New Jersey Sen. Cory Booker and Minnesota Sen. Amy Klobuchar said they would send pre-recorded videos. However, Massachusetts Sen. Elizabeth Warren confirmed that she would participate via live stream, according to the Huffington Post. None of them will be there in person.

The Conference of the Muslim Collective for Equitable Democracy, hosted by the Muslim Caucus, will take place in Washington, D.C. The organization’s website describes its mission as being “On a bold path to cultivate and lift up our grassroots, multi-state affiliate base of changemakers organizing to advance racial and religious equity.”

Many of the event’s organizers are frustrated with the lack of interest and participation from these prominent Democratic figures in what they believe to be a historic moment for the nation’s Muslim community.

“It’s extremely disappointing,” Ghazala Salam, the group’s president, told the Huffington Post. “How is democracy as accessible as everybody is telling me it is when we’re not even getting the attention of the presidential candidates?”

So far this year, Sanders is the only 2020 Democratic presidential candidate who has visited an Islamic center, the Huffington Post reported.

66% of American Muslims identify with the democratic party, making them the “most Democratic-identifying religious group“ in the United States, according to the Pew Research center.

Additionally, almost 400,000 Muslims came out to vote in 2016 in the state of New York alone, according to Emgage, an organization dedicated to improved Muslim voting influence.

“I think they need to understand that we are going to be an influential group of folks that can help not just the candidates, but the United States, by uplifting all marginalized communities through our work and keeping them from further slipping into chaos,” Zarina Baber, the co-founder and vice president of the Muslim Caucus, said. (RELATED: Ocasio-Cortez Posts ‘Daily Reminder’ Of ‘**Muslim Ban**’ — Here’s What She Missed)

Both Omar and Tlaib will speak at the conference. They will be joined by Minnesota Attorney General Keith Ellison, former Michigan gubernatorial candidate Dr. Abdul El-Sayed and Khizr Khan, the father of a Muslim veteran.