North Korea blew up a border office Tuesday that was created to establish better relations between North and South Korea, numerous sources reported.

The four-story liaison office was seen turning to rubble following a large explosion on South Korea’s Ministry of Defense surveillance, Reuters reported. This follows the North’s announcement that it would sever all communication lines with the South and begin treating the country as an “enemy.” 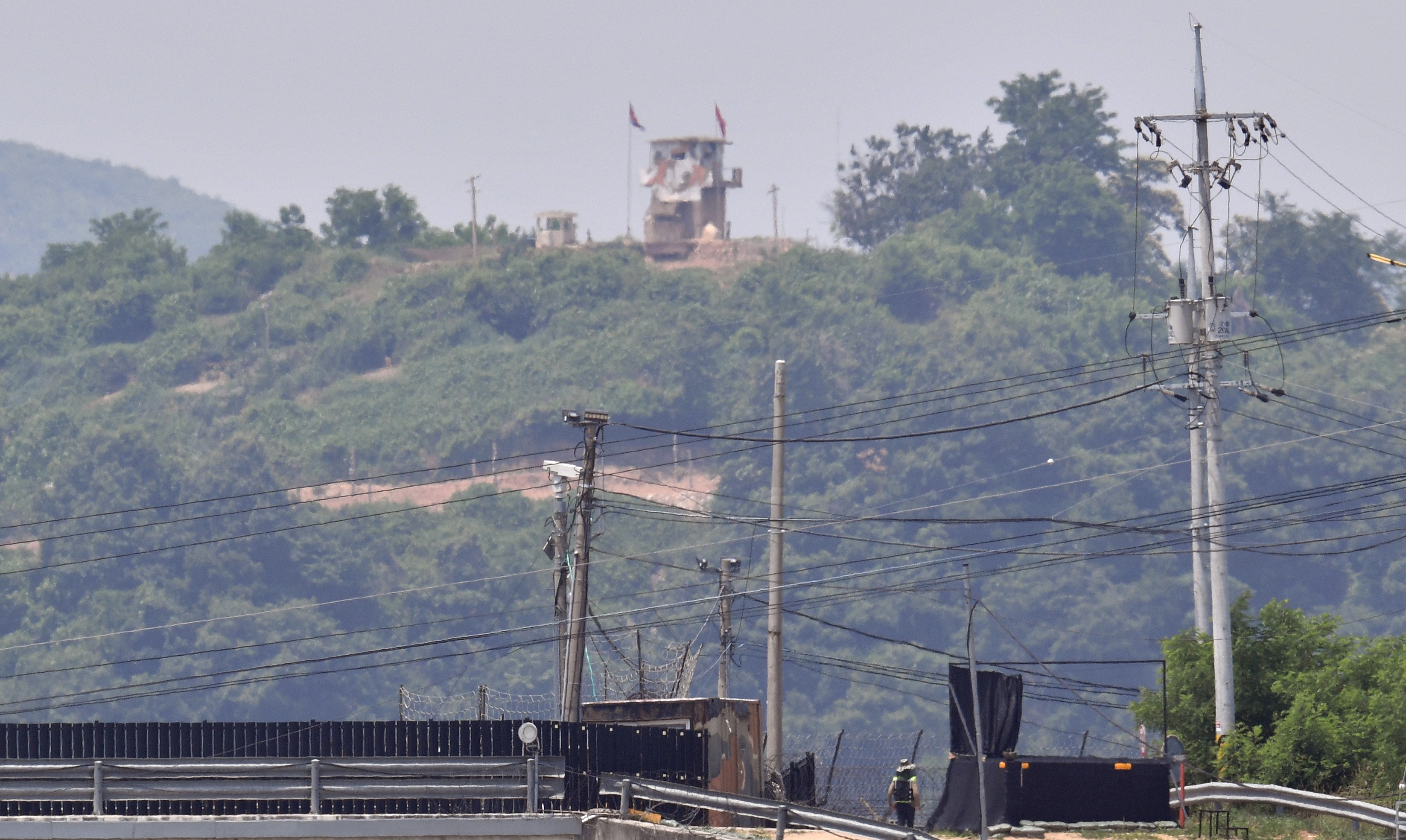 A North Korean guard post (top) is seen over a South Korean military fence (bottom) from the border city of Paju on June 16, 2020. (Photo by JUNG YEON-JE/AFP via Getty Images)

The explosion also reportedly caused a partial collapse in a neighboring building. This building had housed South Korean officials who staffed the office, but has been closed since January due to coronavirus.

The North’s state news agency said “the liaison office was tragically ruined with a terrific explosion,” and the action reflected “the mind-set of the enraged people” of North Korea, according to the New York Times.

South Korean officials said the demolition was “unprecedented in inter-Korean relations” and a “nonsensical act that should have not happened,” Reuters reported.

The office was effectively an embassy for the two countries. According to Reuters, its compromise is a major setback to South Korean President Moon Jae, who has sought to avoid armed clashes. The building was opened in 2018 and South and North Koreans worked on separate floors. 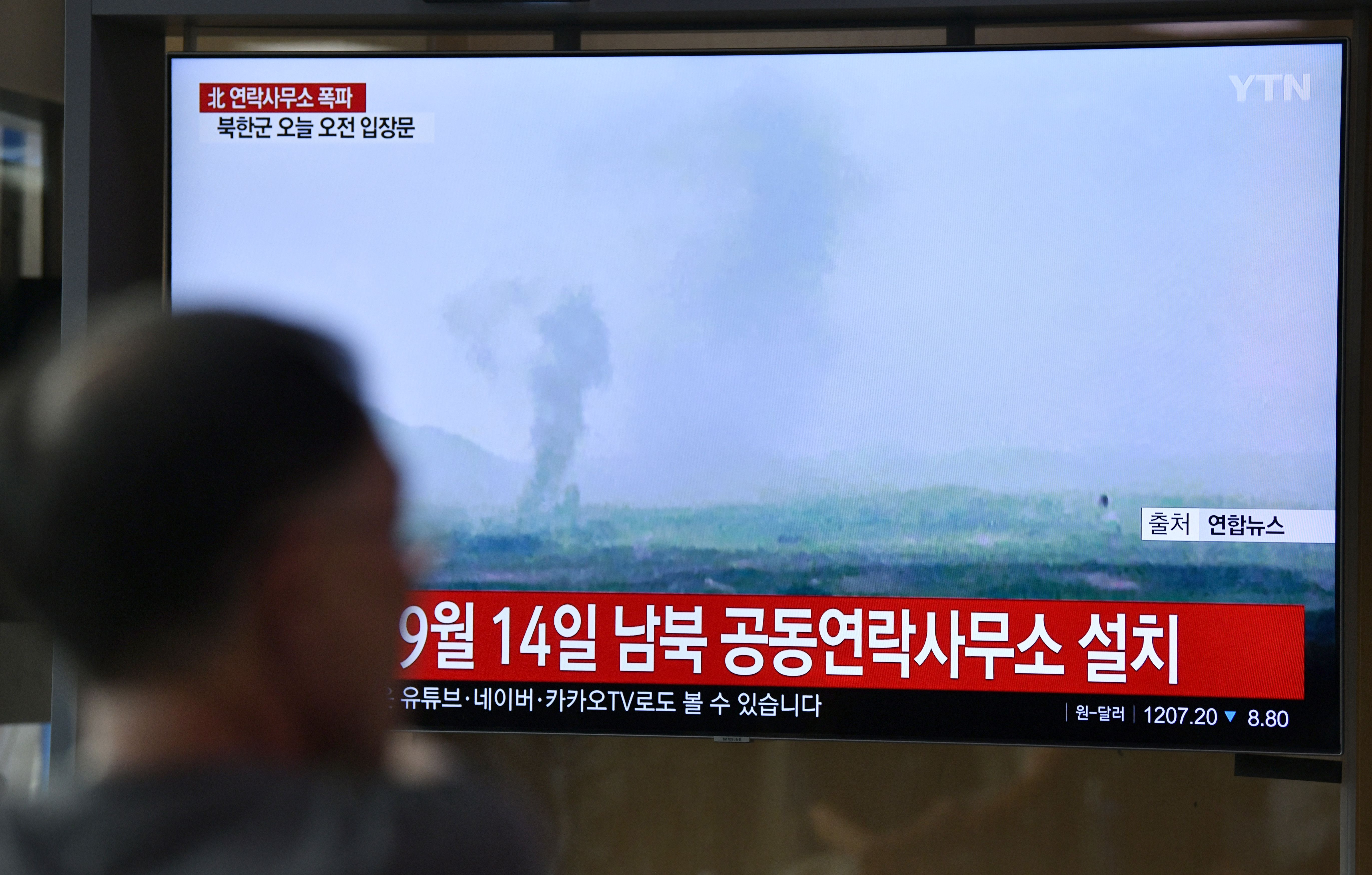 People watch a television news screen showing an explosion of an inter-Korean liaison office in North Korea’s Kaesong Industrial Complex, at a railway station in Seoul on June 16, 2020. (Photo by JUNG YEON-JE/AFP via Getty Images)

The incident comes after anti-Kim Jong Un leaflets were released by defectors into the North, prompting leaders to threaten for several days to close inter-Korean agreements unless the South stopped the release of the materials. (RELATED: State News Agency: North Korea Will Sever All Contact With South Korea, Treat As ‘Enemy’)

KCNA, a North Korean state news agency, said the office was blown up to force “human scum and those, who have sheltered the scum, to pay dearly for their crimes.”

Following the explosion, South Korea’s national security council held an emergency meeting Tuesday and decided that South Korea would sternly respond if the North continued raising tensions, according to Reuters.

“We’re making clear that the North is entirely responsible for all the consequences this might cause,” deputy national security advisor Kim You-geun said in a briefing, Reuters reported.

North Korean state media published a statement by the North Korean military which said it had been asked to develop an “action plan” to “turn the front line into a fortress and further heighten the military vigilance against the South,” according to the New York Times.

The plan would mean that soldiers would be returned to the zones that have been demilitarized under the 2018 inter-Korean pact.