Experts have determined that the painter behind one of the world’s most famous art works, “The Scream,” left the barely visible inscription that has garnered much scrutiny in the art world, numerous sources reported.

Edvard Munch, the Norwegian artist who created the painting in 1893, was determined to have written in pencil “could only have been painted by a madman” in the top left-hand corner of the painting, curators at Norway’s National Museum of Art announced, according to The New York Times. 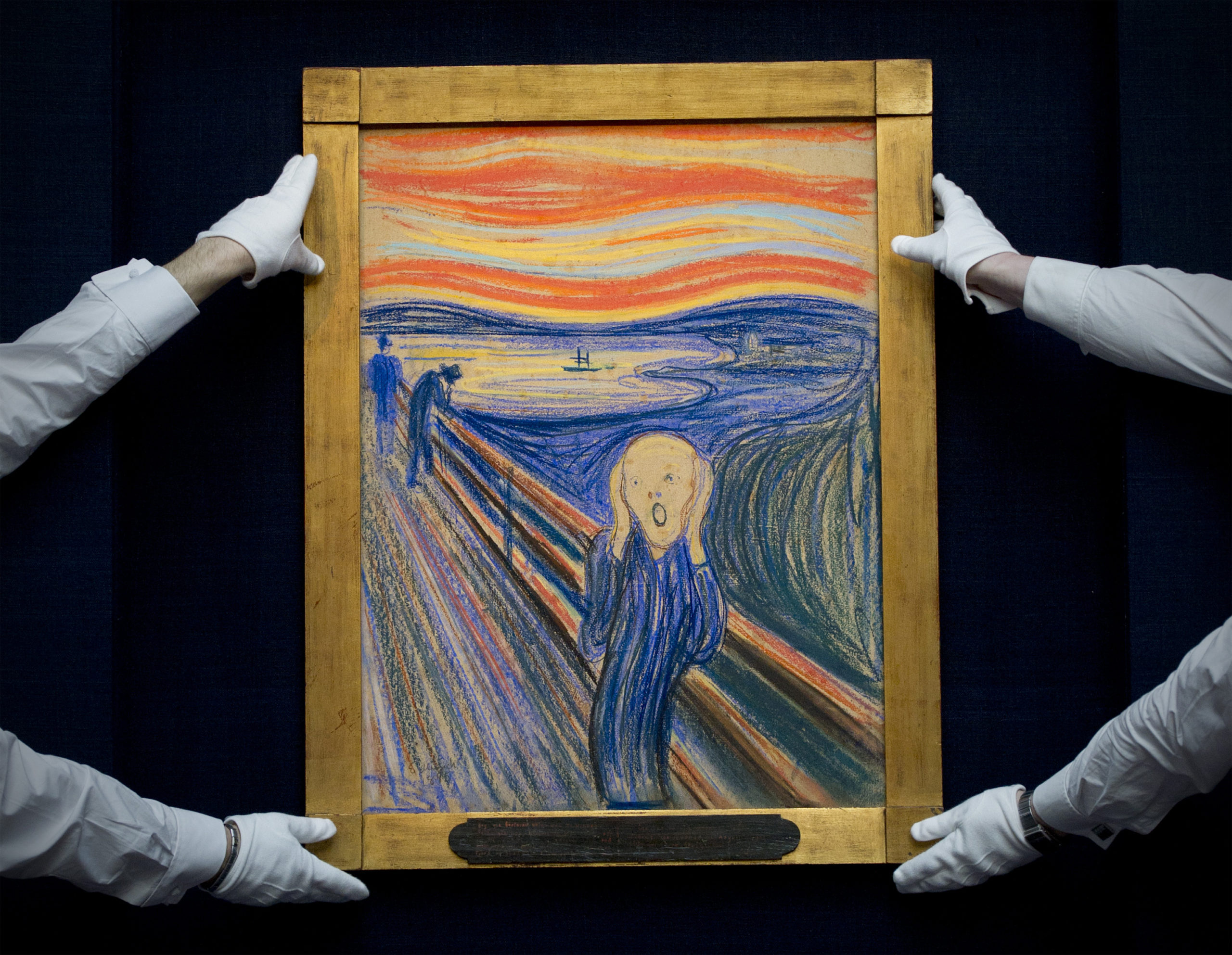 Sotheby’s employees pose with Norwegian artist Edvard Munch’s 1895 pastel on board version of ‘The Scream’ at Sotheby’s auction house in central London on April 12, 2012. (CARL COURT/AFP via Getty Images)

Some art experts believed the inscription was from a viewer who vandalized the painting, while others believed it was Munch himself, who had suffered mental health problems throughout his life, according to the BBC.

The painting — which features a skeletal figure holding his face with his mouth agape — is prepared to be exhibited at the museum, which is located in Oslo, in 2022. The museum used technology to analyze the handwriting and compared it to Munch’s diaries and letters, according to CNN. (RELATED: Rare 15th Century Sandro Botticelli Painting Sold For Record $92 Million)

“The writing is without a doubt Munch’s own,” Mai Britt Guleng, the National Museum’s curator said Monday, according to the Associated Press. “The handwriting itself, as well as events that happened in 1895, when Munch showed the painting in Norway for the first time, all point in the same direction.”

Munch painted four versions of “The Scream” from 1893 to 1910, and the first version is the one that contains the inscription, according to the Times. Munch wrote in his diary that the painting was inspired by “a gust of melancholy,” and it has been interpreted as an expression of human anxiety and existential angst.

Experts believe Munch wrote the inscription on the painting in 1895 after an art exhibition. A medical student said during a debate about Munch’s painting that the art work gave him reason to question the artist’s mental state, calling him a “madman.” The comment hurt Munch’s feelings, and Guleng said the inscription reflects the artist’s fear of being regarded as mentally ill.

“By writing this inscription in the clouds, he took possession, in a way, or he took control of how he was to be perceived and understood,” she said, according to the Times.

Munch had experienced significant loss and trauma his life. His mother and older sister died before he turned 14 years old, and his father died 12 years later, according to the BBC. Another one of Munch’s sisters was admitted to an asylum for bipolar disorder, and Munch was hospitalized after a nervous breakdown in 1908, according to the BBC.

“For as long as I can remember I have suffered from a deep feeling of anxiety which I have tried to express in my art,” Munch wrote. 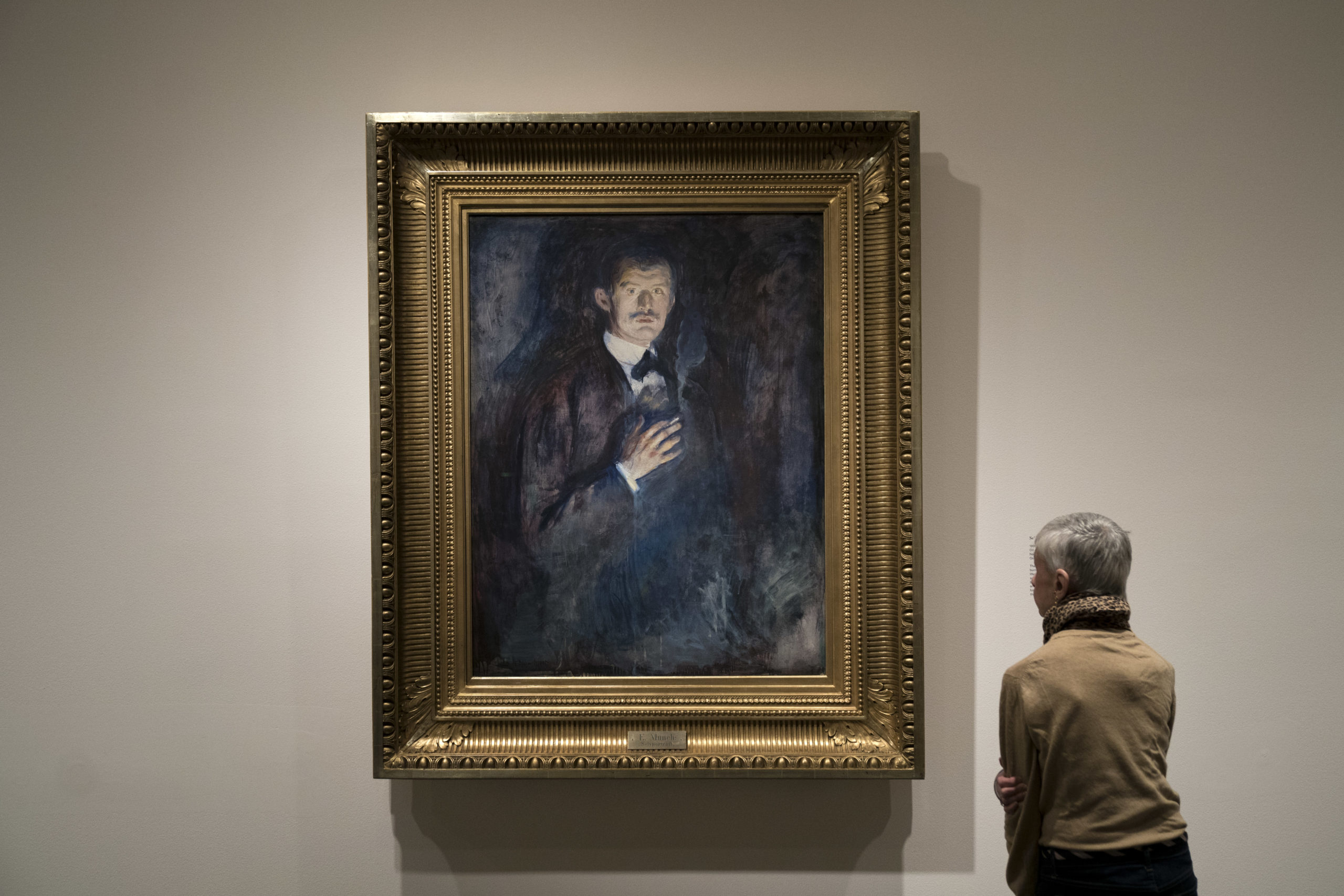 A woman observes ‘Self-portrait with Cigarette’ (1895) painting during a preview of the new Edward Munch exhibition titled ‘Between The Clock and The Bed’ at the Met Breuer, November 13, 2017 in New York City. (Drew Angerer/Getty Images)

“The Scream” and multiple other of Munch’s paintings, including “Madonna” and “The Dance of Life,” will be displayed at the National Museum upon its opening, according to the BBC.