An Airbus A320 passenger plane crashed into a densely-populated Karachi residential area Friday, and most of its 99 passengers are feared dead.

The crash also damaged nearby homes and buildings as the plane veered off course just before it was set to land at the airport.

A plume of smoke is seen after the crash of a PIA aircraft in Karachi, Pakistan May 22, 2020. TWITTER/M_SEMARYAM via REUTERS 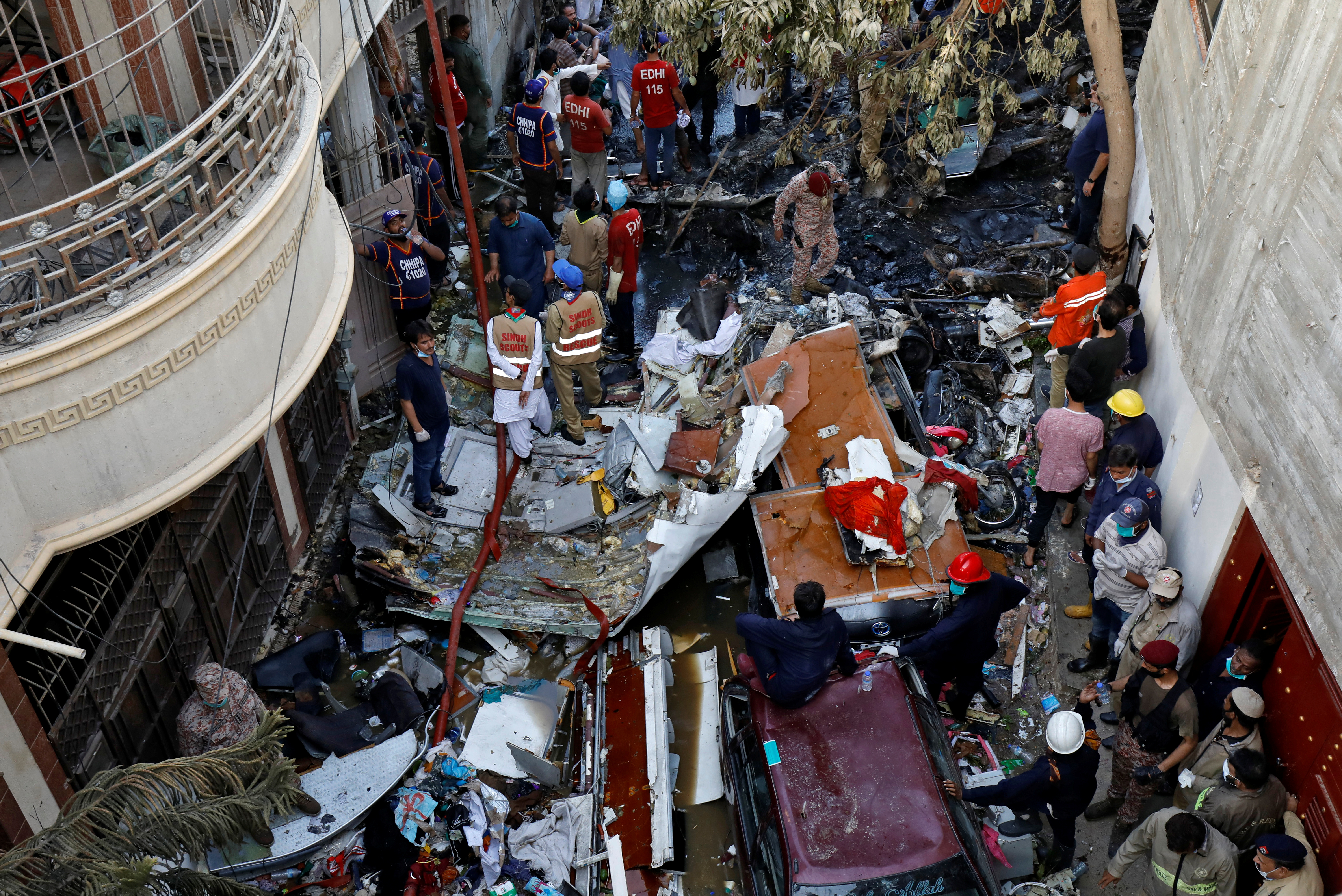 Rescue workers gather at the site of a passenger plane crash in a residential area near an airport in Karachi, Pakistan May 22, 2020. REUTERS/Akhtar Soomro – RC2PTG9FEVAS

It appeared that the plane had been unable to lower its wheels for landing and was forced to circle away from the runway before crashing, according to Reuters. Pakistan’s army and rescue services rushed to the area shortly after the crash was reported. 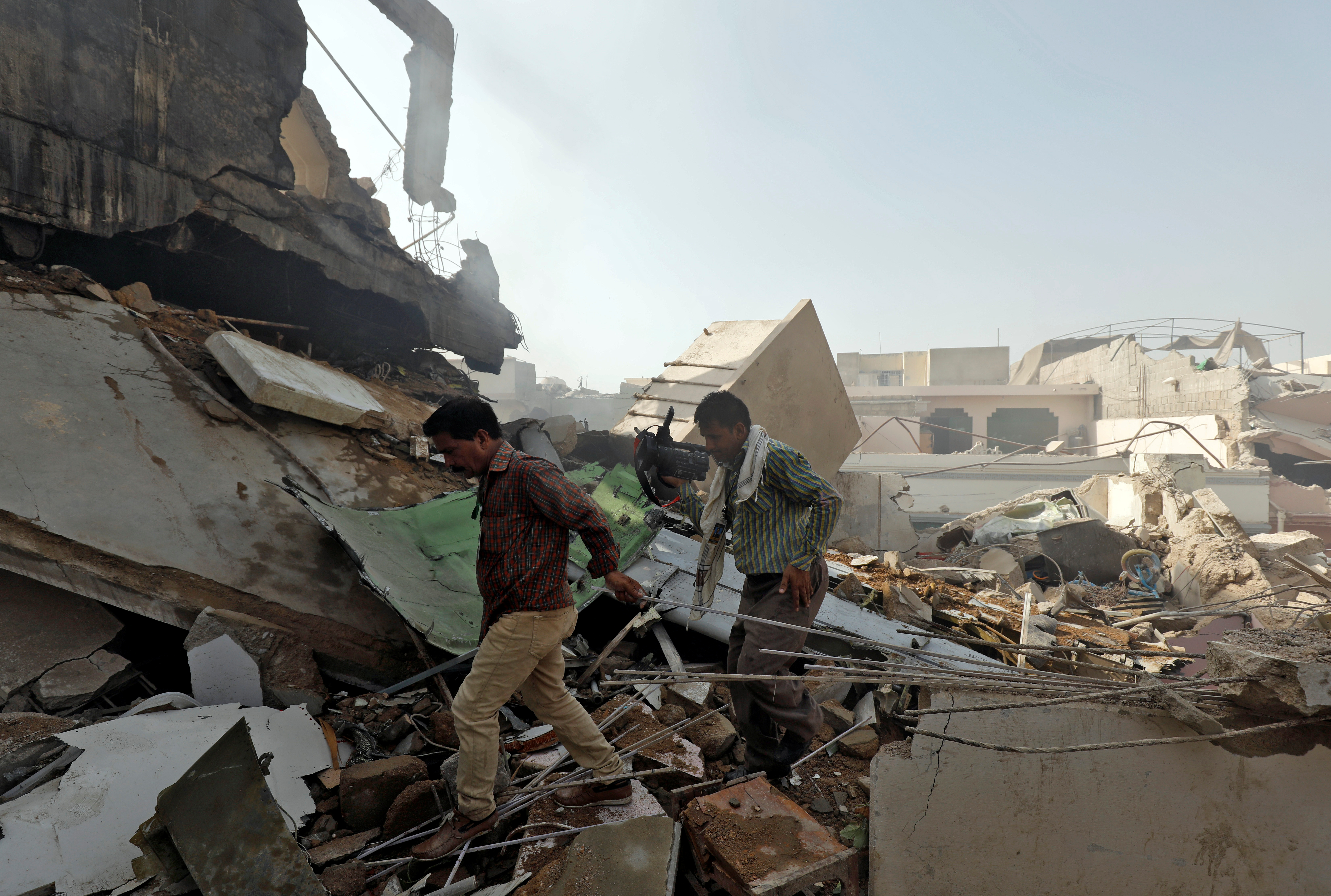 Men walk on the debris at the site of a passenger plane crash in a residential area near an airport in Karachi, Pakistan May 22, 2020. REUTERS/Akhtar Soomro – RC2OTG9SHZGA

The plane, registered as Pakistan International Airlines flight PK 8303, was flying from Lahore to Karachi, and was one of the first passenger planes to resume flying after the country had lifted its lockdown due to the coronavirus.

Pakistan’s Prime Minister Imran Khan tweeted his condolences and mentioned that the airline’s CEO had left for Karachi to assist the rescue operation.

Shocked & saddened by the PIA crash. Am in touch with PIA CEO Arshad Malik, who has left for Karachi & with the rescue & relief teams on ground as this is the priority right now. Immediate inquiry will be instituted. Prayers & condolences go to families of the deceased.

Pakistan’s most recent passenger plane crash occurred in 2016 when 47 people died after a plane crashed into a mountain, and the deadliest incident in the country occurred in 2010 when a plane crashed near the capital of Islamabad, killing 152. (RELATED: 176 People Reportedly Dead From Plane Crash In Iran, Country Refusing To Give Black Box To Boeing)

Shakeel Ahmed, a nearby resident and witness, told authorities that “the airplane first hit a mobile tower and crashed over houses,” and added that the plane crash occurred just a few kilometers from Jinnah International Airport. Karachi mayor Wasim Akhtar also stated that dead bodies were being collected and injured people in the residential area were being treated.

At least one passenger is reported to have survived and was taken to the nearby Jinnah Hospital. “God has been merciful,” he told government officials who were visiting him at the hospital. 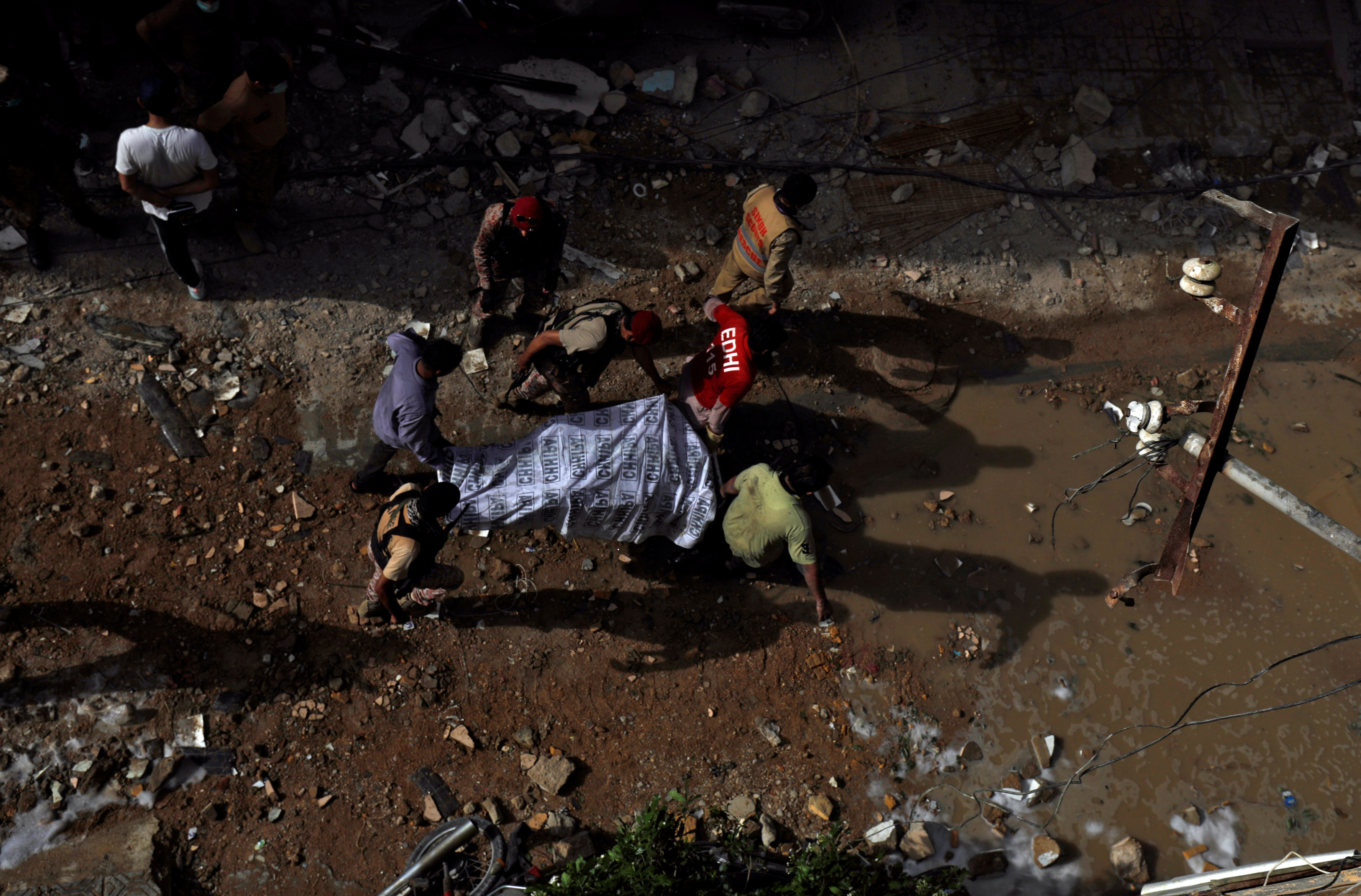 Rescue workers carry a victim at the site of a passenger plane crash in a residential area near an airport in Karachi, Pakistan May 22, 2020. REUTERS/Akhtar Soomro – RC2OTG90IHMN