People for Ethical Treatment of Animals (PETA) is urging the Pentagon to stop using live animals in its military exercises, one of which includes U.S. troops drinking cobra blood.

In a letter addressed to Defense Secretary Mark Esper and sent Monday, PETA asks him to stop the “crude killing of animals during the annual Cobra Gold military exercise,” which includes the consumption of cobra blood, live scorpions and tarantulas, and geckos. (RELATED: Marines Are Guzzling Cobra Blood In Thailand Because Apparently That’s How They Train For War)

The animal rights group argued that the consumption of live animals puts the troops at risk of contracting zoonotic diseases. “Considering the danger zoonotic diseases pose to the troops — and indeed to all humanity — it is imperative that you end the use of live animals in Cobra Gold and instead use more effective and ethical non-animal training methods,” the letter reads. 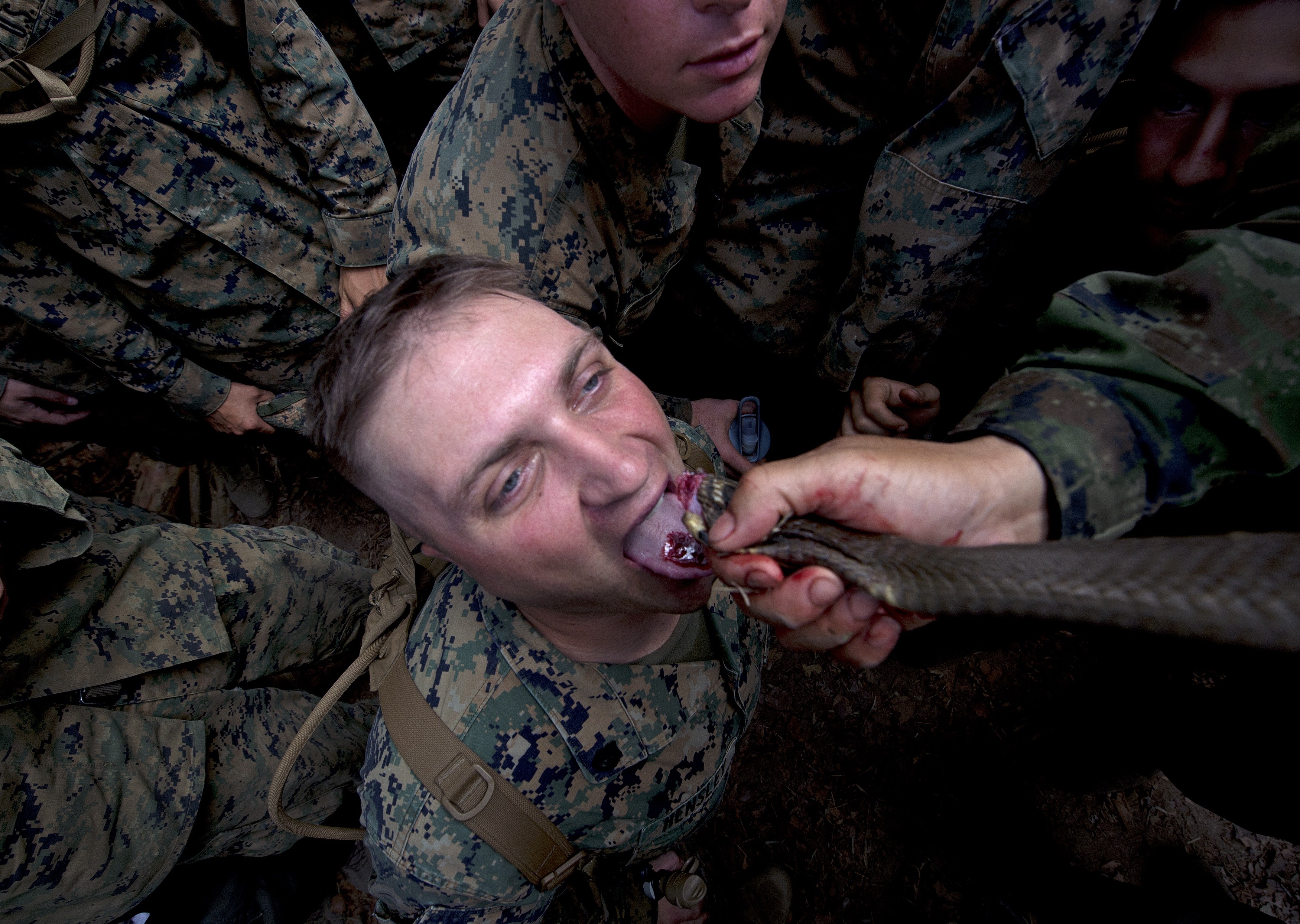 A US Marine drinks cobra blood during a jungle survival program as part of the annual Cobra Gold 2014 combined military exercise. (PORNCHAI KITTIWONGSAKUL/AFP via Getty Images)

Cobra Gold is a multinational military exercise annually held in Thailand with several stages, including live fire training, land mine destruction and an amphibious assault demonstration, according to the Hill.

Photos from March show Marines drinking cobra blood as part of a jungle survival training exercise. Other photos show a marine eating a scorpion as part of the exercise.

PETA wrote to the Marine Corps commandant, Gen. David Berger, in March objecting to the killing of animals in the Cobra Gold exercises. Drinking cobra blood is a “last resort” that provides nutrition to help a body stay alive, the Defense Department said in a news release, Stars and Stripes reported. 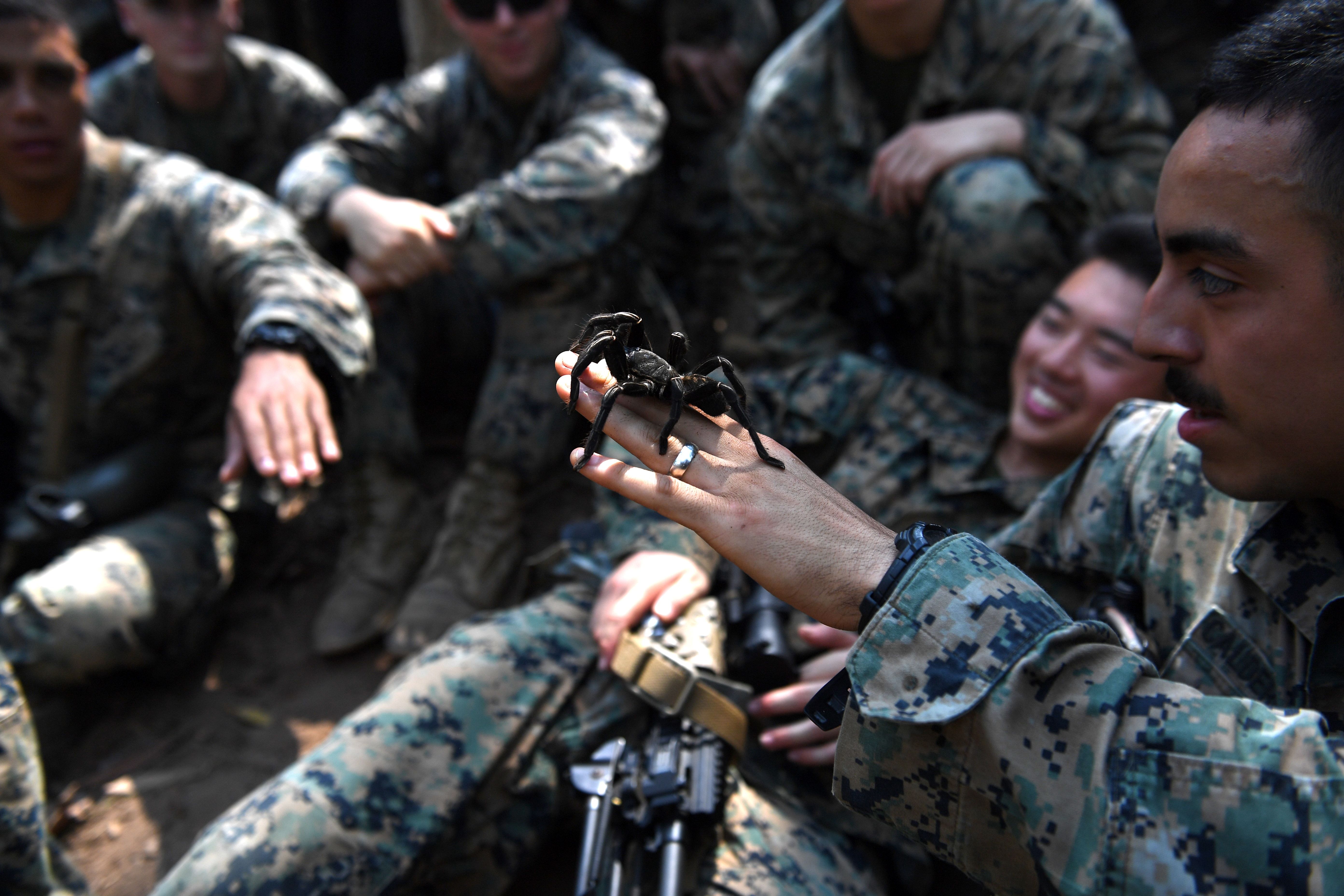 A US Marine holds a tarantula during a jungle survival training with Thai soldiers in the joint ‘Cobra Gold’ military exercise. (LILLIAN SUWANRUMPHA/AFP via Getty Images)

Marine Corps Mountain Warfare Training Center in California and U.S. Army Dugway Proving Ground in Utah curtailed its use of live animals in survival training after discussions with PETA in the past.

The U.S. Air Force, however, refused a PETA request in 2016 to refrain from using live rabbits in survival training, Stars and Stripes reported.

The Defense Department has not responded to a request for comment in time for publication.