A petition urging officials in a North Dakota county to ban sanctuary cities, illegal immigrants and refugees gained around 5,000 signatures as of Tuesday, the Minot Daily News reported.

The Ward County Commission said they would uphold laws prohibiting illegal immigration and those supporting Second Amendment rights, though they asked petitioners to provide more specific language to be considered, according to the Minot Daily News. The petition asked the commission to ban illegal immigration and refugees from the county and to establish the region as a “gun sanctuary.” 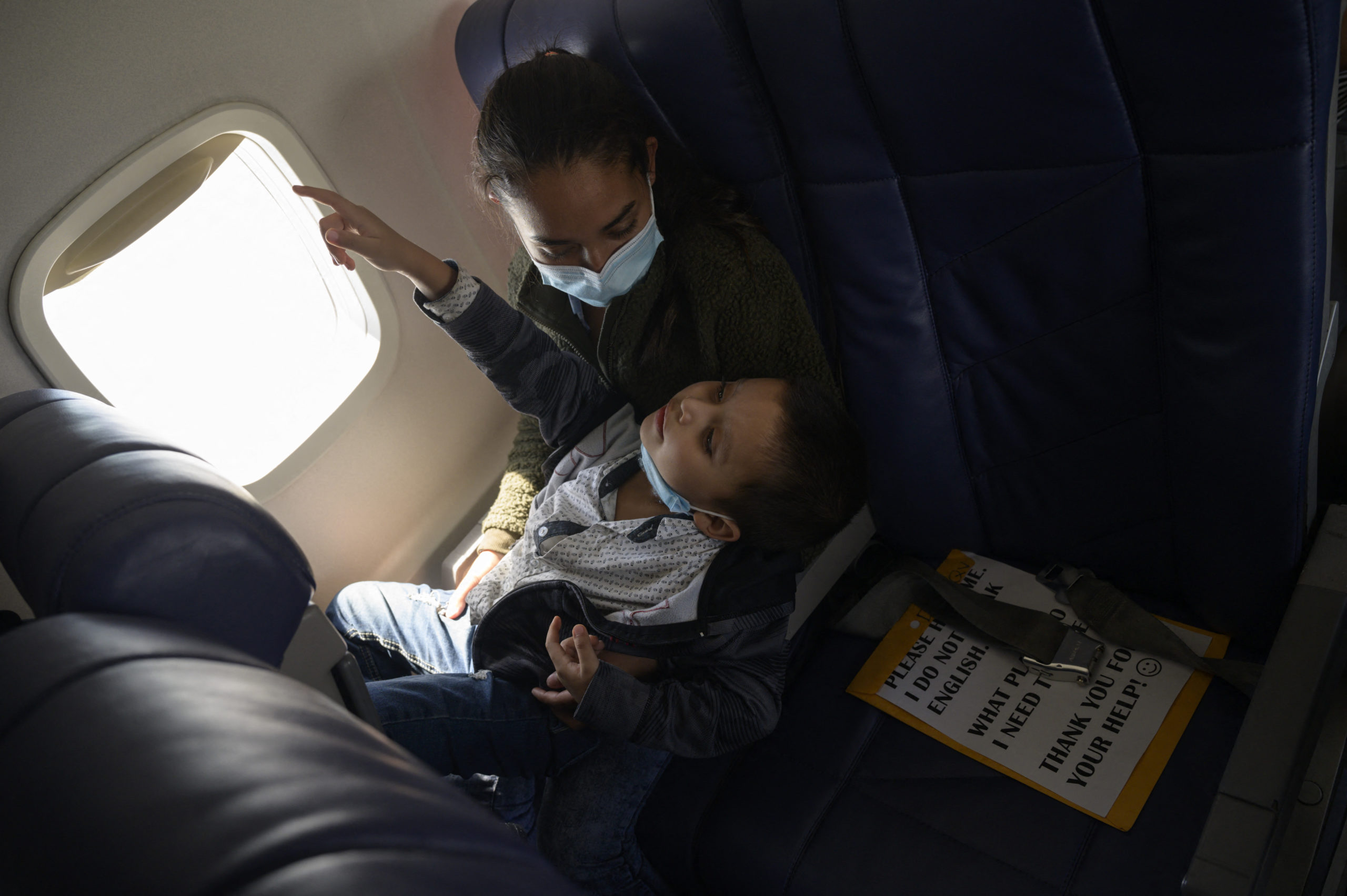 Central American migrants Lidia and her son Isaac sit aboard their flight on March 30, 2021 from McAllen to Houston after being released from a US government holding facility for illegal migrants seeking asylum in McAllen, Texas. (Photo by Ed JONES / AFP) (Photo by ED JONES/AFP via Getty Images)

“We have videos of them coming into our airport. It is of serious concern to many in this area,” Egeberg said, the Minot Daily News reported. “If we don’t ban them, it’s going to cause pressure on us as taxpayers here in the county.”

Ward County Sheriff Robert Roed said the department can only surrender illegal migrants to federal border officials, according to the Minot Daily News. Roed said he would support a local initiative to stop illegal immigration from becoming an issue for the county.

“We have no control over what the Border Patrol does,” Roed said, the Minot Daily News reported. He added that federal officials target illegal migrants with serious criminal histories and that his police department has not seen an increase in encounters with illegal migrants over the last year.

None of the Ward County commissioners were opposed to anti-illegal immigration efforts, according to the Minot Daily News. (RELATED: Biden’s Allies Are Preparing For Onslaught Of Republican Criticism As The Border Reopens)

“I don’t believe we have to take any action on that other than just to say that we agree with banning sanctuary cities,” Commissioner Howard Anderson said, the Minot Daily News reported. Though he expressed concerns about designating the county as a Second Amendment sanctuary.

“The word ‘sanctuary’ and the Second Amendment means, in my opinion, that if somebody is violating a Second Amendment law, we would agree not to turn them over to ATF (Bureau of Alcohol, Tobacco, Firearms and Explosives), or a federal law enforcement agency that deals with Second Amendment violations,” Anderson said, the Minot Daily News reported. “I’m not quite sure I want to jump into that just yet, especially at the county level.”

Egeberg said the petition wouldn’t impede on law enforcement’s ability to prosecute criminals, according to the Minot Daily News. The commission asked for the petition to clarify the parameters of the gun sanctuary declaration before they would consider supporting it.