Police in France charged a girl with slander after she admitted to lying about slain schoolteacher Samuel Paty, who was beheaded in October after showing students caricatures of the Prophet Muhammad during a lesson on freedom of speech, the BBC reported Monday.

The 13-year-old girl admitted that she told her father Paty had asked Muslim students to leave the room while he showed the caricatures of the Prophet Muhammad that appeared in the satire magazine Charlie Hebdo 2015, according to the BBC. 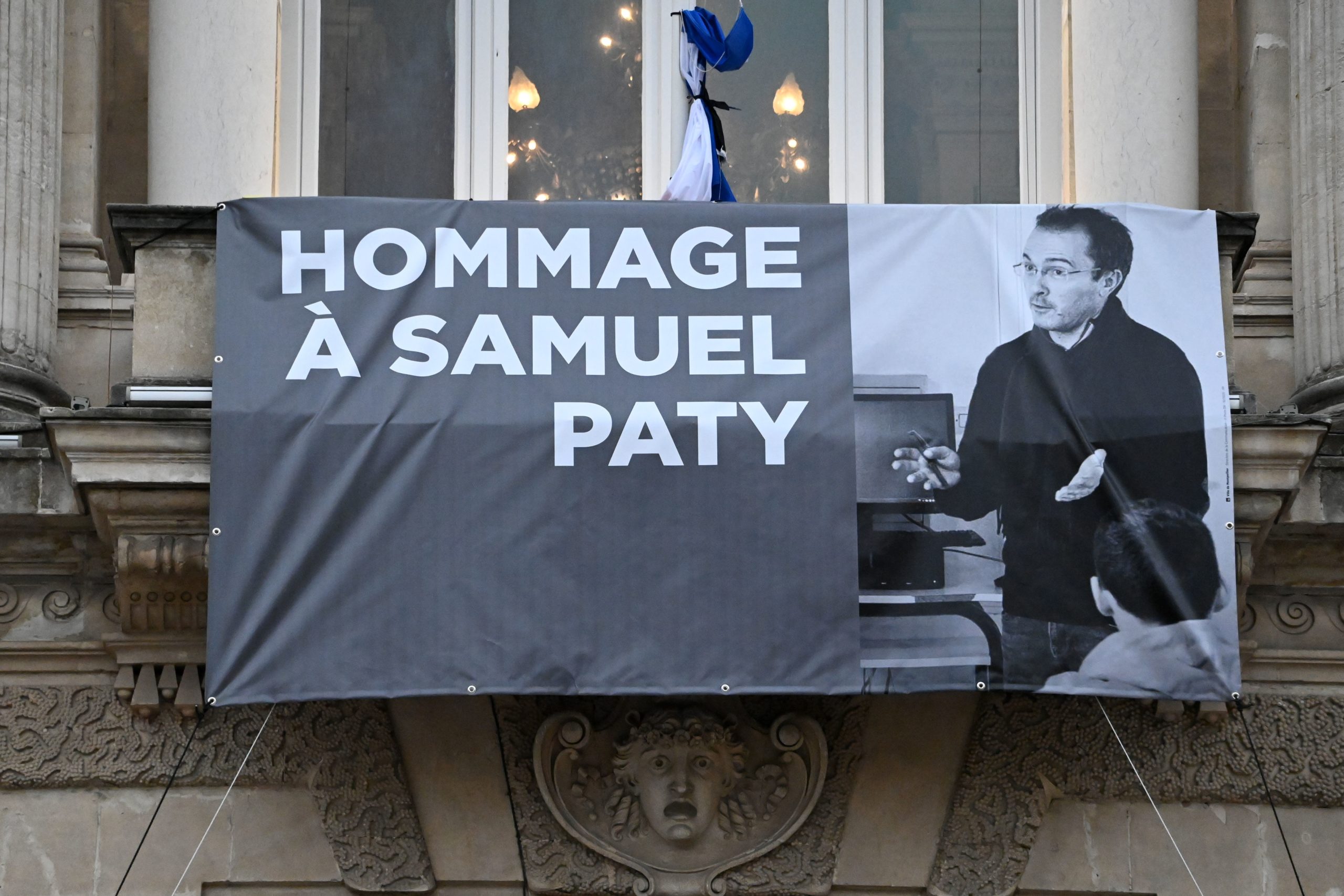 A portrait of French teacher Samuel Paty is displayed on the facade of the Opera Comedie in Montpellier on October 21, 2020, during a national homage. (Photo by PASCAL GUYOT/AFP via Getty Images)

After the girl lied to her father, he filed a legal complaint against Paty, and then launched an online campaign against the teacher. After the killing, prosecutors said there was a “direct causal link” between online incitement against Paty and his slaying by an 18-year-old Chechen refugee.

The girl’s lawyer claimed she lied because “she felt trapped in a spiral because her classmates had asked her to be a spokesperson,” Agence France-Presse reported, according to the BBC.

The girl’s father and an Islamist preacher also face charges of complicity in the murder.

Abdoullakh Anzorov, Paty’s killer, was shot dead by police. He had reportedly claimed responsibility for the attack in a text found on his phone, where there was also a picture of Paty, according to the Associated Press.

Anzorov allegedly said he wanted to punish Paty for showing students the cartoons, according to Reuters. Days after the killing, French police raided the homes of suspected Islamic radicals and interviewed nearly 80 people, many of which police believed posted messages supportive of Anzorov. (RELATED: French Police Detain 7 People With Links To Refugee Who Beheaded Schoolteacher)

Anzorov reportedly asked students to identify Paty to him before he killed him.

Less than two weeks after the slaying, Brahim Aouissaoui, a Tunisian migrant, allegedly killed three people at a church in France. Prosecutors say Aouissaoui had photos of Anzorov on his phone, along with images linked to ISIS. Anzorov also reportedly had ties with an Islamist fighter in Syria. 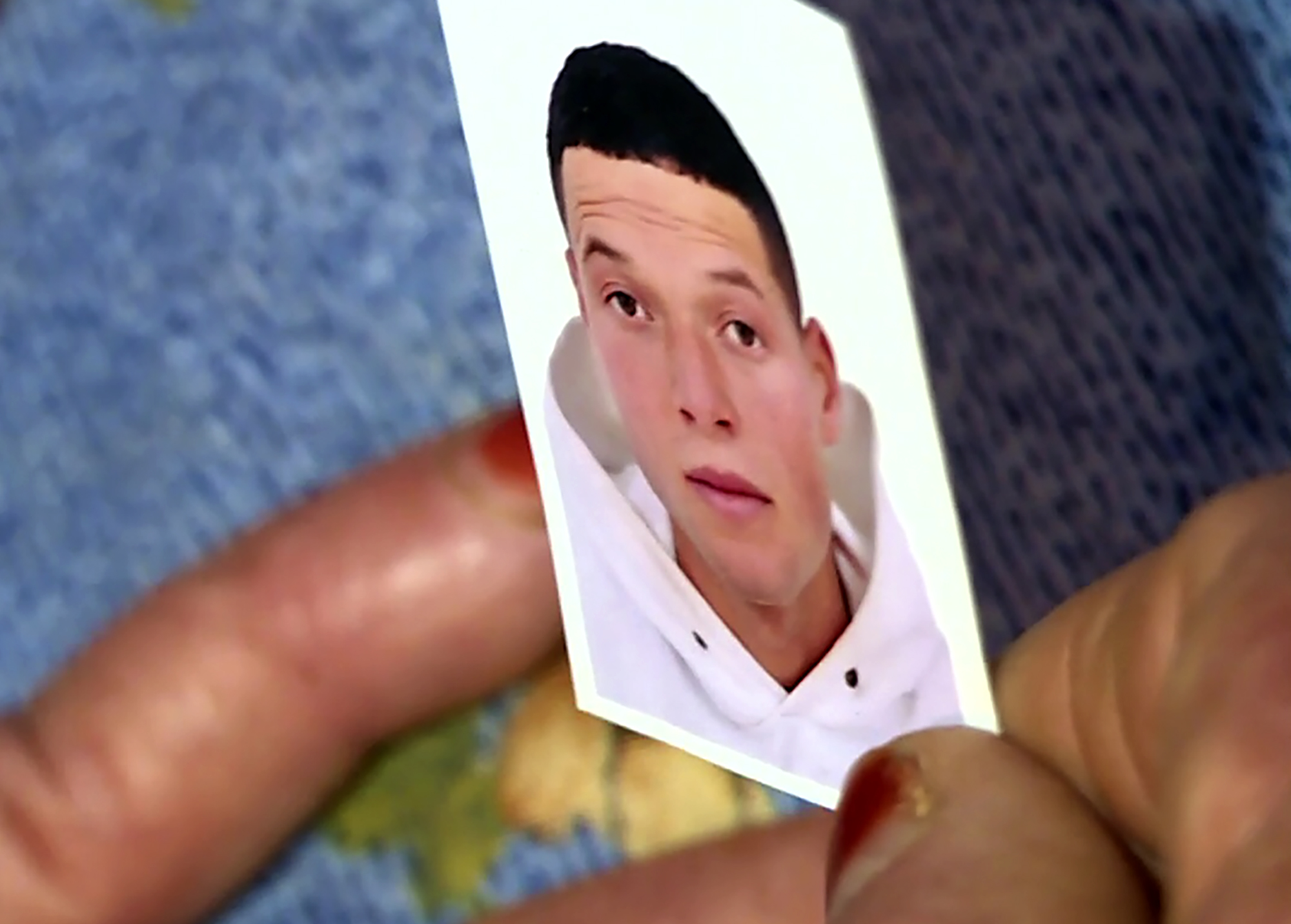 This image grab from AFP TV shows a picture of Nice assailant Brahim Aouissaoui, who a day earlier killed three people and wounded several others in the southern French city of Nice, held by his mother at the family home in the Tunisian city of Sfax, on October 30, 2020.(Photo by AFPTV TEAMS/AFP via Getty Images)

In February, French lawmakers voted overwhelmingly to approve a bill intended to safeguard France against radical Islamists and promote respect for the country’s values. The bill would strengthen oversight of mosques, schools and sports clubs. The legislation would also ban virginity certificates and put an end to forced marriage and polygamy.

French president Emmanuel Macron aims to rid France of what authorities have called a “parallel society” of radical Muslims who live in an underworld that thrives in some neighborhoods around France, where a radical vision of Islam can take control of the local population to inculcate their beliefs, the Associated Press reported in October, when the bill was announced.

Following the attacks, Macron issued a charter to Muslim leaders that delineates restrictions intended to curb “Islamist separatism” in the country. Requirements in the charter included accepting Islam as a religious and not a political movement and banning “foreign interference” in Muslim groups, such as mosques.

France has the largest Muslim population in Western Europe, with up to 5 million Muslims. Islam is France’s second largest religion, according to the AP.