Poll: Majority Of Religious Americans Think Coronavirus Is A Sign From God That Humans Need To Change

Nearly two-thirds of religious Americans feel the coronavirus pandemic is a sign from God telling humanity to change its ways, a new poll finds.

The University of Chicago Divinity School and the Associated Press-NORC Center for Public Affairs Research found that many Americans, both religious and unaffiliated, appear to be seeking deeper meaning in the pandemic.

The poll was conducted April 30 through May 4 using online and telephone interviews with 1,002 adults.

Evangelical Protestants are more likely than other religious groups to strongly believe believe that the virus is a sign of a divine message at 43%.  Meanwhile, 28% of Catholics and mainline Protestants reported this belief.

Father Christoper Williams gives communion to parishioners in their cars outside of the Basilica of San Albino on May 2, 2020. (Photo by PAUL RATJE/AFP via Getty Images)

There was no specification of a faith in the poll, but there was only the required qualification that the individual believes in God. Jews and Muslims, a much smaller religious population, did not make up a large enough sample size for the survey.

One person told the Associated Press that although he doesn’t affiliate with organized religion, he thought the virus “could be a sign, like ‘hey, get your act together’ — I don’t know.”

“It just seems like everything was going in an OK direction and all of a sudden you get this coronavirus thing that happens, pops out of nowhere.”

Black Americans were also more likely than White and Latino Americans to say they feel the virus is a sign from God, the poll found, regardless of education, income, or gender.

Black Americans are overwhelmingly Christians, at 79%, according to Pew Forum. More than half identify as Historically Black Protestant, and 14% identify as Evangelical Protestant.

While 47% of Black Americans said they felt strongly that the virus was a sign that God wants humanity to change, 37% of Latino and 27% of white Americans expressed this sentiment. 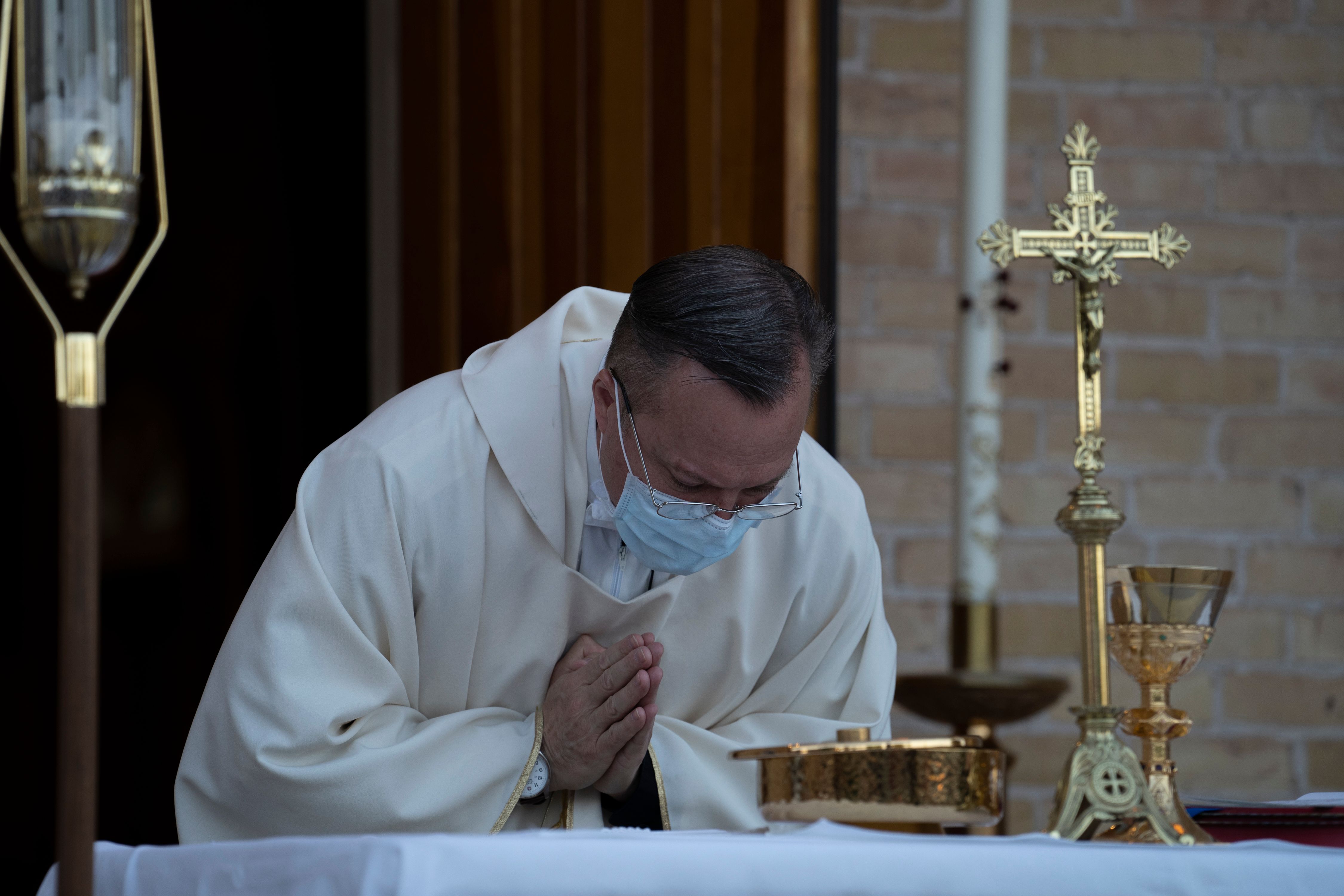 Father Christoper Williams of the Basilica of San Albino performs the Eucharist during an outdoor mass on May 2, 2020 in Mesilla, New Mexico, amid the coronavirus pandemic. – (Photo by PAUL RATJE/AFP via Getty Images)

Over half of American believers say they feel at least somewhat that God will protect them from being infected, with Evangelical Protestants more likely than other groups to believe that.

Religion has emerged as a point of contention during stay-at-home orders, which have prevented millions of Americans from attending worship services, and in some cases, has led to protests and law suits alleging state infringement on constitutional rights. (RELATED: These States Banned Religious Gatherings But Kept Liquor Stores Open)

As restrictions in many states are being eased, many houses of worship are either opening in limited capacities or are still prohibited from reopening for religious gatherings.