A video released by Turkmenistan state media earlier this month showed President Gurbanguly Berdimuhamedov attempting to display his marksmanship by shooting at a pyramid of oil barrels in the desert.

Clips from state-backed network Altyn Asyr circulated online and showed Berdimuhamedov exploding a group of oil barrels shaped into a pyramid with a minigun mounted on an SUV. He assembled a group of onlookers that appeared to be military personnel for the performance.

The eagle-eyed may note that he seems to hit anywhere other than the actual barrels before the whole arrangement goes sky-high pic.twitter.com/SXgPQzAmuo

Many of the bullets appeared to miss their mark but the oil barrels exploded within a few seconds as the onlookers clapped in unison. A second clip also showed Berdimuhamedov shooting human-shaped targets with a pistol.

The video reportedly followed soon after the State Security Council held an “offsite session” Sept. 2 for a routine meeting on military and law enforcement activities in the country, according to state-backed news agency Turkmenistan Today. (RELATED: Turkmenistan Bans Use Of The Word ‘Coronavirus’)

Berdimuhamedov is known for partaking in videos that demonstrate his numerous hobbies. A video released Dec. 2019 showed the president showing off his workout session as he showed onlookers how to lift weights, BBC reported. Other stunts include producing a rap video with his grandson and riding horses. 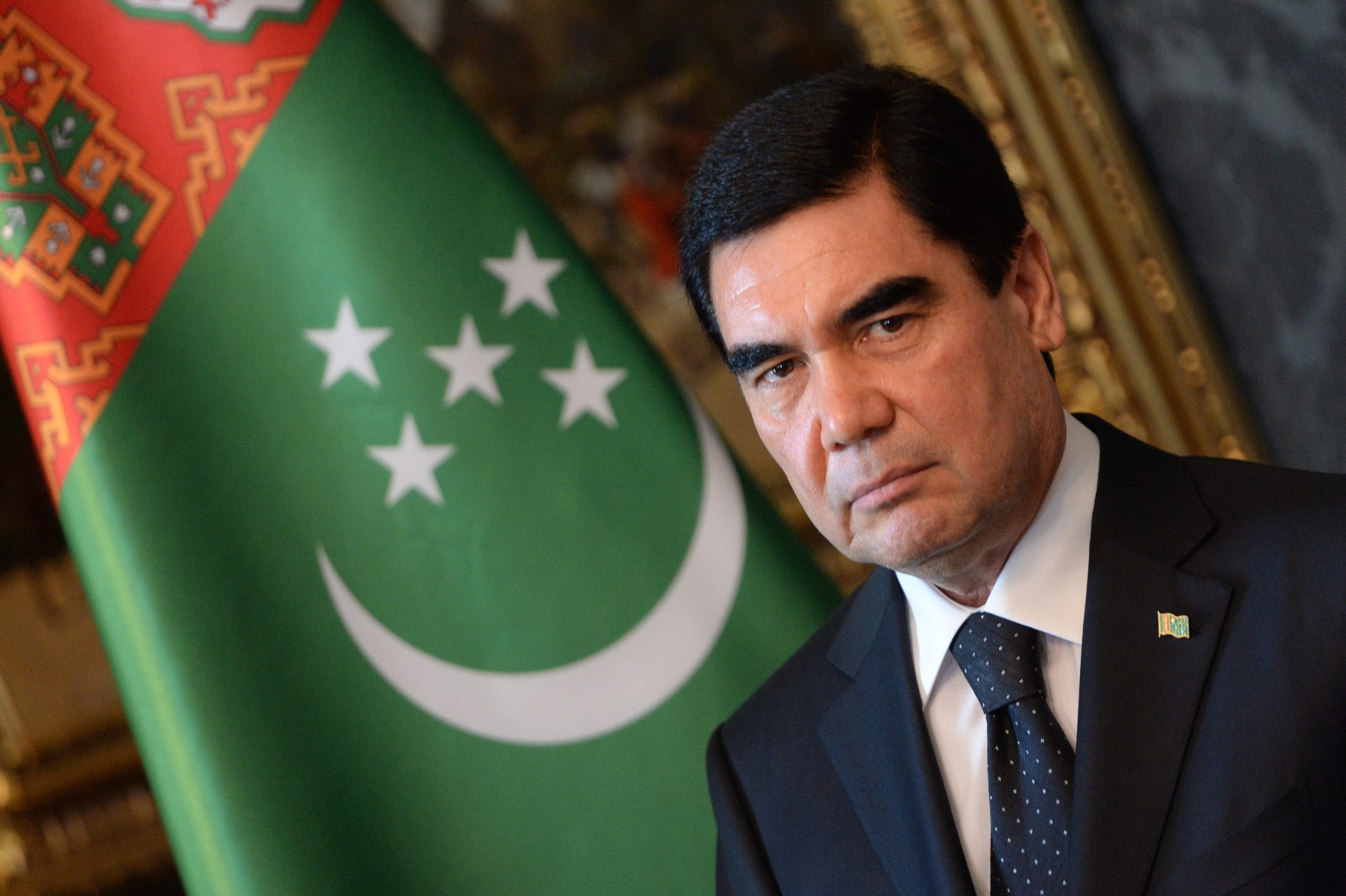 Turkmenistan is considered one of the most repressive countries in the world — akin to North Korea — and consistently ranks near the bottom of the list in terms of political and civil liberties, according to the State Department. Berdimuhamedov also effectively runs the country as a police state under the authority of the Ministry of National Security.

Berdimuhamedov has been in power since 2006 and has since then developed a personality cult, according to Human Rights Watch. The country has access to significant reserves of oil and natural gas which allow Berdimuhamedov and his family to enrich themselves.