Priest Viciously Shoved Off Altar By Woman While Celebrating Mass

A Brazilian priest celebrating Mass Sunday with 50,000 young people present was attacked by a woman who shoved him off the two-meter-tall altar. The unidentified 32-year-old woman ran at the priest, Grammy-nominated Latin singer Father Marcelo Rossi, and shoved him so hard he flipped off the altar and landed with a thud.

The woman appeared to smile after Father Rossi landed on the ground. When Father Rossi was pushed, the congregation erupted in screams and covered their eyes.

Father Rossi was attended to by firefighters, but soon returned to the altar and finished Mass, which was live-streamed over the internet. He reportedly suffered only minor injuries. He says he was protected by the Virgin Mary, according to EWTN News.

The Mass took place in Cachoeira Paulista, Brazil at the conclusion of a youth retreat.

The woman, a participant in the retreat who has a 3-year-old son, was detained by local police. Her retreat group, which traveled from Rio de Janeiro, told police she suffers from bipolar disorder. Father Rossi declined to press charges, according to New York Daily News.

The attacker told reporters Monday what happened was “between [Rossi] and I,” according to the newspaper O Dia. (RELATED: Catholic Priest Stabbed Repeatedly During Live-Streamed Mass) 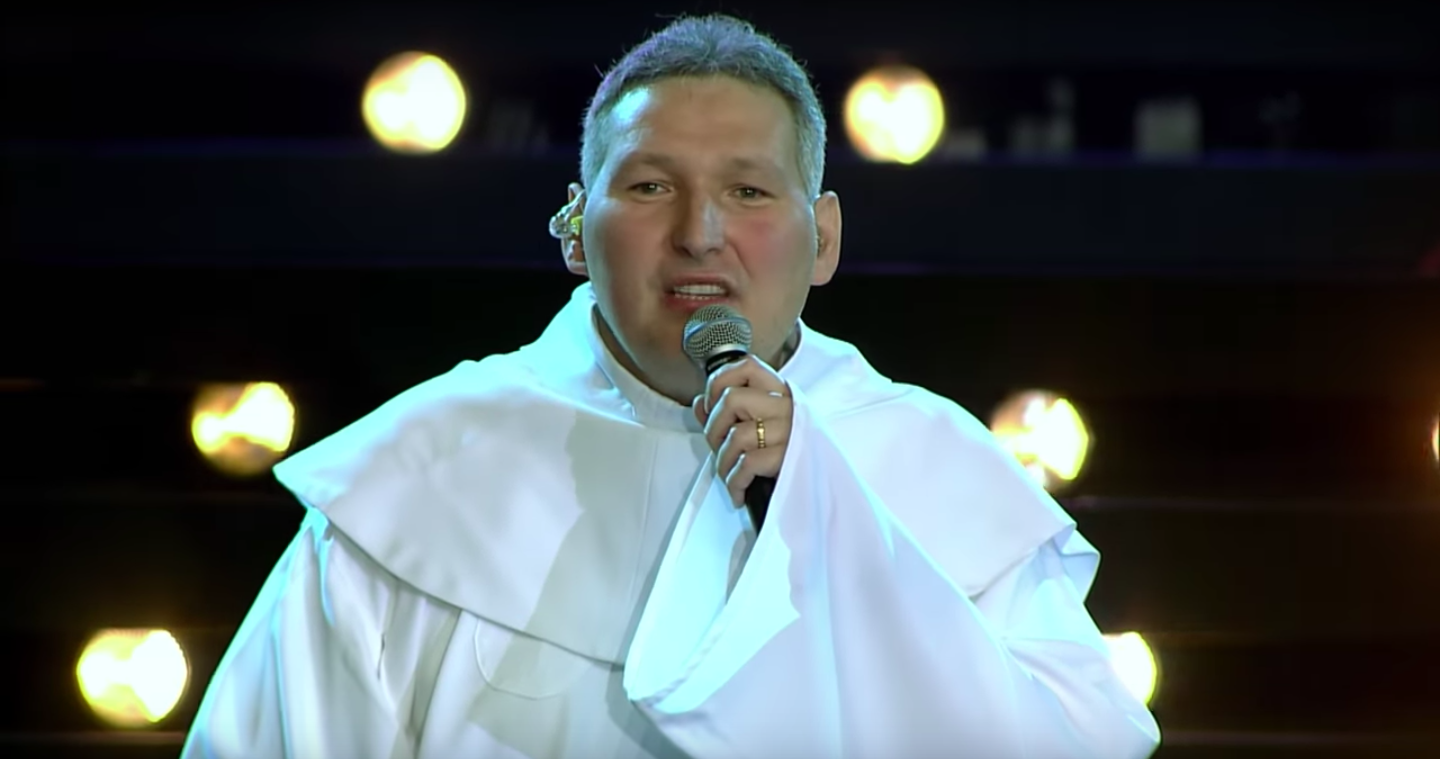 After the incident, the church released a video saying: “The priest is well. He was attended by the medical staff at the event and presided over the celebration to the end.”

Father Rossi was once called Brazil’s “pop-star priest” by the Associated Press. The 52-year-old priest is known for tossing buckets of holy water and singing in Mass accompanied by a live band. Father Rossi has appeared in two religious movies, hosts several TV programs, and has recorded multiple albums. He donates all of his profits to Catholic charities and his church.