Danish Siddiqui, a Pulitzer Prize-winning photojournalist for Reuters, was killed Friday amid crossfire between the Taliban and Afghan forces.

Both Siddiqui and a senior Afghan officer were killed, according to Reuters, as Afghan forces attempted to retake the main market area in Spin Boldak a small mountainous town near the Afghanistan-Pakistan border.

Siddiqui told Reuters earlier Friday that he had sustained an arm wound during the conflict due to shrapnel. He was reportedly recovering when the Taliban first retreated, but they attacked again as Siddiqui was talking to shopkeepers in the area.

Details surrounding his death and the second violent outbreak could not be immediately verified by Reuters. 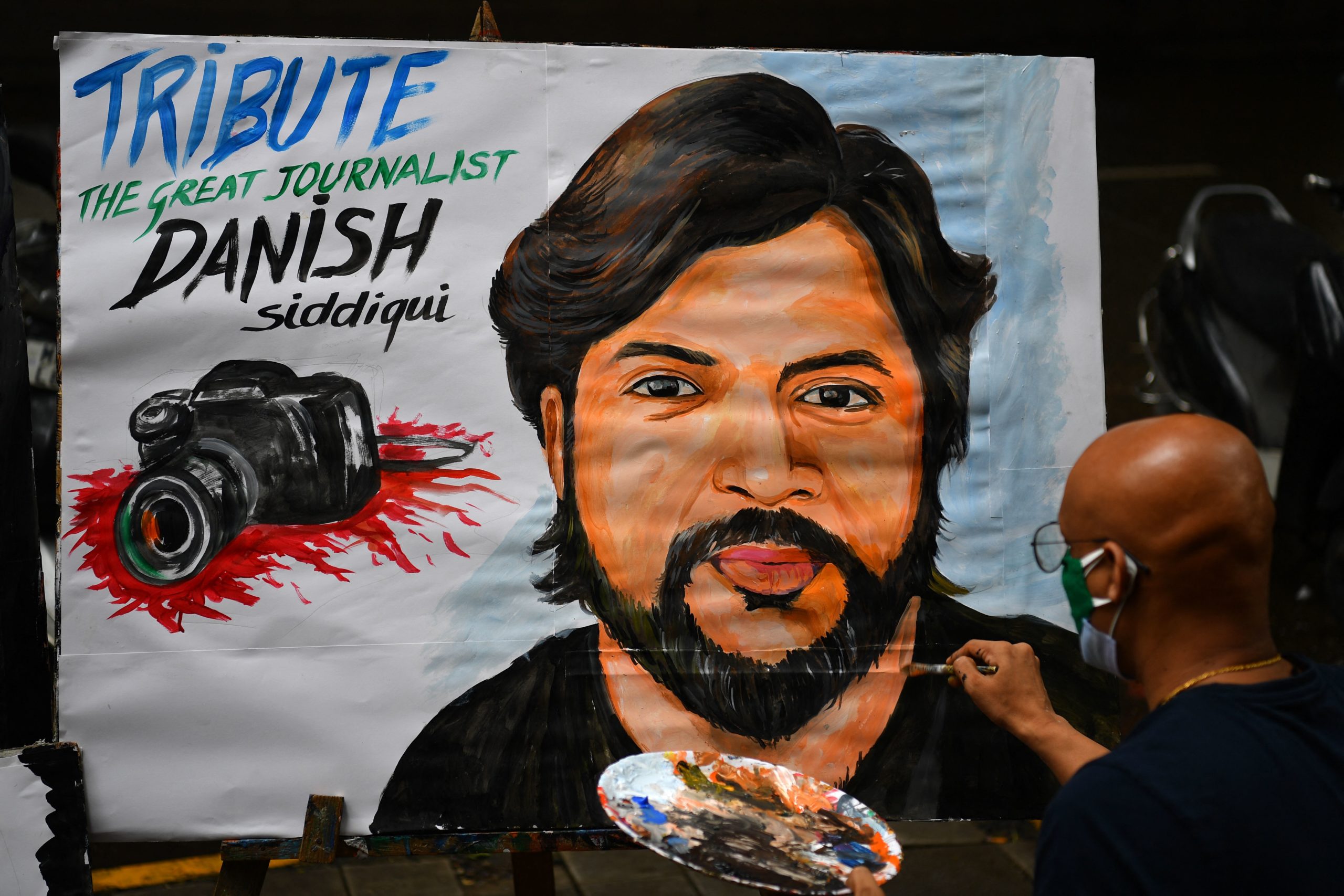 Reuters journalist Danish Siddiqui is commemorated outside an art school in Mumbai on July 16. (INDRANIL MUKHERJEE/AFP via Getty Images)

Siddiqui first joined the outlet in 2010, and won the Pulitzer Prize for Feature Photography eight years later for his work documenting Rohingya Muslims as they fled Myanmar.

“Danish was an outstanding journalist, a devoted husband and father, and a much-loved colleague,” Reuters President Michael Friedenberg and Editor-in-Chief Alessandra Galloni said in a statement. “Our thoughts are with his family at this terrible time.”

Violence between the Taliban and Afghan forces has spiked in recent weeks after President Joe Biden announced that American troops would leave Afghanistan by Aug. 31 after nearly 20 years of being there. (RELATED: US Afghanistan Withdrawal Essentially Complete)

In the past week, the radical terrorist group has taken nearly 10% of the country, according to the Foundation for the Defense of Democracies.