“Young Man Holding a Roundel” is one of roughly a dozen portraits Botticelli painted, and is the most expensive work by the artist or by any old master to have ever appeared at Sotheby’s. It’s also the highest price paid for an old master work since Leonardo da Vinci’s Salvator Mundi sold in 2017 for $450 million, the New York Times reported. (RELATED: Rare Renaissance Painting Expected To Fetch More Than $80 Million At Auction) 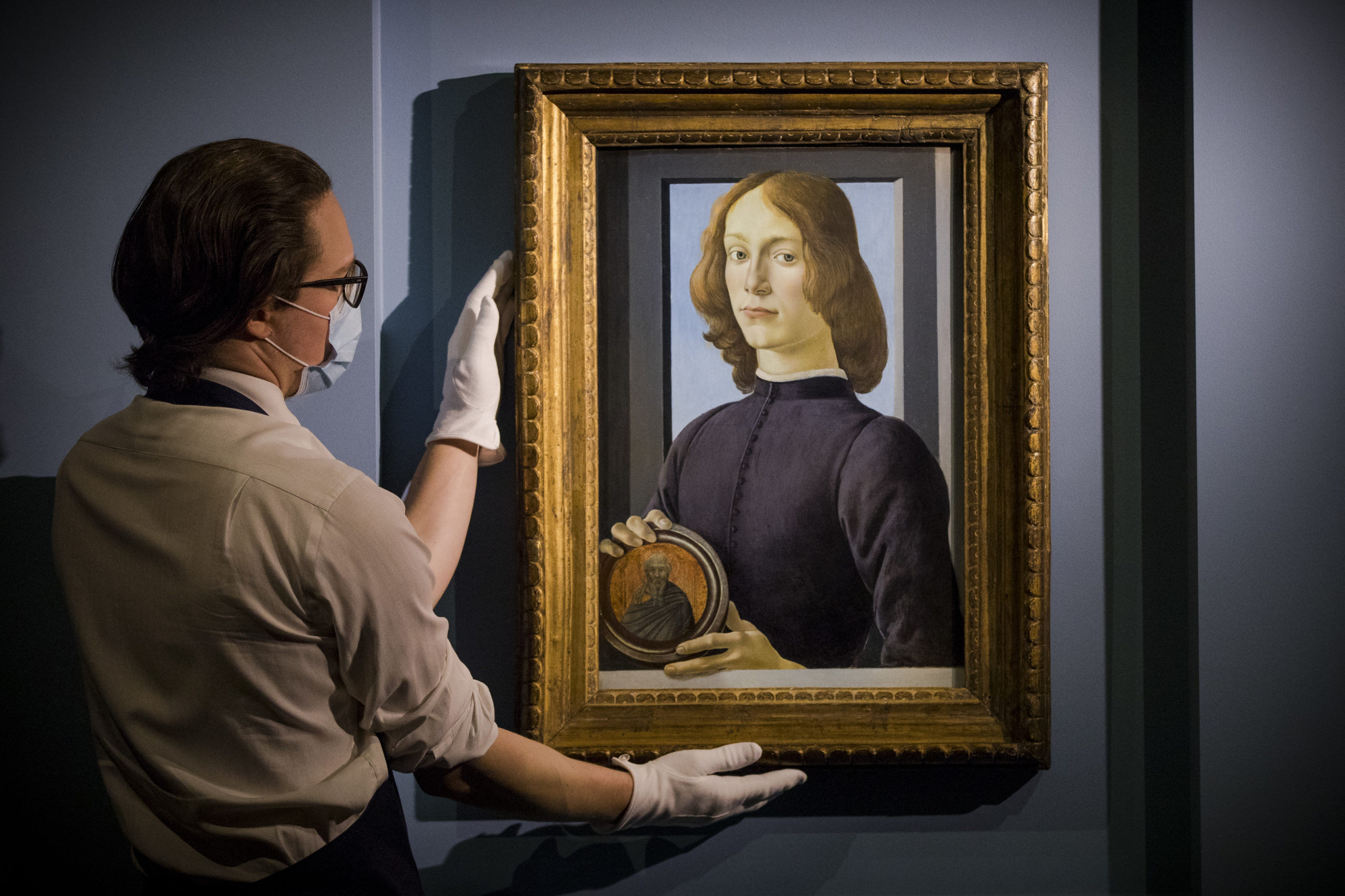 LONDON, ENGLAND – DECEMBER 01: Sandro Botticelli’s ‘Young Man Holding a Roundel’, estimated to sell in excess of $80 million, is displayed at Sotheby’s on December 01, 2020 in London, England. (Photo by Tristan Fewings/Getty Images for Sotheby’s)

The work was initially estimated at $80 million, and after only 4.5 minutes of the livestreamed auction, an anonymous bidder represented by a London-based staffer with Russian clients won the brief competition.

The painting, believed to have been produced around 1480, was previously purchased in 1982 for $1.3 million by billionaire Sheldon Solow. The painting depicts a young man who is believed to be associated with the ruling House of Medici or a powerful Florentine family holding a roundel that contains a religious portrait created by Sienese painter Bartolommeo Bugarini, according to the Times.

In most of the time since it was purchased in 1982, the painting was displayed in international museums including the Metropolitan Museum of Art in New York and the National Gallery of Art in Washington, D.C. The proceeds from the sale may be used to establish a private museum in Manhattan, according to the Times.

“Innovative in form and at the same time wholly characteristic of Botticelli’s genius, this timeless masterpiece dates to the height of his career,” Sotheby’s description of the portrait says. “It is widely considered by scholars today to be one of the artist’s finest and most significant works.”

Botticelli is best known for his paintings “Primavera” and “The Birth of Venus,” which depicts a goddess emerging from a shell, and is exhibited at the Uffizi Gallery in Florence, the painter’s birthplace. 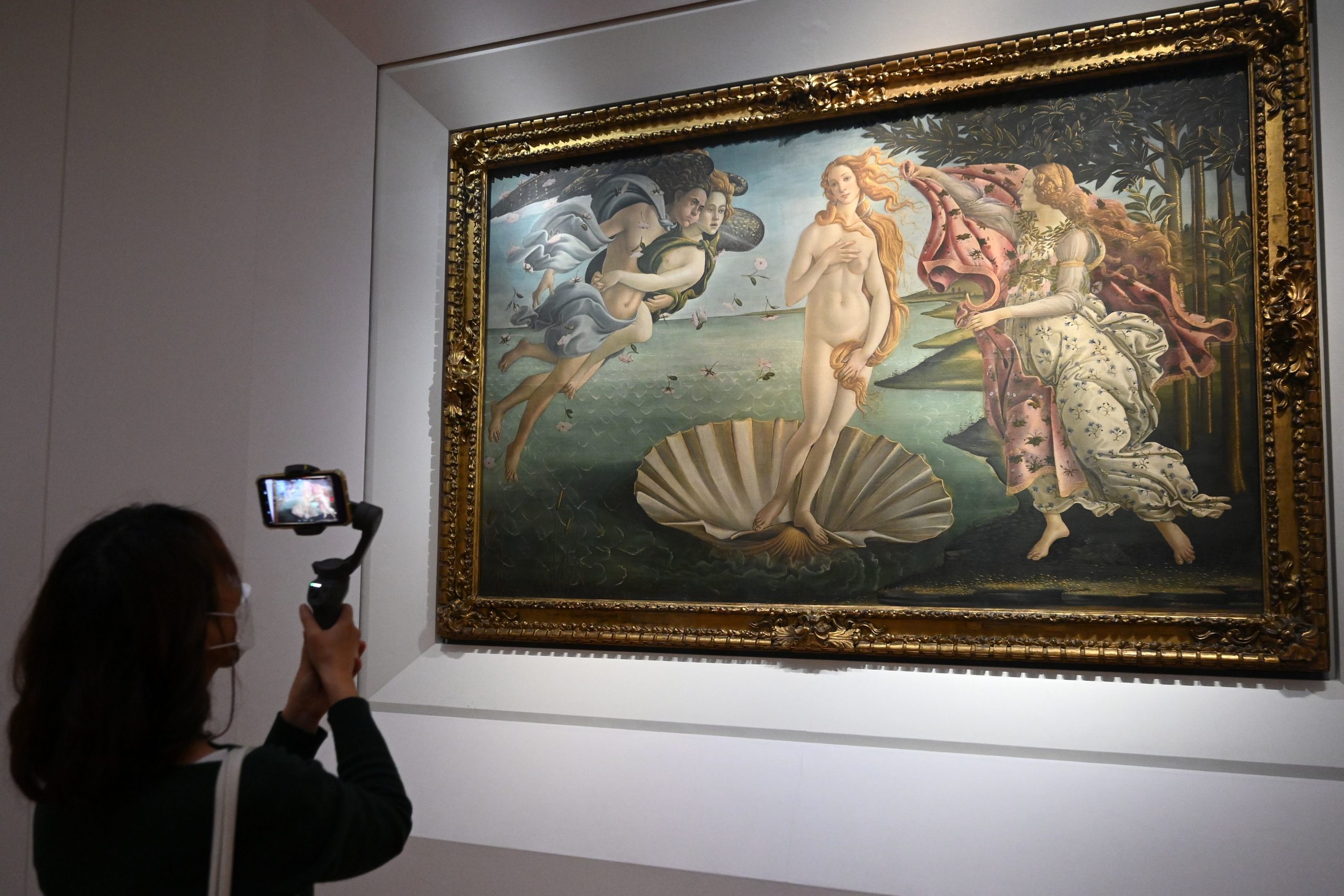 TOPSHOT – A visitor takes a video with her smartphone of Sandro Botticelli’s “The Birth of Venus” on January 21, 2021 at the Uffizi Galleries in Florence, Tuscany. (Photo by VINCENZO PINTO/AFP via Getty Images)

The auction represented the first big test of the art market for the new year, when much of the wealthier collectors in the art world are pursuing flashier works from post-war and contemporary artists, CNBC reported.

Botticelli’s work rarely appears on the market, but when the rare opportunity arises that they do, they sell for significant sums. The artist’s “Madonna and Child with Young Saint John the Baptist” sold for $10.4 million in 2013 at Christie’s in New York, according to CNN.