A Sudanese refugee with a history of violence reportedly stabbed and killed an employee at a center for asylum seekers in France after his request for political asylum was rejected, numerous sources reported Friday.

The suspect was arrested after the stabbing that happened at about 11 a.m. local time in the city of Pau, located in southwest France, according to the BBC. A police source told Reuters that the suspect had stabbed the victim repeatedly in the throat. 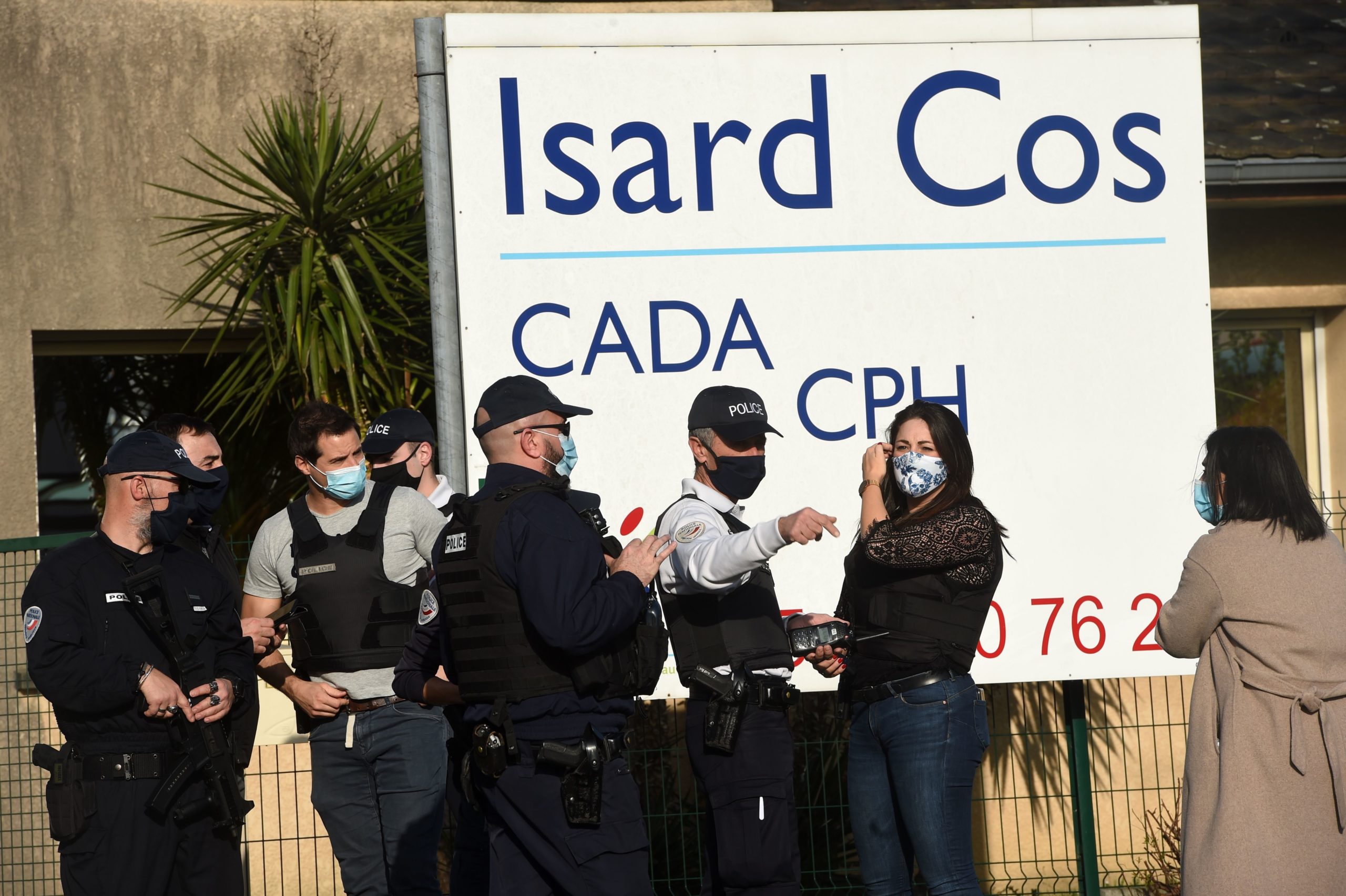 Police officers stand at the entrance of the Isard Cos Reception Centre for Asylum Seekers, where a manager was stabbed to death by an asylum seeker, in Pau, southwestern France, on February 19, 2021. (Photo by Gaizka Iroz/AFP via Getty Images)

Reports suggest the man was 38 years old. He is an asylum seeker who had been living at the center, a law enforcement official said, according to Reuters. He had arrived in France five years ago and committed acts of violence with a knife in 2017, the official said.

The 46-year-old victim has not yet been named, according to the BBC, which refers to him as the manager of the facility.

The mayor of Pau also said the man had been previously spent time in jail. The suspect’s request for asylum was recently rejected, “and for good reason,” the mayor, François Bayrou reportedly said on France Bleu radio, according to Reuters. 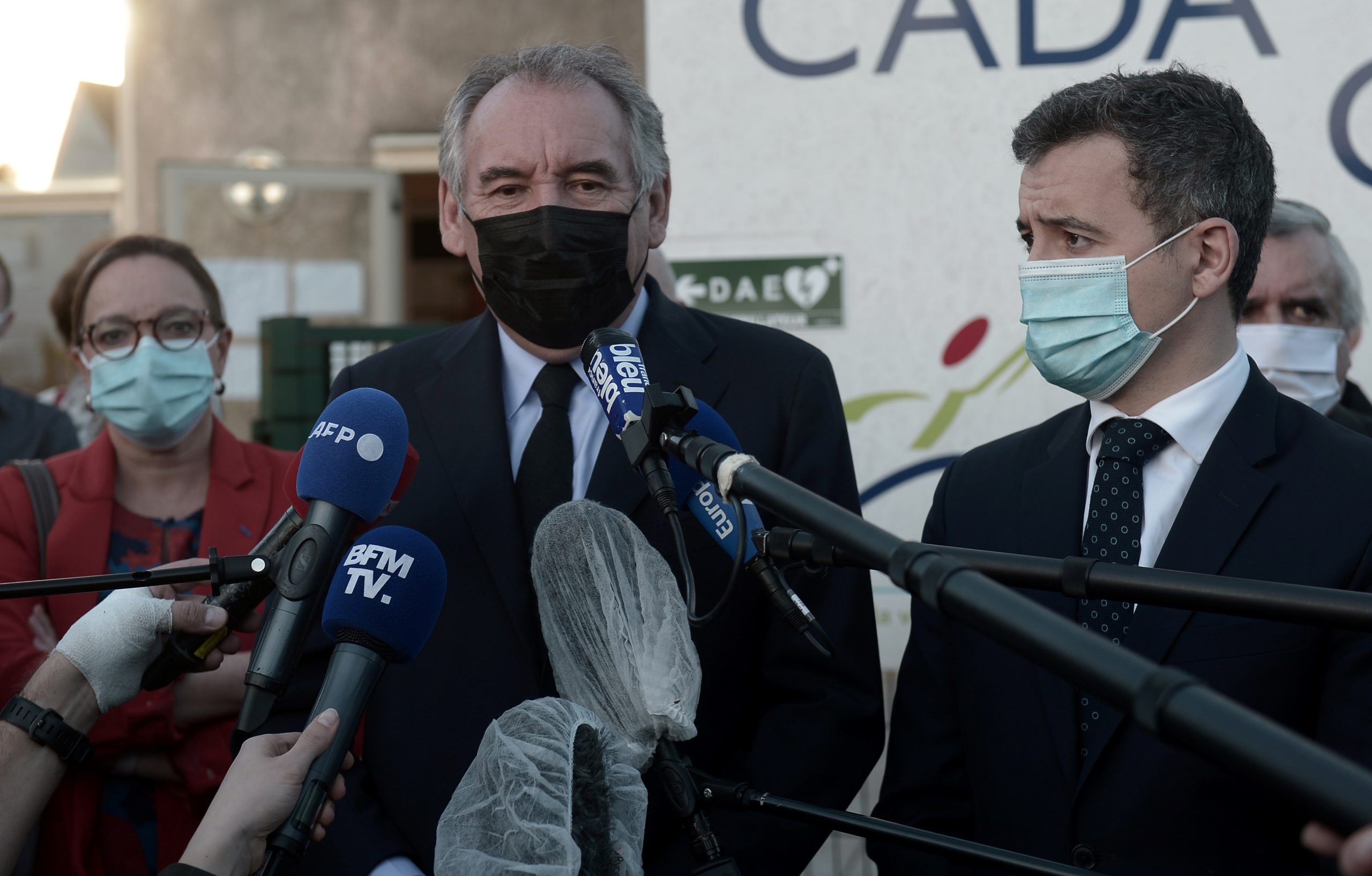 Pau’s mayor Francois Bayrou (C) answers journalists’ questions next to Interior Minister Gerald Darmanin (R) after visiting the Isard Cos Reception Centre for Asylum Seekers, where a manager was stabbed to death by an asylum seeker, in Pau, southwestern France, on February 19, 2021. (Photo by Iroz Gaizka/AFP via Getty Images)

“He then turned against the head of the service, this is extreme and absurd violence,” Bayrou added. “This is a terrible tragedy, all the more because the victim spent his entire professional life helping migrants and asylum seekers.”

Interior Minister Gérald Darmanin said on Twitter that he would travel to Pau to meet with officials after the attack, and extended his condolences to the victim’s family and loved ones.

The attack is not believed to be linked to terrorism, Agence France-Presse reported, according to the BBC.

France is one of five countries in Europe that accommodates 75% of refugees and asylum seekers in Europe, according to the French government. The other countries include Italy, Germany, the United Kingdom, and Sweden. (RELATED: France Terror Suspect Had Arrived In Europe From Tunisia On Migrant Boat 1 Month Prior To Killings, Official Says)

In 2019, 129,000 people sought asylum in France, a large portion of which are originally from Yemen, Eritrea, Chad, Egypt, Sudan, and Iraq, according to the BBC. Many arrive in France in hopes of traveling north via the English Channel to the U.K., although French authorities often intercept boats before they reach British waters.