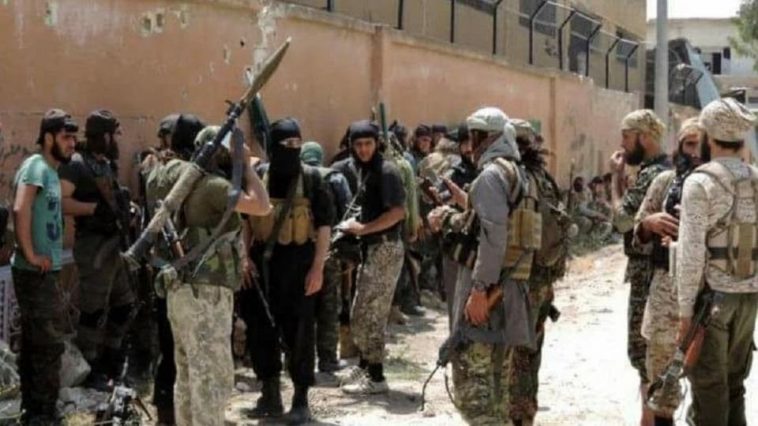 The renewal of clashes between the militants of the Turkish militias, and the Kurdish factions on the front lines in the northern countryside of Aleppo, amid a major escalation in the region.

Sources reported that the “Ankara factions” militants targeted the Kurdish factions’ control areas on the axis of the village of “Abla” in the countryside of “Al-Bab” north-east of Aleppo, in conjunction with missile strikes launched by the “Ankara factions”, targeting the nearby village of Maranaz near “Azaz” north of Aleppo without any information about casualties.

The source added that the bombing by Turkish militants came one day after yesterday’s clashes that broke out between them and the Kurdish factions on the “Tal Khasher” axis in the northern countryside of Aleppo, which was accompanied by mutual missile strikes between the 2 sides, which resulted in injuries on both sides.

The escalation of the “Ankara factions” on the axis of the northern countryside of Aleppo coincided with a similar escalation in the regions of the Syrian Jazeera, whether in “Ain Issa” north of Raqqa, or in “Tal Tamr” northwest of Al-Hasakah, in a clear violation committed by the Turkish side of what it pledged in the “Sochi” agreement in 2019 signed with Russia regarding the ceasefire between it and the Kurdish factions.

It’s noteworthy that the Turkish escalation on the various axis north of Syria against the Kurdish factions hasn’t yet resulted in any change to the map of control.