REPORT: 3 Chinese Spies Posing As Journalists Were Expelled From UK In Past Year

The U.K. government expelled three Chinese spies who were posing as journalists in the past year, The Daily Telegraph revealed Thursday.

A senior source within the British government confirmed that the three spies posed as journalists working “for three different Chinese media agencies” and had “set foot in the UK” in the past 12 months, according to The Daily Telegraph. The three were believed to be intelligence officers for Beijing’s Ministry of State Security (MSS), and arrived in the U.K. on visas that indicated they would be working in the media.

???? EXCL: Three Chinese spies who falsely posed as journalists have been expelled from Britain in past year.

The three intelligence officers for Beijing’s Ministry of State Security arrived in UK on journalism visas under fake pretext of working in mediahttps://t.co/TYR8L4g5XG

Officials also confirmed that the three were asked to leave following The Daily Telegraph’s report, according to The Guardian. The Chinese media companies that the individuals were claiming to work for were believed to be “complicit in these plots.”

A senior Whitehall source confirmed the spies purported to “work for three different Chinese media agencies”, which have not been named, & that they “all set foot in the UK” in the past 12 months

Their true identities were uncovered by MI5, however, & they’ve since been expelled

Posing as a journalist is a long established tactic in espionage, and the Chinese government has used this method to gain intelligence around the world.

Beijing also uses foreign media to help burnish its image by training journalists. More than 3,400 media workers from at least 146 countries have been trained by the Chinese government, and the purpose, according to experts interviewed by Columbia Journalism Review, is “control of the narrative and legitimization of the [Communist] Party’s power and governance.”

Last year, Fraser Cameron, a British businessman and former MI6 member, was investigated for passing sensitive information about the European Union to two spies posing as journalists from Brussels.

Cameron allegedly exchanged information for thousands of Euros, however he denied the allegations, according to the BBC. (RELATED: The New York Times Continues To Ignore Report That A Chinese Spy Was Able To Get Close To Intelligence Committee Member Eric Swalwell)

Lawmakers in the U.K. government tried to introduce an espionage bill in 2020 to expand the definitions of spying in order to more easily allow for prosecutions against foreign agents. Lawmakers are also considering a proposal that would force lobbyists who work on behalf of foreign governments to register, similar to the law in the U.S., according to The Daily Telegraph.

The revelation was reported the same day that the U.K.’s Office of Communications, known as Ofcom, pulled the broadcasting license for China Global Television Network (CGTN), after the regulator found that he news channel broke a law by not being under the editorial control of its license holder. 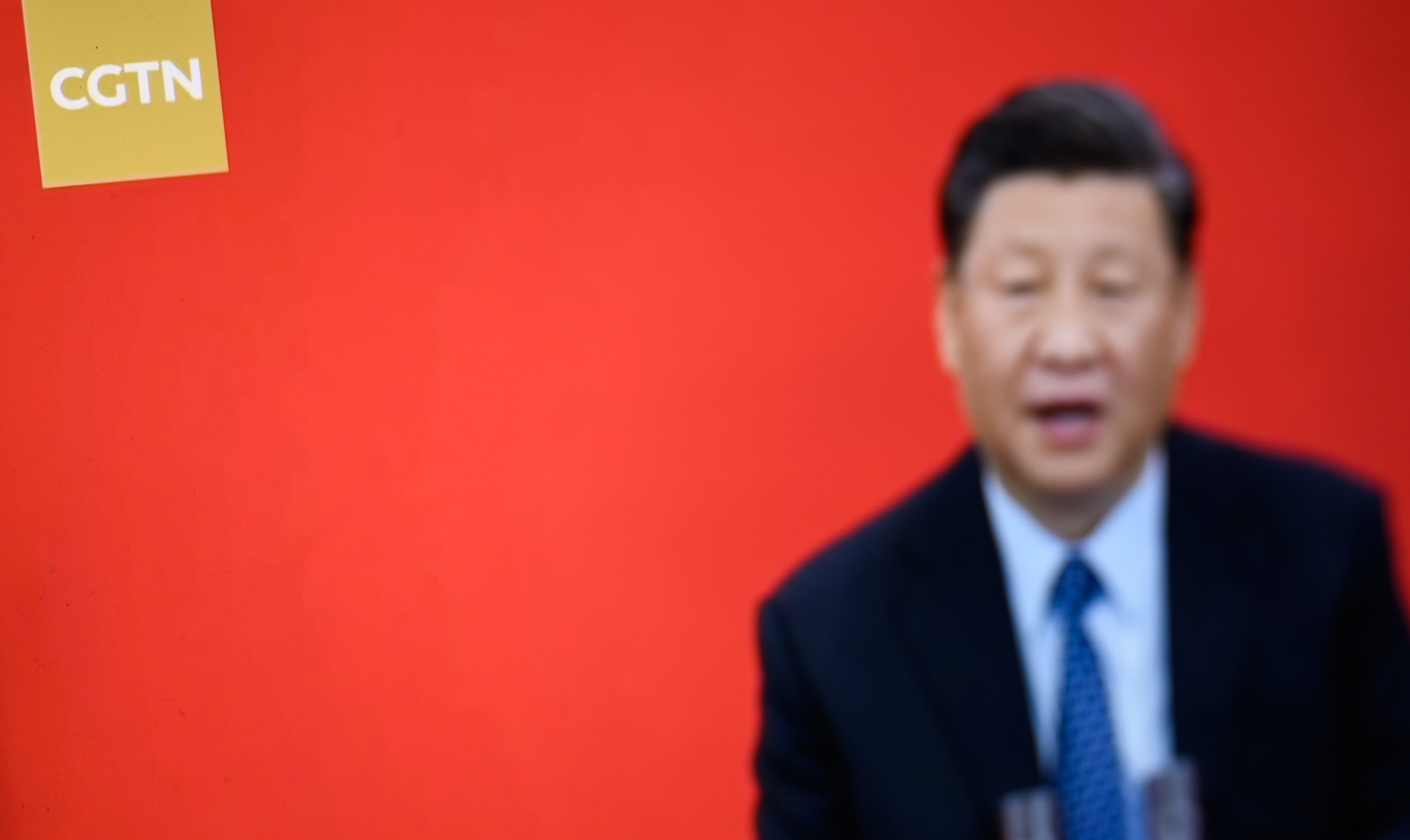 President Xi Jinping of China is seen on a programme from the CGTN archive as it plays on a computer monitor on February 04, 2021 in London, England. Ofcom say that Star China Media Limited (SCML) who owns the licence for China Global Television Network (CGTN) doesn’t have day-to-day editorial control over the channel, which is against its rules. (Photo by Leon Neal/Getty Images)

Because transferring the license to a new entity would put the broadcaster under the control of the Chinese Communist Party, Ofcom rejected the application to do so.

“The ruling is confirmation that the Chinese Communist Party is the ultimate controller of its broadcasts which is not permitted under UK law,” Julian Knight, Tory chairman of a media-related committee said, according to The Daily Telegraph.