A judge temporarily halted what was slated to be the first federal execution of a woman in nearly seven decades over concerns about the inmate’s mental competency, numerous sources reported.

Lisa Montgomery, 52, was scheduled to be executed by lethal injection Tuesday at the Federal Correctional Complex in Terre Haute, Indiana, before Judge Patrick Hanlon granted Montgomery a stay Monday, citing the need for a mental competence examination, the Associated Press reported.

A planned execution that was set to be the first of a female inmate in the U.S. in nearly 70 years has been halted after a judge granted a stay. Lisa Montgomery, who cut a baby from a Missouri woman’s womb, is expected to undergo a mental competence check. https://t.co/HNRmZfhzGz

Montgomery was convicted in the murder of Bobbie Jo Stinnett, a 23-year-old pregnant woman who lived in Missouri. In December 2004, Montgomery reportedly drove 170 miles from her home in Kansas to meet with Stinnett, whom she met at a dog show, under the guise of adopting a puppy. Montgomery strangled Stinnett with a rope and then used a knife to remove the victim’s unborn child before fleeing with the baby, which Montgomery passed off as her own, according to reports.

Stinnett’s mother, who found her daughter in a pool of blood with her womb slashed open, told a dispatcher in 2004 that it looked like “she exploded or something,” according to the Associated Press. 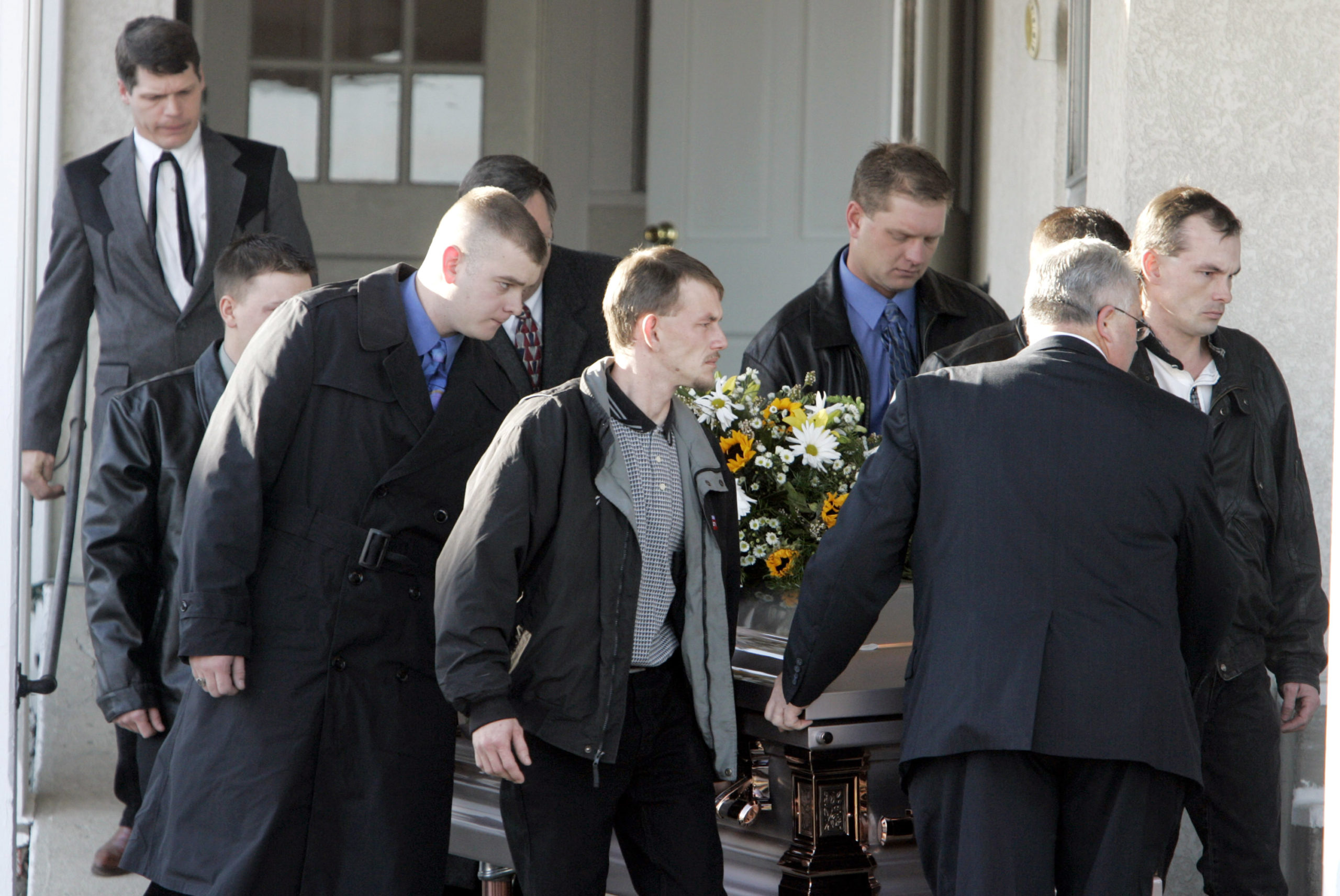 Montgomery was quickly arrested the next day and was later sentenced unanimously to death. Her lawyers argue that their client suffered sexual abuse throughout her childhood that led to mental illness. They don’t argue that she doesn’t deserve to be punished, but her legal team says the jury was never fully informed of her several mental illnesses diagnosed by doctors, according to NBC.

Her lawyers argued that Montgomery’s mother abused alcohol, which caused her to be born with brain damage and “resulted in incurable and significant psychiatric disabilities,” according to a multi-thousand page clemency petition filed to President Donald Trump.

Montgomery’s attorneys also describe years of torture, abuse, and sex trafficking by her mother. Montgomery’s sister, Diane Mattingly, has described “a house of horrors” where they lived before Mattingly was taken by child protective services to a foster care home.

“There were always different men around the house. When I was around eight years old, and Lisa was about four, one of Judy’s male friends began coming into our room at night and regularly raping me, with Lisa in the next bed — close enough we could reach for each other and touch fingers,” Mattingly wrote in Newsweek. Judy is Montgomery’s mother, and Mattingly’s step-mother. “Judy later married a man named Jack who punched, kicked and choked his children, including Lisa. Jack also raped Lisa for years. He threatened to rape our little sister if Lisa resisted and said he would kill her whole family if she told anyone. All the while, Lisa’s mother was being paid to let strange men rape Lisa.” (RELATED: Appeals Court Reinstates Execution Date For Only Woman On Death Row)

The execution was initially scheduled for Dec. 8, but was blocked because Montgomery’s attorneys were infected with coronavirus while visiting her in prison. The since-halted execution was scheduled within the final days of Trump’s presidency. President-elect Joe Biden has suggested he opposes the federal death penalty.