Report: McDonald’s Paper Straws Can’t Be Recycled — Unlike The Plastic Ones

The new paper straws that McDonald’s restaurants in the U.K. and Ireland have been giving clientele for the last year are reportedly not recyclable, unlike the old plastic straws.

The paper alternatives not only make drinking a soda or milkshake more difficult — at least in regards to their stability, or lack thereof — they go straight into the waste basket, according to a Sunday report from The Sun. 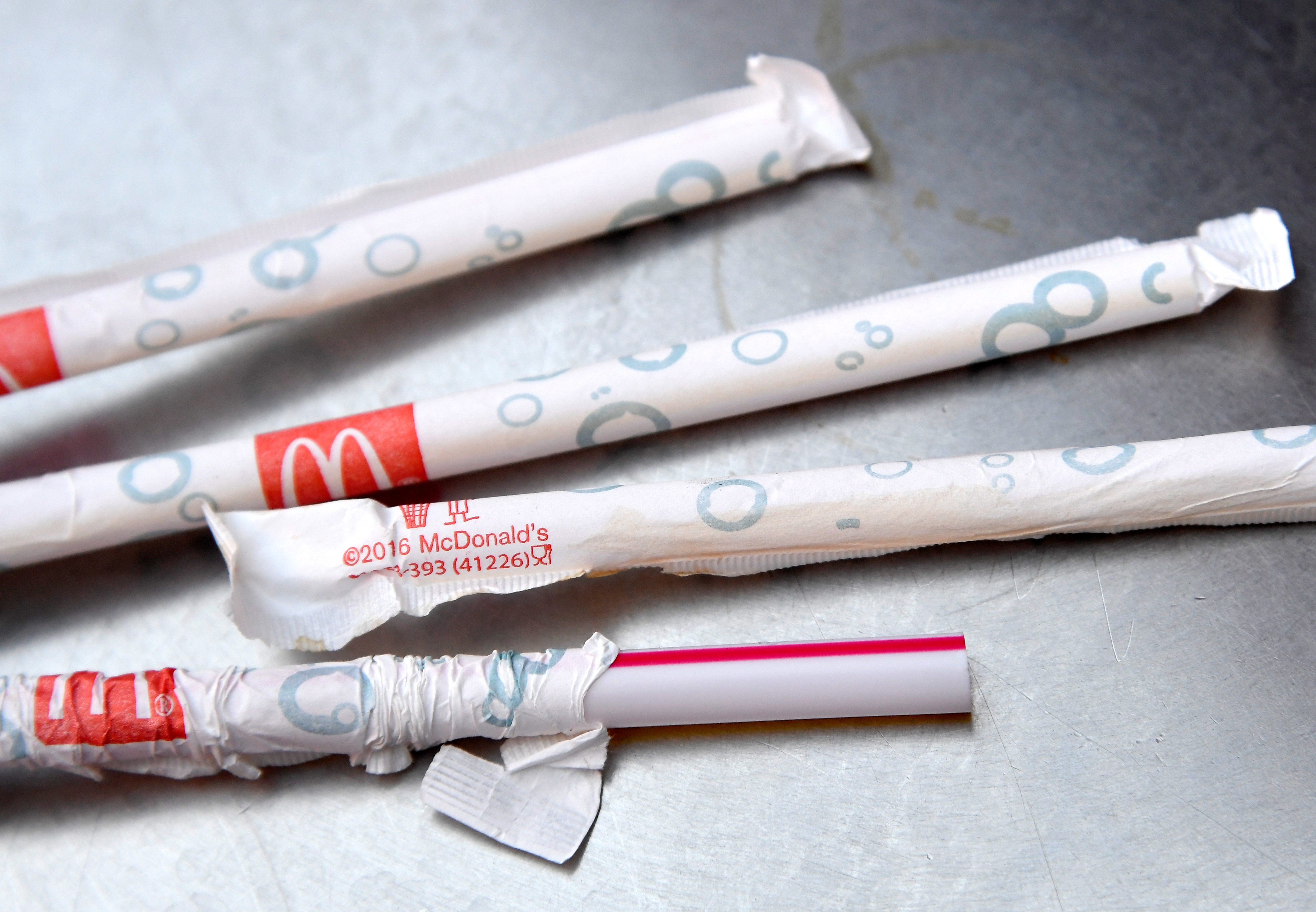 Plastic straws can be seen at a McDonald’s restaurant, after it was revealed that they are to replace their plastic straws with paper ones in UK and Ireland restaurants, in London, Britain, June 15, 2018. REUTERS/Toby Melville

An internal memo reportedly states: “Paper straws are not yet recyclable and should be disposed of in general waste until further notice.” (RELATED: Man Tries To Throttle McDonald’s Employee Over Plastic Straws. She Serves Him A Super-Sized Whooping)

“When McDonald’s introduced paper straws it was getting pats on the back for being environmentally responsible,” a source told The Sun. “But it seems like it was a stunt to appease green campaigners because the things go straight in the rubbish. It’s ridiculously stupid.”

Patrons began using the paper straws in 2018 after a brief trial period in the 1,361 McDonald’s franchises in the U.K. and Ireland.

“While the materials are recyclable, their current thickness makes it difficult for them to be processed by our waste solution providers, who also help us recycle our paper cups,” McDonald’s told the U.K.’s Press Association news agency, according to CNN.

The plastic straw has arguably become emblematic of the political divide between environmental activists and conservatives who see the environmental agenda encroaching on their personal freedom. President Donald Trump’s reelection campaign has been trying to capitalize on the apparent demand, selling reusable plastic “TRUMP” straws online. (RELATED: Michigan Lawmaker Wants To Fine Restaurant Hundreds For Handing Out Plastic Straws) 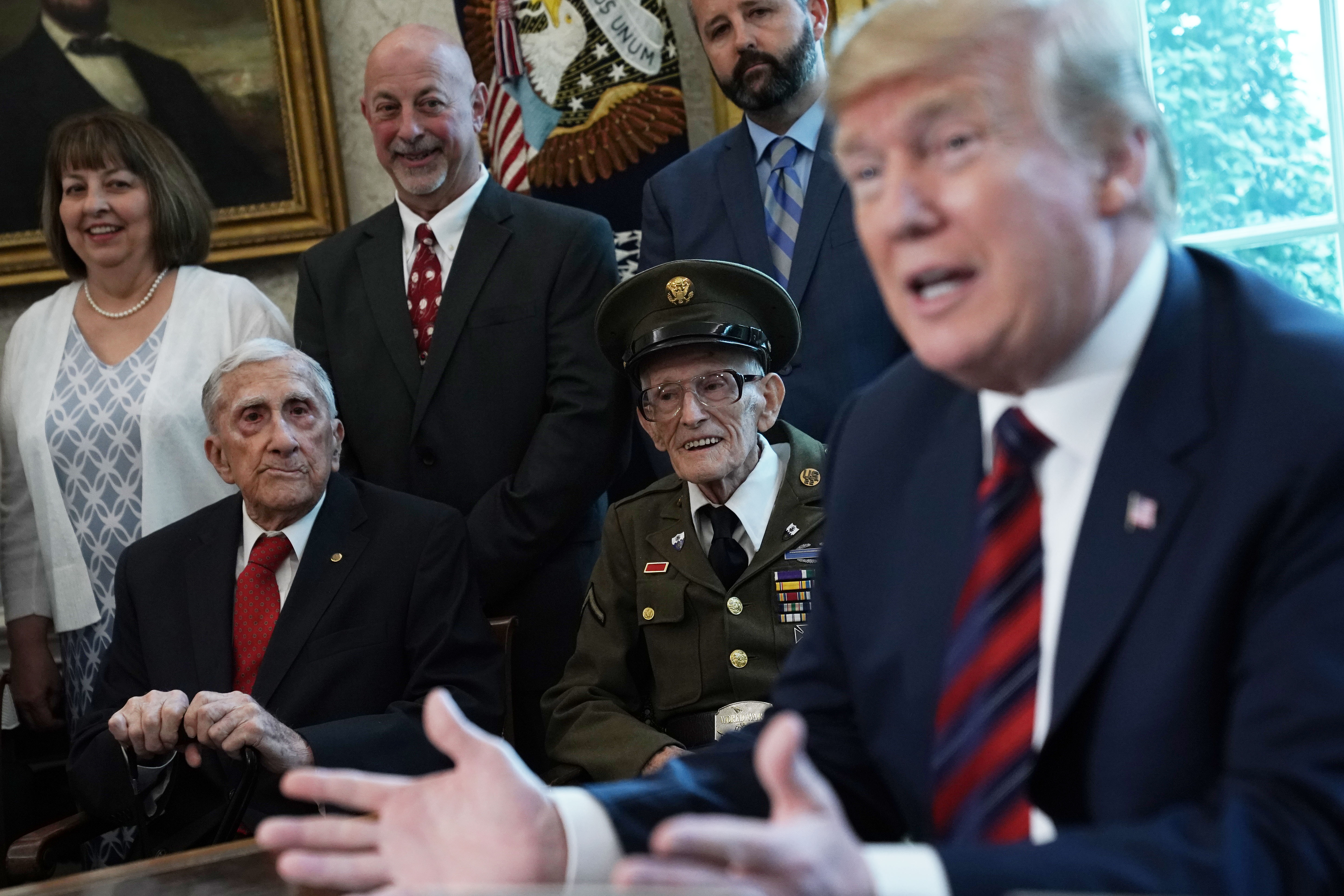 U.S. President Donald Trump speaks as he meets with World War II veterans including Paul Kriner (2nd L) and Floyd Wigfield (3rd L) in the Oval Office of the White House Apr. 11, 2019 in Washington, DC. President Trump hosted the veterans and their families to honor their service during WWII. (Photo by Alex Wong/Getty Images)

Fast food fans in the area have been forced to use the paper straws since June 2018 when McDonald’s said it was making the change as “part of wider efforts to protect the environment.”

“The government’s ambitious plans, combined with strong customer opinion, has helped to accelerate the move away from plastic and I’m proud that we’ve been able to play our part in helping to achieve this societal change,” Paul Pomroy, CEO of McDonald’s UK and Ireland, said in a press release at the time, CNN noted.

The change from plastic to paper was prompted by the British government’s plan to eradicate plastic straws by 2020.

Then-Environment Secretary Michael Gove lauded McDonald’s environmental conscience for “making this significant contribution to help our natural environment” by deciding to abandon the plastic straws ahead of the government’s plan.

A petition demanding the return of plastic straws has attracted more than 50,000 signatures.