The man suspected of murdering college student Kristin Smart, who disappeared in 1996, was a DNA match in an alleged rape case roughly a decade later, the Los Angeles Times reported Tuesday.

Police investigating an alleged 2007 rape in Redondo Beach, California, got a match on DNA evidence from the victim a few years later — the DNA allegedly belonged to Paul Flores, 44.

UPDATE: Paul Flores was investigated in 2012 for the alleged rape of a woman in Redondo Beach, according to @NBCNews. A police report showed that Paul’s DNA matched the sample from the woman’s rape kit she had done at a hospital the next day. The case was never prosecuted

Flores was the last person to see California Polytechnic San Luis Obispo student Kristin Smart alive over Memorial Day weekend nearly 25 years ago and was charged in April with murdering her after attempting to rape her. His father, Ruben Flores, 80, was charged with being an accessory after the fact and was accused by Smart’s parents of helping his son hide her body. (RELATED: Parents Of College Student Missing Since 1996 Sue Suspected Killer’s Father For Allegedly Moving Body)

NEW: The father of the man charged with murder in the 1996 San Luis Obispo disappearance of Kristin Smart was released from jail Wednesday night after posting his reduced bail. Ruben Flores is accused of helping his son, Paul Flores, hide Smart’s body. https://t.co/5dM6CXPNz0 pic.twitter.com/PuEfoDcvoK

Flores has dodged criminal charges for sexual assault despite being a suspect in multiple cases. A deputy district attorney said that dozens of women have “described sexual assaults and predatory behavior” from Flores, according to the LA Times.

In the Redondo Beach rape case, the alleged victim told police that the last thing she remembered was sitting on a barstool and that she had roughly four alcoholic drinks. She awoke naked and wrapped in a blanket in a stranger’s bed, with no memory of meeting the man or having sex with him, the LA Times reported. The man directed her to walk home.

The woman reportedly suspected she “ingested an unknown substance,” although a medical exam showed “no obvious indication of force or assault I’ve behavior” and her urine had no trace of rape drugs. Four years after the incident, the DNA sample collected from the woman matched with Flores. However, during a lineup, the woman could not identify Flores as the assailant.

A customer at the lounge where the woman last remembered being said she’d had a “similar experience” with Flores, but didn’t want to report it to police. Police couldn’t prove that Flores had raped the woman, so he ultimately was not charged.

People who have had encounters with Flores could be asked to testify in the Smart case.

Neighbors describe Flores as a heavy drinker who didn’t respect social boundaries, and who had an explosive temper. One neighbor said Flores would come to his house smelling like alcohol and hit on women, according to the LA Times.

“He was pushy. He’d grab their hand, kiss it, keep repeating himself: ‘Oh, you’re so lovely,’” Frank Romero, who has lived next to Flores in San Pedro since 2017, said. 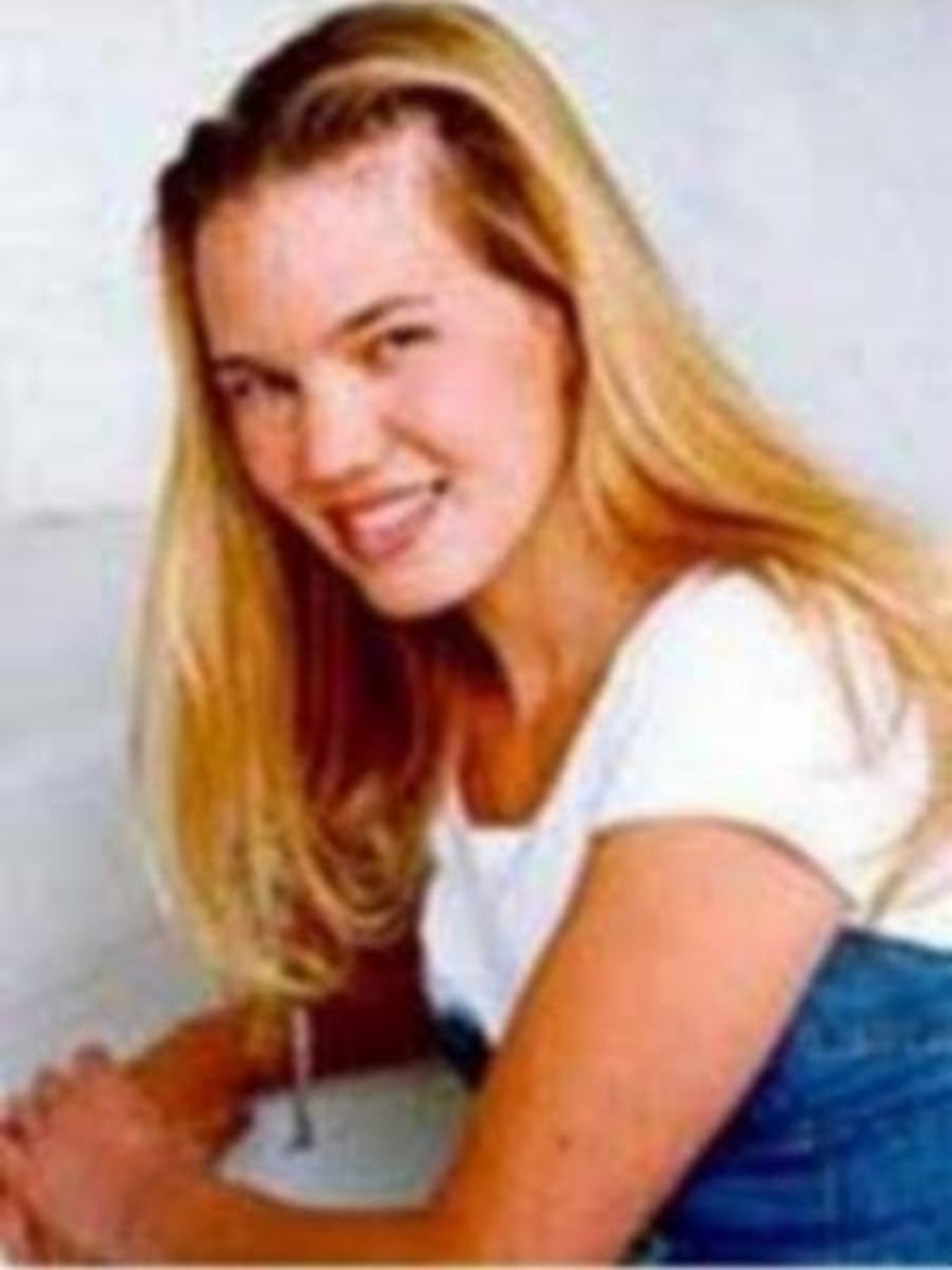 Smart’s remains have yet to be found. Prosecutors said they believed Smart’s body was recently moved from Ruben Flores’ house, and that they were “in possession of biological evidence” that shows Smart was buried underneath Ruben Flores’ deck in Arroyo Grande, California.

Both father and son deny involvement in Smart’s disappearance and have pleaded not guilty to the charges against them.