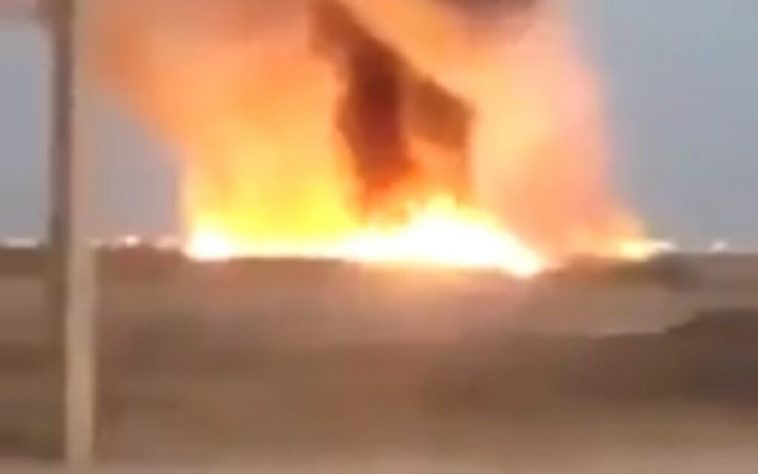 The “oil harragas” area in “Tarhin” village, north of “Al-Bab” city in the northeastern countryside of Aleppo, which is under the control of the Turkish forces and the factions loyal to them, witnessed successive explosions of several primitive incinerators.

A local source told  that a sudden explosion struck one of the burners containing “fuel”, which led to a widespread fire that spread to the neighboring burners, which also exploded.

The source denied what was rumored about targeting the area with an unidentified drone, stressing that the explosion was caused by an explosive device planted by unknown persons in one of the garages, similar to previous incidents that occurred in the Harragas area.

According to the source, leaders from the Turkish-backed factions and those close to them are controlling the “burners” and oil refining in a rudimentary way through these methods, in which some mistakes may lead to fire due to poor handling of oil materials.

The source pointed out that similar explosions witnessed in the region on / 20 / last December, preceded by one day of explosions and fires that destroyed a number of burners, while the “fuel” market in the city of “Jarablus” east of Aleppo witnessed explosions with oil burners in late October of last year.

The source revealed information about the competition between the controllers of the fuel market in the countryside of Aleppo and their association with the armed factions, prompting them to target some of them through bombings, planting bombs and promoting that what happened was aerial bombardment to remove the accusations from them, what comes after each retaliation operation in the other region, in Efforts by each party to monopolize the hydrocarbons trade, especially with the rise in its prices and obstruction of the other party’s refining and selling of oil.