Lawmakers in both the U.S. House and Senate have introduced legislation that would restrict federal funding from going to jurisdictions allowing so-called “autonomous zones.”

Republican Iowa Sen. Joni Ernst’s “Ending Taxpayer Funding of Anarchy Act” refers to “anarchist jurisdictions” as any state or local government that relinquishes its reserved powers at the expense of the welfare of its citizens.

It also includes any state or locality that refuses police, fire or emergency medical services to one or more persons.

“The bill would prevent federal taxpayer dollars from going to those autonomous zones and the mayors and the governors that enable the lawlessness to continue, or those mayors that prevent law enforcement from actually going into these areas and policing as they should be doing,” Ernst said Friday on Fox News’ “Hannity.”

“I support federalism, but when liberal-run states and localities relinquish homes and businesses of tax-paying citizens to lawless mobs without objection, Congress must step in,” Rep. Bishop said in a statement. 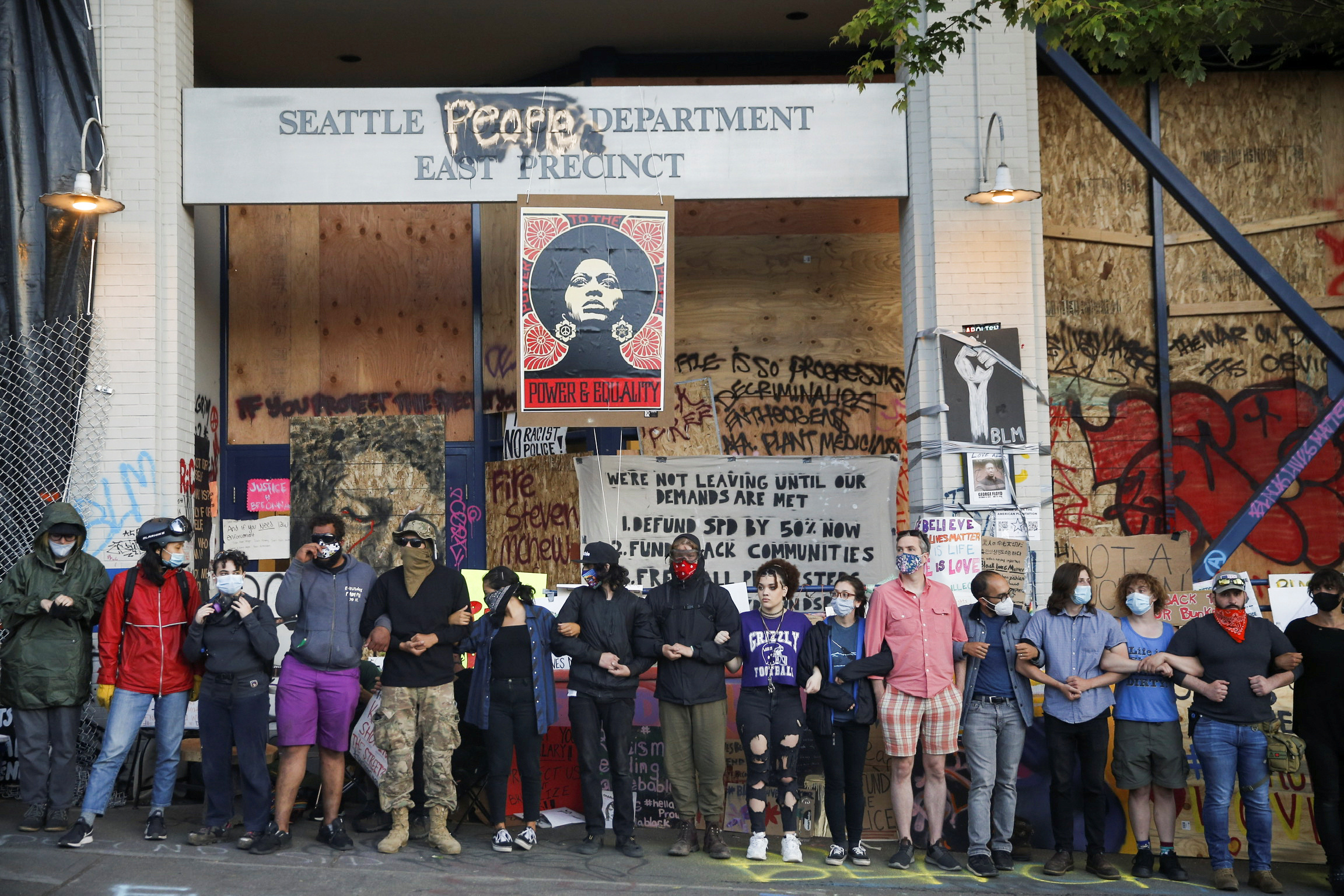 Protesters link arms in front of the Seattle Department’s East Precinct after reports that police may arrive soon. (REUTERS/Lindsey Wasson)

The bills are in response to Seattle’s autonomous zone that formed in early June after police abandoned its East Precinct located in the Capitol Hill neighborhood following weeks of protests and riots over the death of George Floyd. (RELATED: EXCLUSIVE: Daily Caller Reporters Go Inside Seattle’s CHAZ)

Seattle Democratic Mayor Jenny Durkan and Police Chief Carmen Best pledged a peaceful return of police in the near future during a Monday news conference, according to the Washington Post.

The Washington Post reported that dozens of protesters linked arms and created a human blockade in front of the precinct on Monday night, in anticipation of law enforcement’s return.

City crews arrived early Friday morning to remove some of the barricades in the Seattle autonomous zone but were met with resistance from protesters and were forced to retreat, according to Fox News.