Chambers remained on the median at the corner of Constitution Avenue and 23rd Street in Washington D.C., just a block away from the Lincoln Memorial. He gave a 22-minute salute at the beginning of his demonstration to represent the 22 veterans that take their life everyday, according to WJLA. “It’s a very emotional time, very emotional,” said Lorraine Heist-Chambers to WJLA. (RELATED: Postal Workers Attacked With Paintballs, $50,000 Reward Offered)

Chambers has been saluting the motorcyclists during Rolling Thunder, a motorcycle event in D.C. that had thousands of motorcycles drive through the city to salute troops on memorial day, in 2002. The event in D.C. ended last year as organizers cited the expenses of hosting the event in the city having risen dramatically. 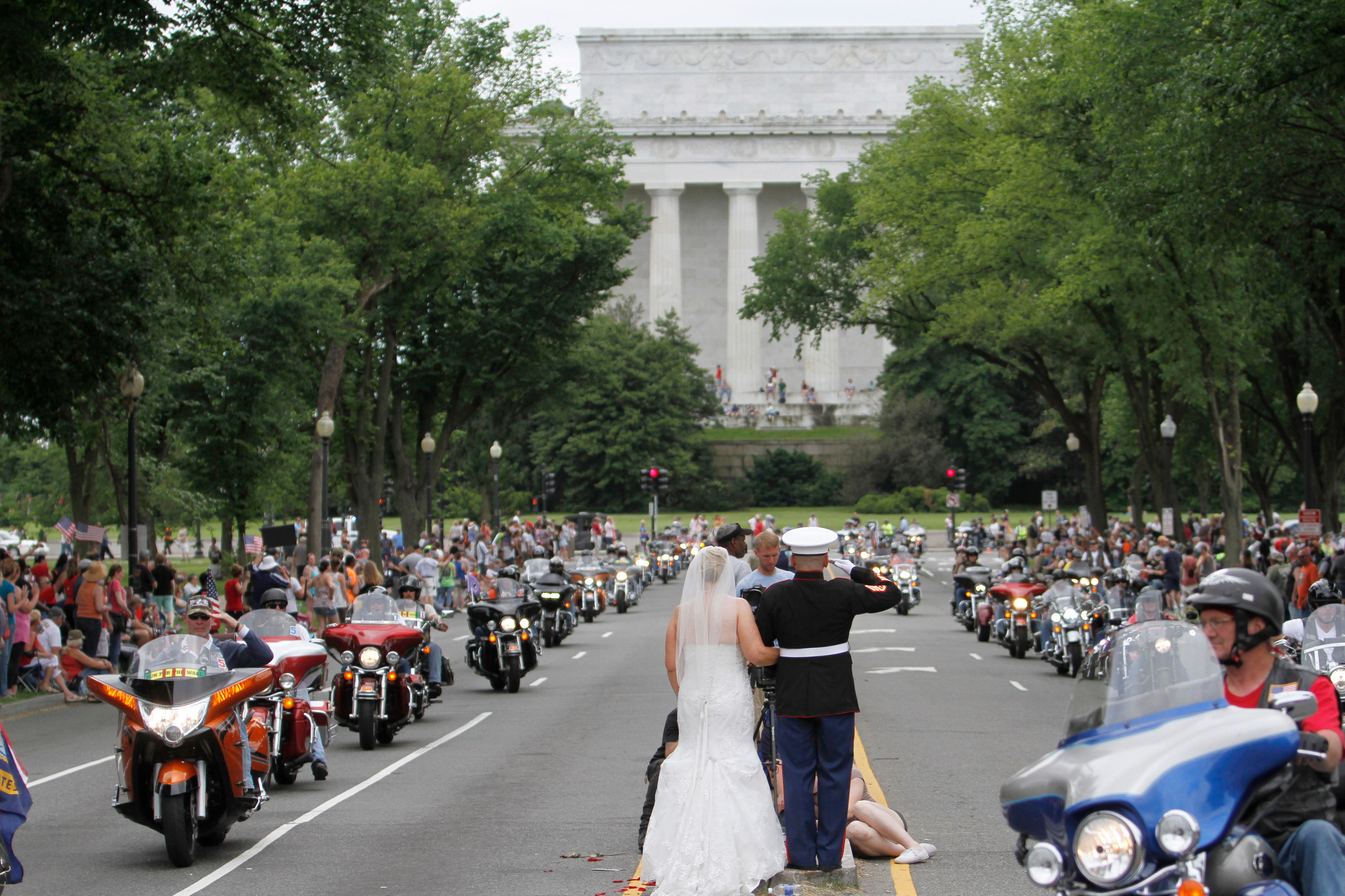 Tim Chambers and Lorraine Heist-Chambers married during the 2016 Rolling Thunder parade. The parade was cancelled this year due to coronavirus but over 100 motorcyclists came to see Chambers on Sunday, according to WJLA.

“I couldn’t do it. I’m looking for a bathroom,” said Robert Hall of Fredericksburg said to WJLA. “He’s dedicated. And a lot of people today have not dedication.”