Members of the Virginia Gray Ranks shot the signs as a form of protest against the restriction of firearm possession, including for those with concealed carry permits, at public parks, Spokesperson Mat Rose told the Daily Caller News Foundation. The signs were posted after the Fairfax County Board of Supervisors voted 9-1 to prohibit firearms from municipal government facilities including parks, community centers and county buildings on Sept. 15, 2020, the Fort Hunt Herald reported.

“They want to put up signs we’ll take them down, they want to go farther than that we will too,” Rose told the DCNF. The signs were targeted to “put a little bit of a hit on the city’s wallet, but not one that actually hurts people,” Rose added. 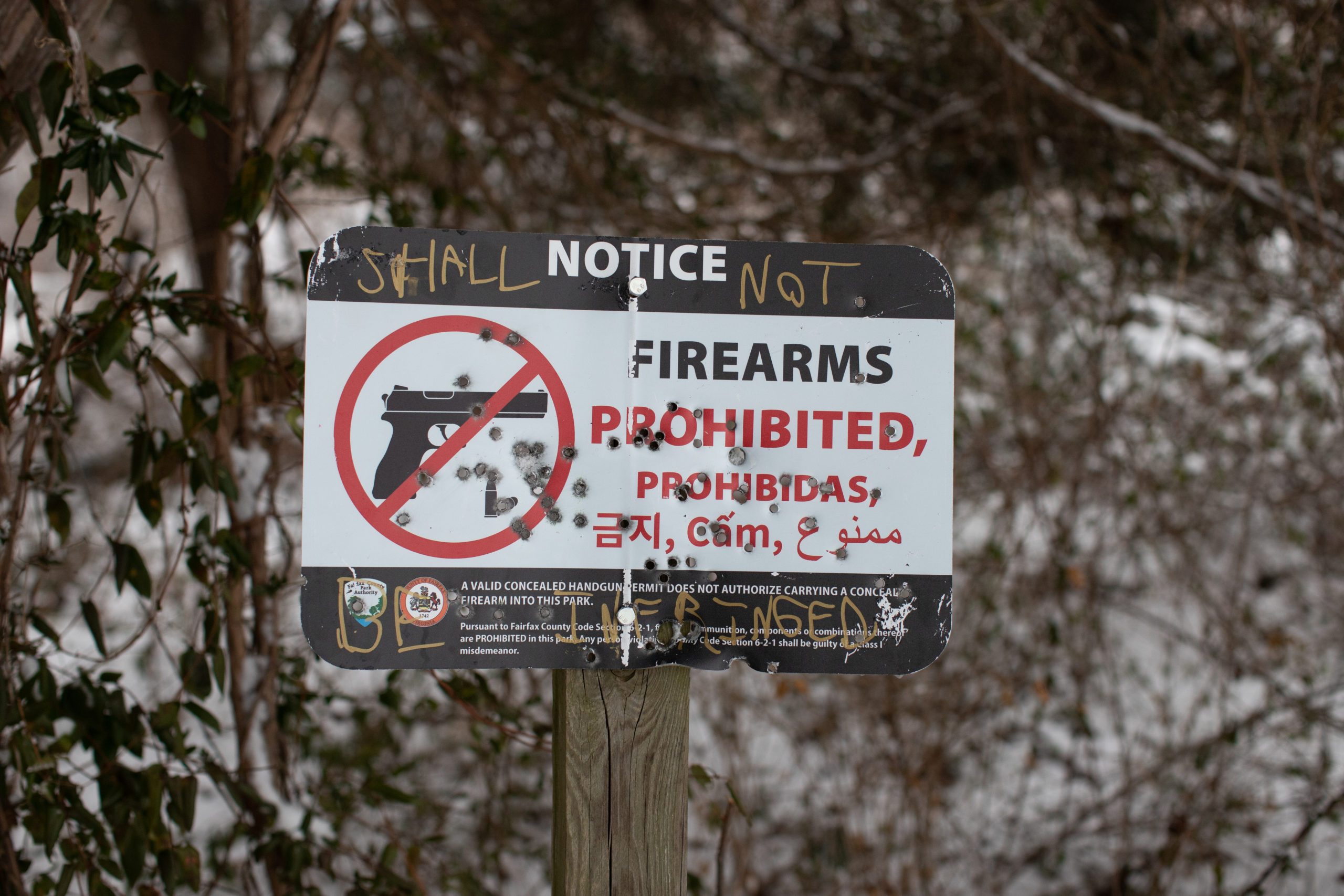 A sign prohibiting the possession of firearms at Bren Mar Park in Alexandria, Virginia, was stolen, shot and returned by members of the Virginia Gray Ranks as a form of protest against the ordinance, on Feb. 1, 2021. (Kaylee Greenlee – Daily Caller News Foundation)

The Virginia Gray Ranks are deliberately targeting new signs that have been posted, not including schools or any other previously established gun-free zones, Rose told the DCNF. (RELATED: Richmond, Virginia, Bans Guns At Public Events That Require A City Permit)

Signs at Richmond and Fairfax county parks were the first in a series of “proportionate responses” and the rest of the state can expect to see similar forms of protests soon, Rose told the DCNF.

“We’re bringing the fight to places the fight has not been brought to before — places that have not seen protests or civil disobedience by gun rights activists before,” Rose told the DCNF.

Rose said that the solutions to “repeal the ordinances that prohibit citizens from exercising their right to self-protection,” though he doesn’t expect the City Council to listen. The signs were likely shot with 5.56 and .308 rounds and returned to the park between Sunday night and Monday morning, Rose added.

The Fairfax Police Department was unaware if the incident had been reported as of Monday morning, Sgt. Hudson Bull told the DCNF. An investigating officer will look into the incident and look for any evidence at the scene, and the park authority will replace the signs.

Exceptions to the ordinance including police, military and security personnel, the Fort Hunt Herald reported. Individuals who are caught violating the restrictions will be charged with a Class 1 misdemeanor.

The Virginia Gray Ranks are a group of citizen activists who are concerned about the direction the government is escalating measures they see as infringing on Second Amendment rights, Rose told the DCNF.

The Fairfax Park Authority and the County of Fairfax did not respond to the DCNF’s request for comment.