A South Korean protester who set himself on fire in protest Friday outside of the Japanese Embassy in Seoul, South Korea, has died, police said.

The 78-year-old man identified by his surname, Kim, told a friend he was going to set himself on fire as a display of his antipathy toward Japan amid rising tensions between Tokyo and Seoul, authorities said, The Associated Press reported.

“It is presumed that the man, using 20 liters of gasoline and butane gas in the car, tried to set himself on fire,” read a statement from Jongno Fire Station. He died of second-degree burns to his chest, arm and face, CNN reported. (RELATED: South Korea Prepared Fighter Jets After Being Spoofed By Flock Of Birds At The DMZ)

Japan recently cracked down on its export controls of high-tech materials used in memory chips and smartphones to South Korea, which South Korean President Moon Jae-in said in July was a “blow to the economy” and that he is trying to come up with a diplomatic solution, CNN reported.

“I hope the Japanese government will respond,” he said. “I hope it will no longer go toward a dead end.” (RELATED: North Korea Threatens US After State Department Exposes Sex Trafficking Details)

The restrictions come after South Korea’s top court ruled citizens could sue Japan for forced labor during World War II, when the peninsula was colonized under Japanese rule from 1910 to 1945.

“If a relationship of trust is not rebuilt, it will be difficult to have a dialogue on trade management and policy,” Jun Iwamatsu, director of trade control policy at Japan’s Ministry of Economy, Trade and Industry, told a news conference Friday, Reuters reported. 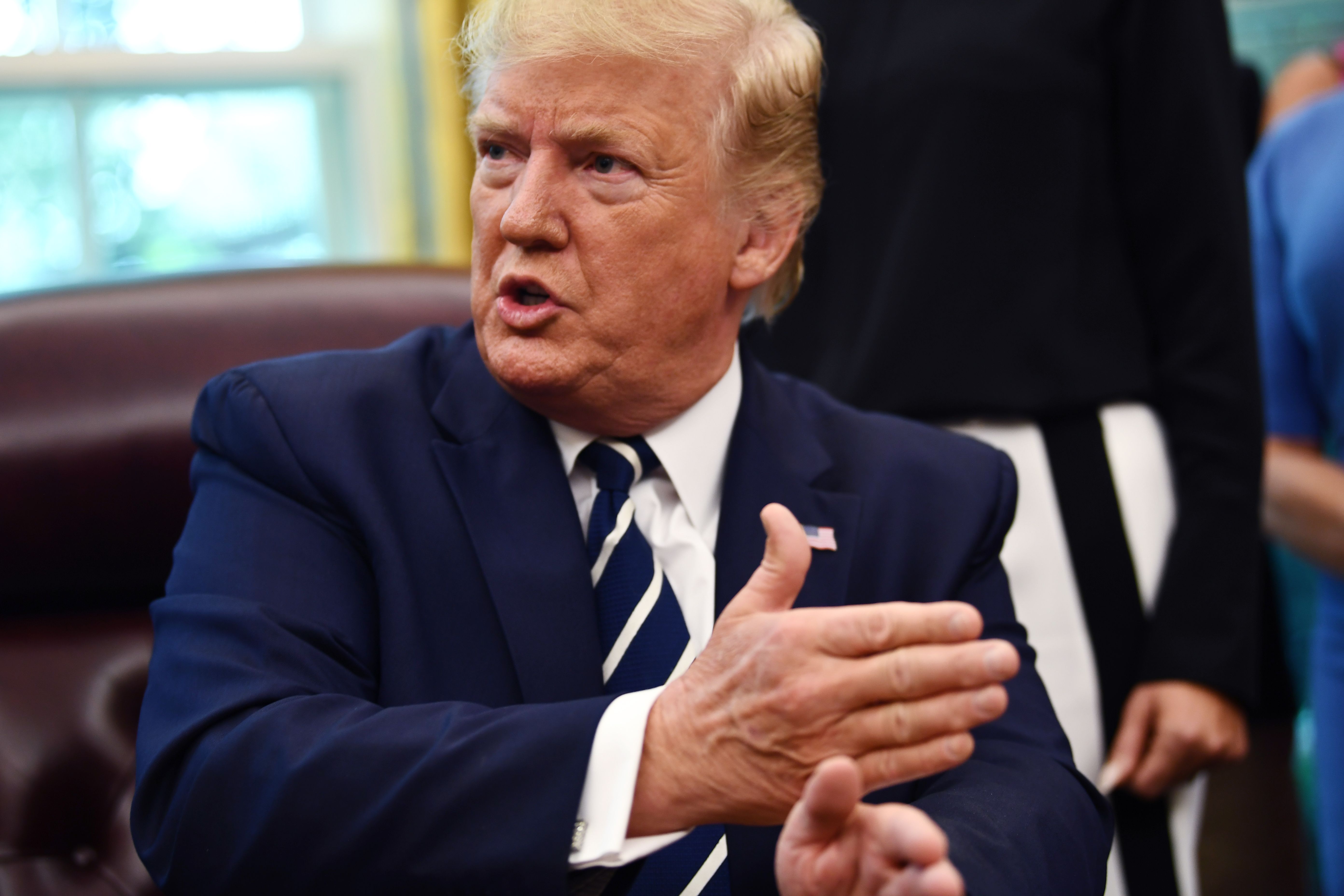 President Donald Trump speaks at a ceremony commemorating the 50th anniversary of the Moon landing, on July 19, 2019, at the White House in Washington, D.C. (Photo by BRENDAN SMIALOWSKI/AFP/Getty Images)

“I said, ‘How many things do I have to get involved in?’ It’s like a full-time job, getting involved between Japan and South Korea,” he continued.

Japan’s Chief Cabinet Secretary Yoshihide Suga responded to the ruling saying it hurt the “relationship of trust” between the two countries and accused Seoul of repeatedly damaging “long-standing friendly ties between the countries.” Suga did deny, however, that Japan’s crackdown on exports was linked with Seoul’s ruling.