High school seniors returned to school in South Korea Wednesday, but some were quickly sent home when new cases were reported in the schools.

Reopened schools are following standard safety precautions. Students and teachers are required to wear masks, and students are temperature checked and use hand sanitizer before entering the buildings. But despite the safety measures, two students were found to have coronavirus, and students were sent home in some schools the same day they were reopened, the Associated Press reported.

Although the two students who tested positive did not return to school Wednesday, officials decided to send students home and temporarily close 66 schools in Incheon, a city west of Seoul, as a precautionary measure, the city’s Metropolitan City Office of Education said.

In Anseong, south of Seoul, students were supposed to return to school Thursday but were told to stay home until health officials finished compiling a list of all the places that a new coronavirus patient had visited. (RELATED: Maryland Gov. Larry Hogan Negotiates Deal With South Korea For 50,000 COVID-19 Test Kits) 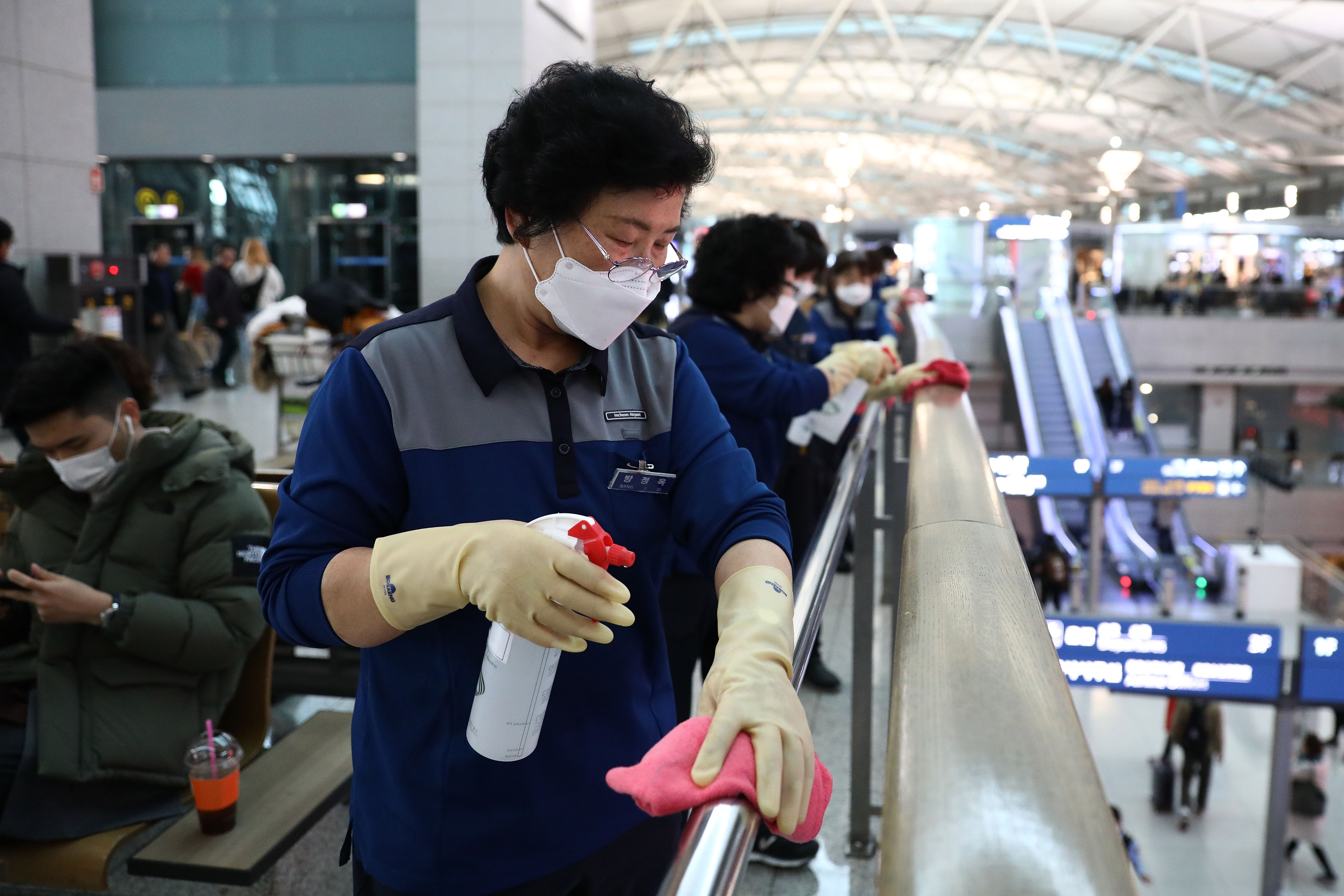 Disinfection workers wearing masks and spray anti-septic solution at the Incheon International Airport on January 27, 2020 in Incheon, South Korea. South Korea confirmed its fourth case of the deadly coronavirus which emerged last month in the city of Wuhan in China and South Korea is one of the most popular foreign travel destinations for Chinese tourists. (Photo by Chung Sung-Jun/Getty Images)

Senior quarantine official Kwon Jun-wook told reporters that South Korea was confident they could contain new outbreaks as schools begin to reopen, according to the Associated Press report.  “We cannot avoid initial confusion and anxiety but I believe we can overcome those as we’ve been calmly and swiftly handling and containing COVID-19,” she said.

South Korea has been one of the most successful countries in the world at containing the outbreak, reporting fewer than 300 deaths. The country used aggressive contact tracing to isolate people who were at risk of contracting the virus, and within two weeks of its peak in February, new daily cases fell from 800 to 100 per day, according to The Atlantic.

Education ministry officials said that students will be sent home immediately if their school reports a new case of the virus, AP reported.

She told reporters that in Seoul, she is “here to see students returning to school while praying that there won’t be any coronavirus patients among our students in 2,200 schools.”