The State Department criticized the Russian government over the sentencing of a 69-year-old woman and her son for being Jehovah’s Witnesses, calling the action “particularly cruel.”

Valentina Baranovskaya, who is recovering from a stroke, was sentenced to a two-year term in a penal colony, according to a Thursday press release. Her son, Roman Baranovsky, received a six-year sentence.

The Russian Supreme Court designated the Jehovah’s Witnesses as an extremist group in 2017. Since that declaration, the State Department noted that 52 members of that denomination have been imprisoned. Sixty three year old Alexandr Ivshin received a seven-and-a-half-year sentence earlier this month, the Moscow Times reported. (RELATED: NBA Star Makes Shocking Retirement Announcement. He’s Walking Away From An Insane Amount Of Money) 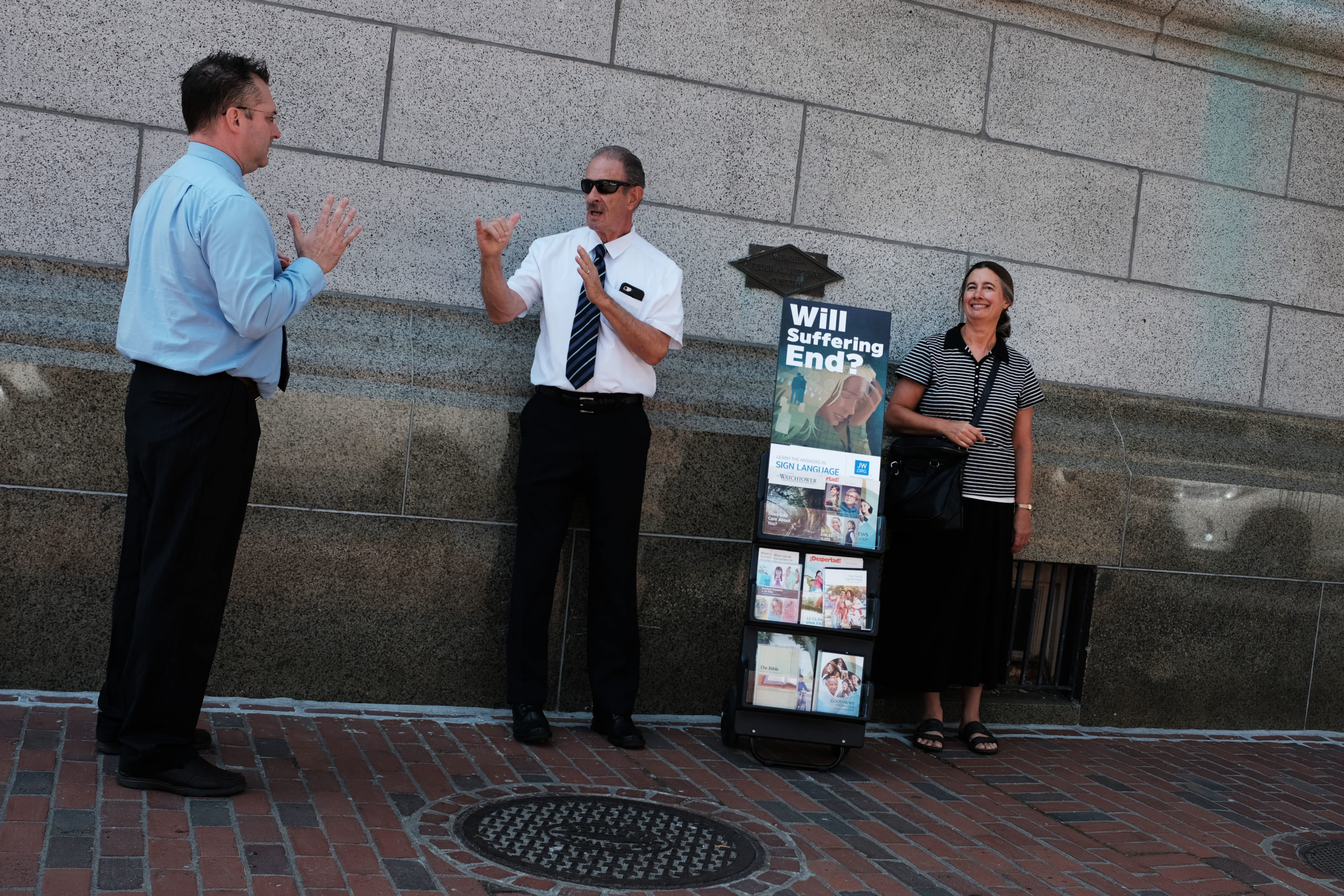 A group of Jehovah’s Witnesses stand on a street corner on August 16, 2019 in Lawrence, Massachusetts. (Photo by Spencer Platt/Getty Images)

The State Department urged the Russian government to reverse its ban on the faith and to “respect the right of all to exercise their freedom of thought, conscience, and religion or belief.”