It goes without saying that for Trump supporters the last thirty-six hours have been anywhere from sad to depressing to even agonizing. The mainstream networks’ effort to call the election for Biden have been joined, apparently by Fox News, whose reporting has the election all but in the bag for Biden, at 264-213.

If we were to go with the mainstream media messaging, the arguments, though true, would be feeble:

All these are true, but when held up against the sheer reach of the mainstream media, it is very difficult for American consumers of news media to not trust them.

This is a very interesting characteristic that many Americans are not aware of: the notion of not trusting any media outlet does not exist in the United States. The farthest it has gotten is to divide the media against itself, with people in the “Fox is always right” camp and those the “Fox is crazy and loony” camp.

However, there are alternate media outlets that are not part of the mainstream group that have a very different story, and they offer analysis. Dr. Steve Turley is one of the men who does this. This video below is fascinating for several reasons:

Dr. Steve is reporting quite boldly, but his information is extremely well-correlated. This is what makes it worthy of attention. Perhaps our readers have noticed that the MSM networks’ coverage seems to be extremely scattered and sort of “blank.” Some people were passing this image around across the socials, indicating that there was a plan, (though the pretty girl in the photo seems more the inducement to take the text seriously when we have no sourcing and no supporting documentation:) 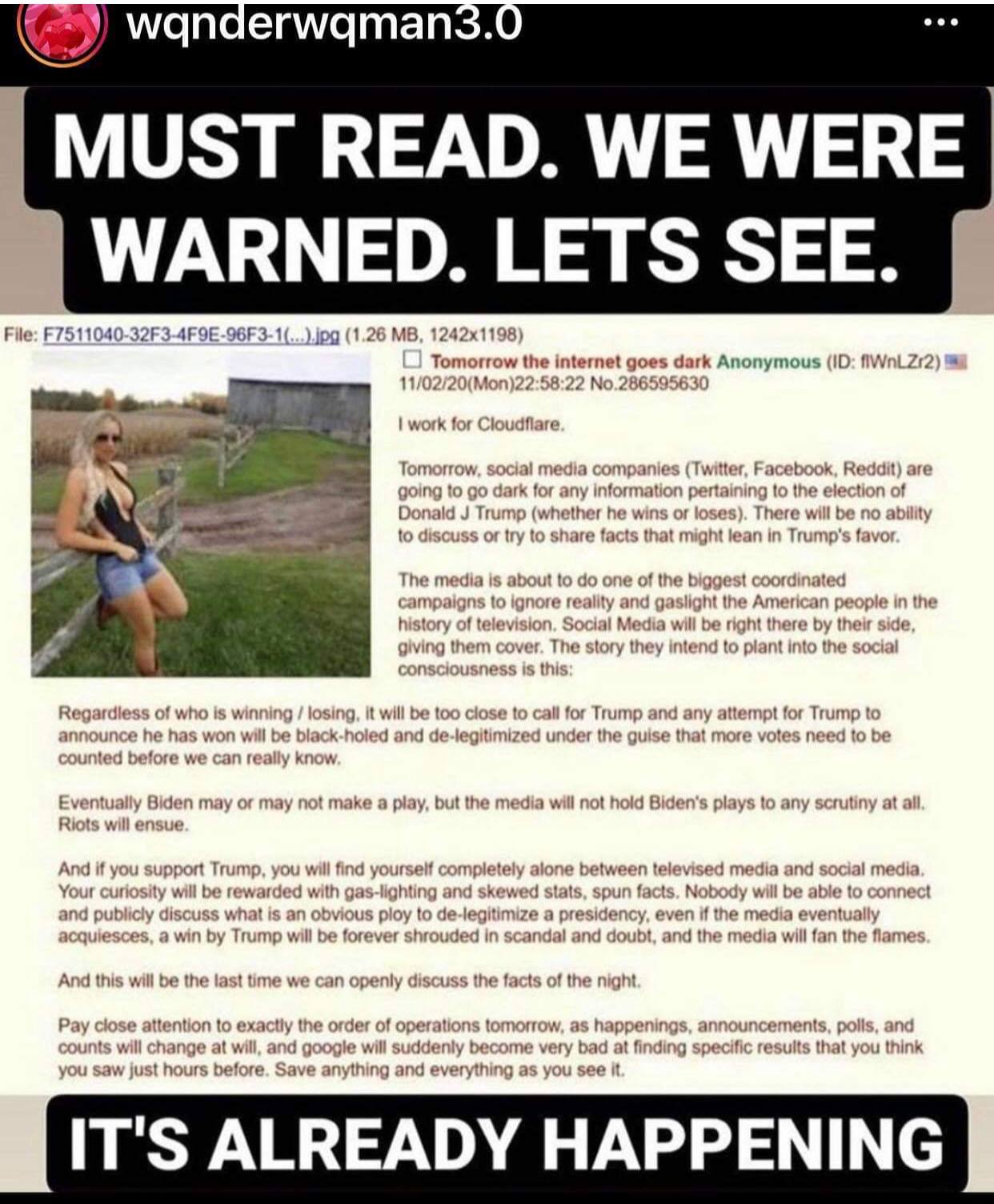