A group of really angry wasps made sure that one fleeing fugitive in Germany didn’t escape police after he disturbed the insects’ home and attempted to get away.

It all went down in the city of Oldenburg when police tried to arrest a 32-year-old man to serve him an outstanding 11-month custodial sentence, according to the Associated Press in a piece published Monday. (RELATED: Patrick Mahomes Puts On Unreal Passing Display During Training Camp) 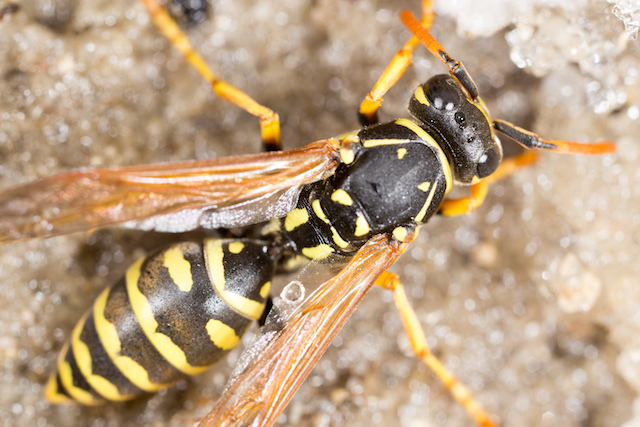 However, instead of the man going with authorities, he tried to escape police and ended up jumping from a balcony right into a wasp nest. (RELATED: Check Out Latest Wild Trailer For ‘Ant-Man And The Wasp’ [VIDEO])

Needless to say, the insects were not pleased their home was disturbed so they attacked the man who then fled into the street trying to escape now not only the police, but the angry wasps as well.

Soon, officers arrived and tried to take the man into custody only to be attacked themselves by this very unhappy group of insects.

The man then was somehow able to break away from the attacking bugs and get free with the insects’ attention now diverted.

However, those angry wasps weren’t done with him yet and continued their high-speed pursuit of the man, leading police to finally get the guy where he was attempting to take refuge in an inflatable pool.

The suspect, whose name has yet to be released, was then finally arrested. No word yet on how bad any of the injuries were to those involved.