The man suspected of setting the deadly anime studio fire in Kyoto, Japan Thursday claimed his book had been plagiarized, according to police.

Shinji Aoba, 41, was identified by authorities as the suspect who allegedly started the fire that killed 33 and injured 35 people working for Kyoto Animation Studio, the New York Port reported. (RELATED: 33 Killed After Man Allegedly Bursts Into Animation Studio, Yells ‘You Die!’ While Setting Building Ablaze)

Aoba, who is hospitalized with severe burns, did not confirm who, if anyone, he blamed at the studio for plagiarizing his book, authorities said.

“I did it,” he reportedly told the police. 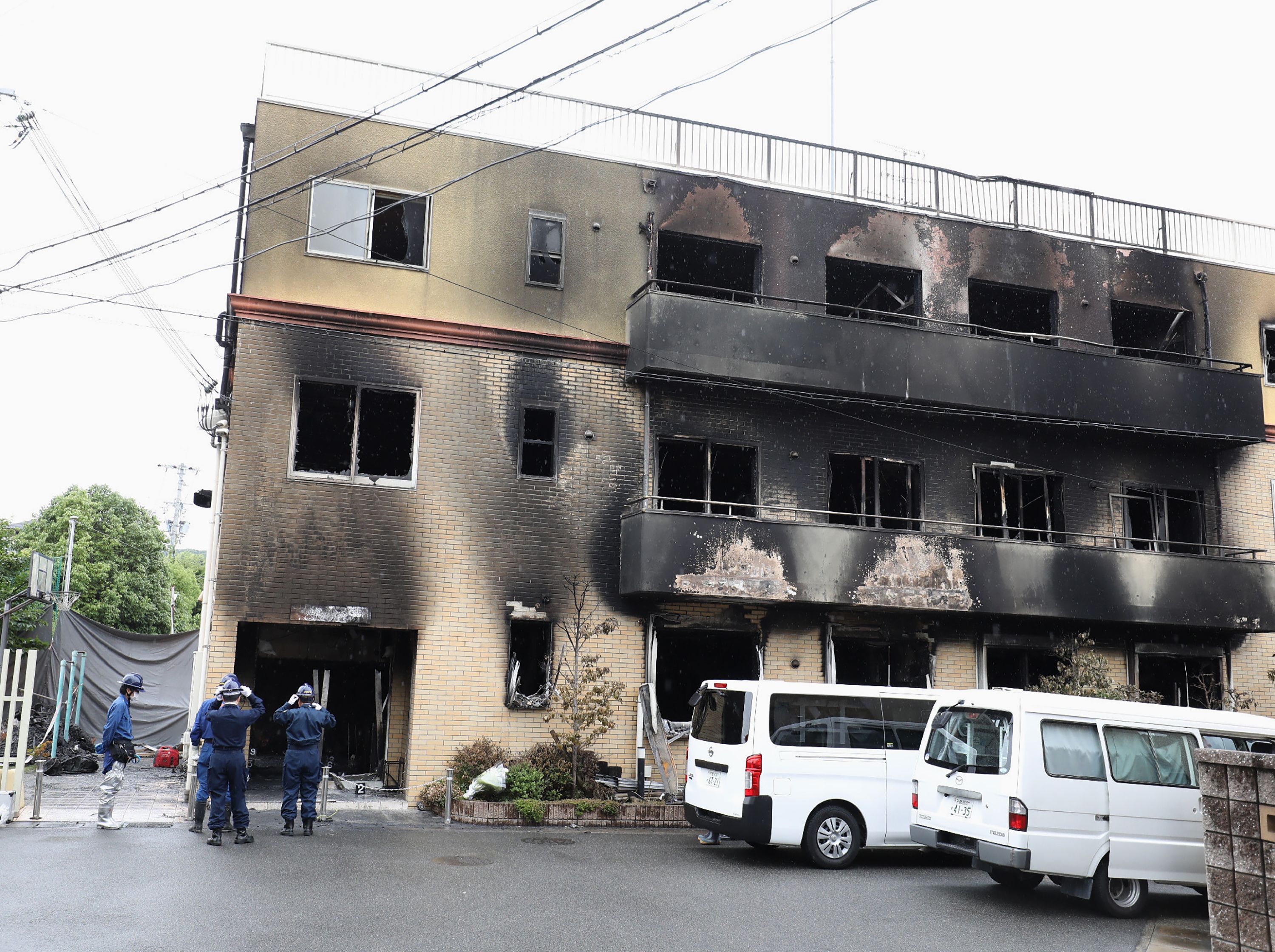 Japanese police officers inspect the scene where over 30 people died in a fire at the Kyoto Animation studio building in Kyoto on July 19, 2019 (Photo by JIJI PRESS/AFP/Getty Images)

Authorities also said Aoba, a resident of the Tokyo suburb of Saitama, was convicted in 2012 of robbing a convenience store, for which he served 3 1/2 years.

After his release he lived in a shelter with other convicts before moving into his apartment, where he reportedly had several run-ins with his neighbors.

The attack allegedly started when Aoba wheeled a cart carrying at least one five-gallon can of gasoline into the building and shouted “you die!” as he set the fire, police reported.

Victims included 12 men, 20 women and one person yet to be identified, all of whom worked for the animation company, CNN reported.

People were reportedly seen running up to the roof in an attempt to escape, while survivors emerged from the building barefoot and bleeding, the Associated Press reported.

The animation company does film and TV productions and is known for stories involving high school girls. Some of its titles are “Lucky Star,” “K-On!” and “Haruhi Suzumiya.”

“They are the people who carry the Japan’s animation industry on their shoulders. I can’t bear to accept the fact they are being hurt or losing their lives,” Kyoto Animation CEO Hideaki Yata said of the victims.