Taiwan Says It Warned WHO About Coronavirus In December, But Its Warnings Were Ignored

Taiwan is blaming the World Health Organization’s relationship with China for its failure to act on early warnings of human-to-human transmission of coronavirus.

Taiwanese health officials alerted WHO of the infectivity of coronavirus in late December 2019, but the organization failed to report the claims to other countries, according to a Financial Times report.

Weeks after receiving Taiwan’s warning, on Jan. 14, WHO repeated China’s claim that coronavirus was not contagious among humans. (RELATED: FLASHBACK Jan. 14: WHO Tells Everyone Don’t Worry Because China Says Coronavirus Isn’t Contagious)

Taiwan reported its concerns to a WHO framework called the International Health Regulations on Dec. 31, 2019. The IHR framework is intended to be an exchange of epidemic data between 196 countries.

“While the IHR’s internal website provides a platform for all countries to share information on the epidemic and their response, none of the information shared by our country’s [Centers for Disease Control] is being put up there,” Taiwanese Vice President Chen Chien-Jen told the Financial Times.

WHO declined to comment on Taiwan’s accusation, telling the Financial Times it holds “frank and open discussions on sometimes sensitive issues” with countries and in order to maintain trust it needs to “respect the confidentiality of such communications.” 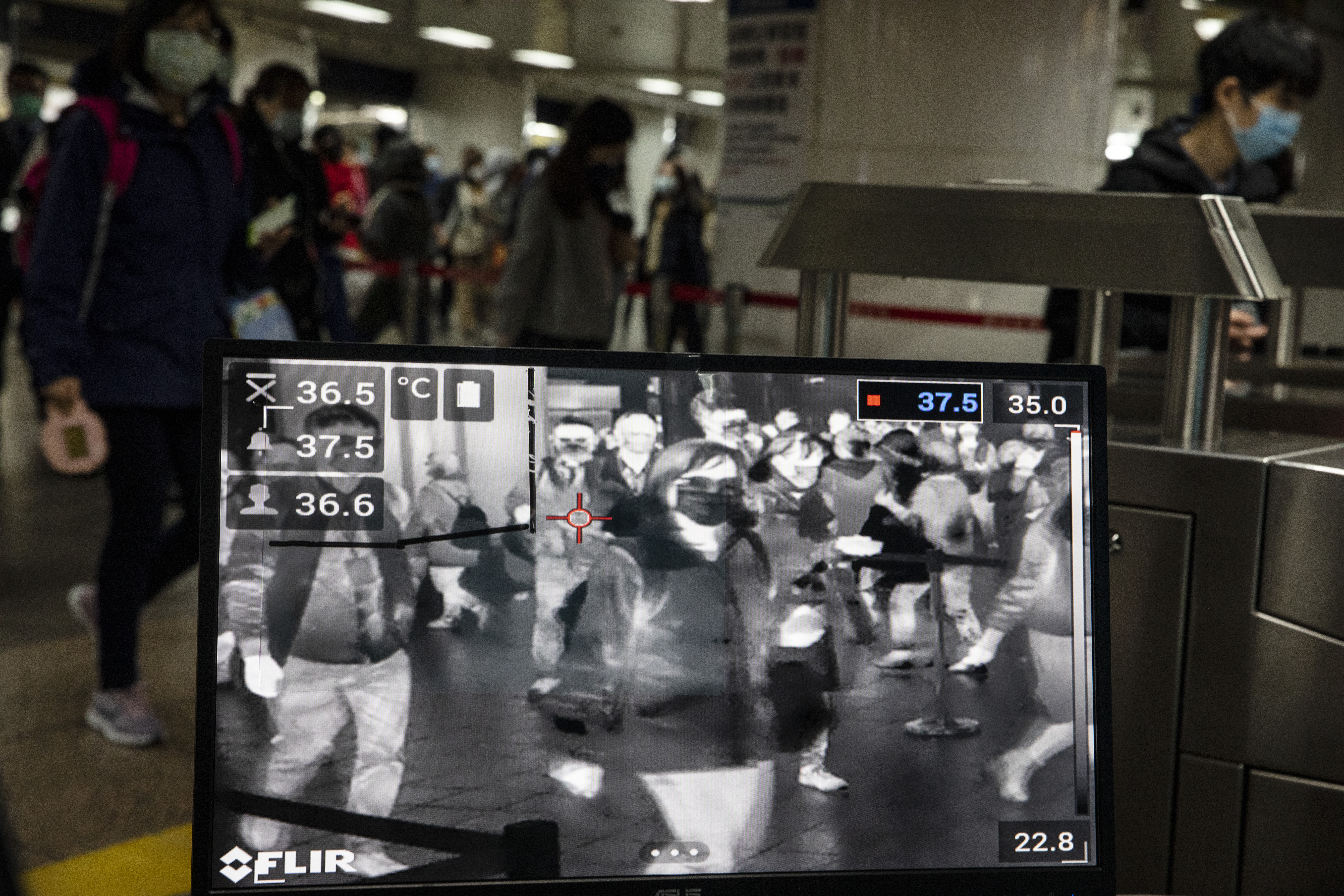 Taipei metro staff in the MRT station monitor the temperatures of passengers with a thermal scanner on March 19, 2020 in Taipei, Taiwan. Taiwan, Singapore and Hong Kong have had more successful approaches in battling the pandemic given their experience with SARS in 2003. (Photo by Paula Bronstein/Getty Images )

Taiwan has had a model response to the coronavirus crisis. Despite being situated just 140 miles off the Chinese coast, Taiwan has had only 135 confirmed cases of the virus and two deaths, according to John Hopkins University.

However, Taiwan has become largely locked out of international institutions as communist China’s influence around the world has grown.

Taiwan was excluded from an emergency committee convened by the WHO on Jan. 21 to determine whether the coronavirus outbreak would grow into an international crisis due to Chinese pressure to keep Taiwan from participating in international organizations, according to a report by Foreign Policy.

China and Taiwan, known officially the Republic of China, officially claim mainland China as a part of their respective territories. And under China’s communist government, under its “One China Principle,” officially claims Taiwan as part of its territory.

The long-running dispute between the two nations began at the end of the Chinese Civil War in 1949, when Chinese Nationalist leader Chaing Kai-Shek fled to Taiwan, opening the door for Chinese communists to wrest control of the mainland.

WHO did not immediately respond to the Daily Caller News Foundation’s request for comment.