The Taliban attacked a provincial capital in Afghanistan this week and freed prisoners stationed there in just the latest example of the extremist movement’s continued advance.

Badghis’s capital Qala-i-Naw experienced widespread fighting amid the attack, although specific details of the situation are unclear, according to The New York Times. An unconfirmed statement from Badghis Parliament member Abdul Rahim Rahin alleged that “the entire city is under control of the Taliban,” the NYT added.

“The enemy has entered the city, all the districts have fallen,” Badghis governor Hessamuddin Shams texted reporters according to France 24. “The fighting has started inside the city.”

The Taliban’s attack began Tuesday when they broke into the Badghis provincial jail, according to the NYT, which cited a police officer in the capital. “Dozens of inmates” escaped as a result, the report noted. (RELATED: Taliban Tells Neighbors To Not Host US Troops Withdrawing From Afghanistan) 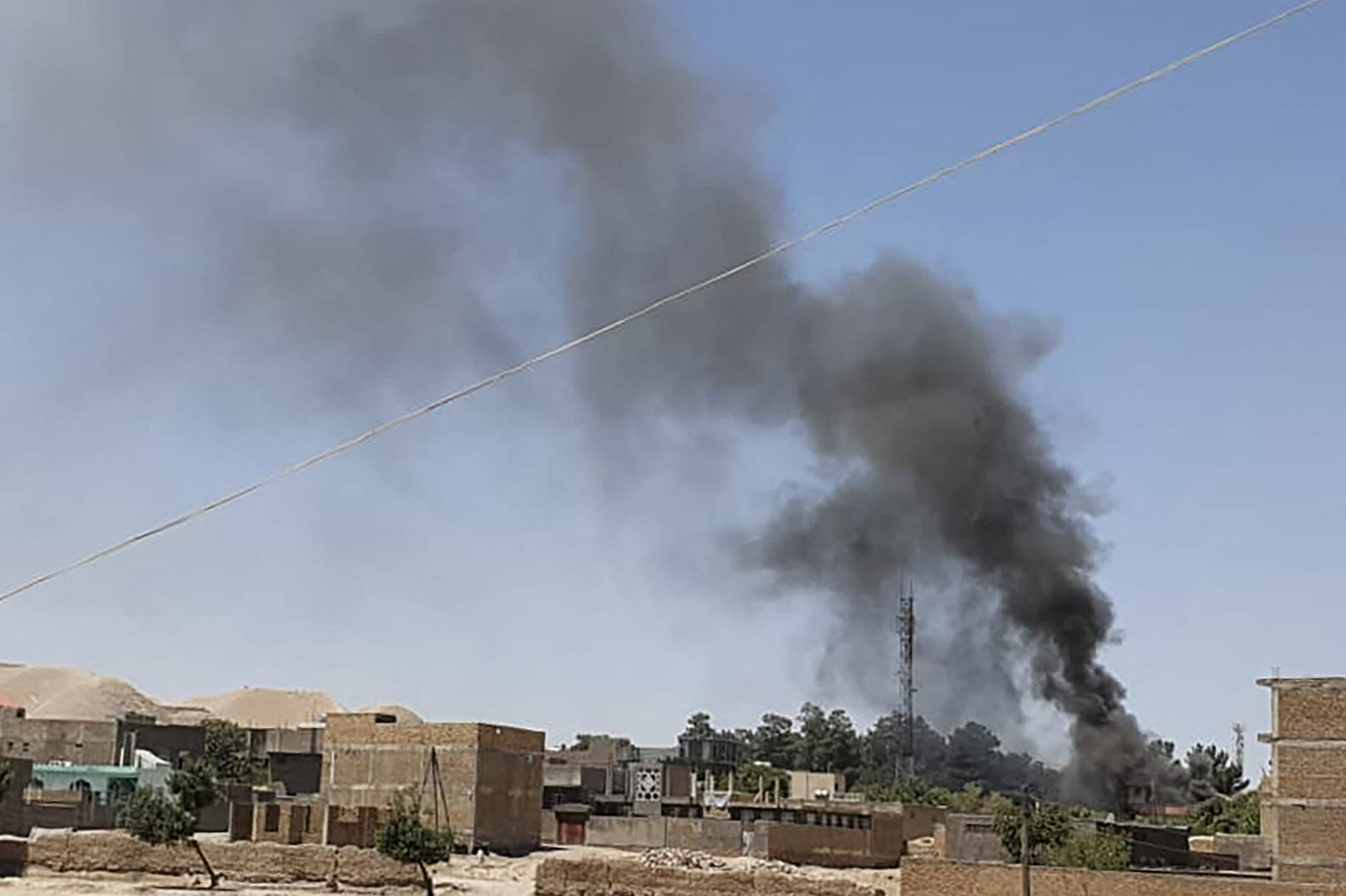 A smoke plume rises from houses amid ongoing fight between Afghan security forces and Taliban fighters in the western city of Qala-i- Naw, the capital of Badghis province, on July 7, 2021 – The Taliban launched a major assault on a provincial capital in Afghanistan on July 7, the first since the US military began its final drawdown of troops from the country, as insurgents press on with a blistering offensive. (Photo by -/AFP via Getty Images)

Airstrikes deployed by the Afghan Air Force reportedly caused the Taliban to retreat as of Wednesday afternoon, the NYT reported. Despite many reports of continued attacks by the Taliban, the Ministry of Defense said in a statement Wednesday afternoon that the group was “fleeing” and they expected “all parts of the city” to be clear “in the next few hours.”

The Taliban advance resulted in at least one civilian death, doctor Mohammad Yosouf Farahmand said according to the NYT. Over a dozen other civilians are reported to be wounded.

The Taliban has been taking over military outposts and districts in Afghanistan amid the U.S. withdrawal of troops. The group has taken control of at least 150 of the country’s 400 districts in just two months, according to the NYT.

President Joe Biden promised to fully withdraw from Afghanistan by September 11. Although the date is still far off, the withdrawal process is already almost complete.