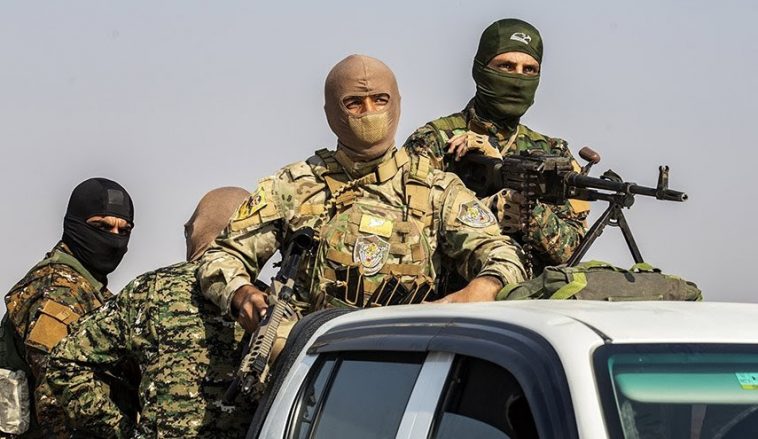 A local source reported that the Asayish militants of the “Qasd” launched a new campaign of arrests in Hasakah countryside, targeting a number of teachers in the town of “Amuda.”

The source pointed out that the Asayish arrested / 4 / teachers from the town, accused of providing educational lessons to the people of the region from the official curricula of the Syrian state, which is prevented by the “SDF” in order to impose its unrecognized Kurdish curricula on the people.

The source pointed out that the Asayish gunmen took the teachers to an unknown destination, and prevented their families from communicating with them, indicating that it was not the first arrest campaign of its kind targeting teachers with this accusation, as it was preceded by similar arrests carried out by the Asayish militants last month in the city. Ad-Darbasiyah “in the countryside of Hasaka.

The teachers’ arrests sparked widespread protests in the region at the time, as students demonstrated to demand the release of their teachers, so the Asayish responded by arresting a number of protesting students and two of their relatives, as well as beating the participants in the protests.

A few days later, the Asayish gunmen released the teachers, while forcing them to sign a pledge not to provide educational lessons from the Syrian state’s curricula, which deprives students in the region of assistance in their educational lessons, as the source indicated to the Syria Documentation Center that the vast majority of the people are They teach their children secretly the official curriculum, in preparation for exams in the Syrian state’s schools, and refrain from teaching them the unrecognized “Qasd” curricula, while the latter tries to impose these curricula by force and intimidate teachers in the region through arrest campaigns.