The body of a child was found dead in “Al-Hol” camp in the countryside of Al-Hasakah. 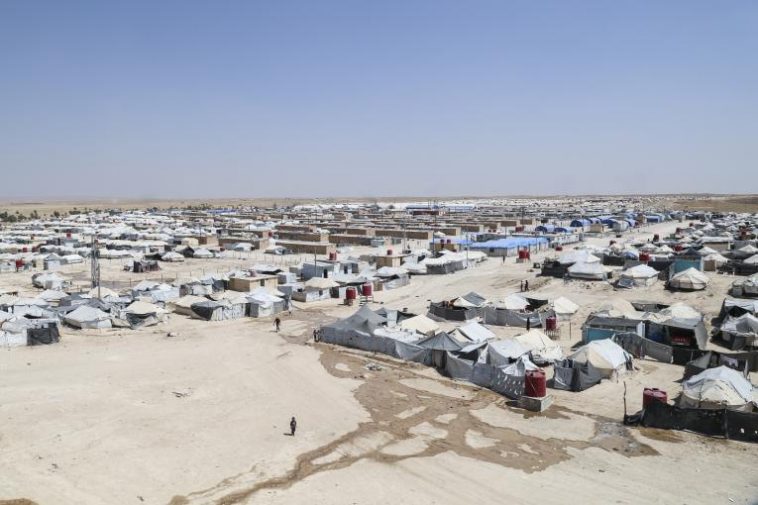 Sources reported that the residents of Al-Hol camp found a body of a child from Al-Shaitat, who was killed in the camp under the control of the SDF in the countryside of Al-Hasakah.

The sources pointed out that the body of the killed child is the 5th that was found during the current week, and it’s the 2nd in 2 days.

On Wednesday, the body of an “SDF” militant was found dead with a gunshot from a silenced pistol.

The sources pointed out that by examining the body of the child, it was found that he had been subjected to several bullets from a silenced pistol, in addition to a wound to the neck caused by a sharp object.

This new incident comes to adds to the series of assassinations that are being recorded daily in the camp, which has become classified as the most dangerous camp, in light of the apparent failure by the “SDF” to control the security situation.

It’s noteworthy that the number of people killed as a result of the insecurity in “Al-Hol” camp since the beginning of this year has reached 45 people, the largest number of whom have Iraqi nationality, including women and children as well.