The ‘Clean Break’ Doctrine: A Modern-Day Sykes-Picot Waging War and Havoc in the Middle East

Authored by Cynthia Chung via The Strategic Culture Foundation:

In 1996 a task force, led by Richard Perle, produced a policy document titled “A Clean Break: A New Strategy for Securing the Realm” for Benjamin Netanyahu, who was then in his first term as Prime Minister of Israel, as a how-to manual on approaching regime change in the Middle East and for the destruction of the Oslo Accords.

The “Clean Break” policy document outlined these goals: 1) Ending Yasser Arafat’s and the Palestinian Authority’s political influence, by blaming them for acts of Palestinian terrorism 2) Inducing the United States to overthrow Saddam Hussein’s regime in Iraq. 3) Launching war against Syria after Saddam’s regime is disposed of 4) Followed by military action against Iran, Saudi Arabia, and Egypt.

“Clean Break” was also in direct opposition to the Oslo Accords, to which Netanyahu was very much itching to obliterate. The Oslo II Accord was signed just the year before, on September 28th 1995, in Taba, Egypt.

During the Oslo Accord peace process, Likud leader Benjamin Netanyahu accused Rabin’s government of being “removed from Jewish tradition…and Jewish values.” Rallies organised by the Likud and other right-wing fundamentalist groups featured depictions of Rabin in a Nazi SS uniform or in the crosshairs of a gun. In July 1995, Netanyahu went so far as to lead a mock funeral procession for Rabin, featuring a coffin and hangman’s noose.

The Oslo Accords was the initiation of a process which was to lead to a peace treaty based on the United Nations Security Council Resolutions 242 and 338, and at fulfilling the “right of the Palestinian people to self-determination.” If such a peace treaty were to occur, with the United States backing, it would have prevented much of the mayhem that has occurred since. However, the central person to ensuring this process, Yitzak Rabin, was assassinated just a month and a half after the signing of the Oslo II Accord, on November 4th, 1995. Netanyahu became prime minister of Israel seven months later. “Clean Break” was produced the following year.

On November 6th, 2000 in the Israeli daily Ha’aretz, Israeli Justice Minister Yossi Beilin, who was the chief negotiator of the Oslo peace accords, warned those Israelis who argued that it were impossible to make peace with the Palestinians:

“Zionism was founded in order to save Jews from persecution and anti-Semitism, and not in order to offer them a Jewish Sparta or – God forbid  – a new Massada.”

On Oct. 5, 2003, for the first time in 30 years, Israel launched bombing raids against Syria, targeting a purported “Palestinian terrorist camp” inside Syrian territory. Washington stood by and did nothing to prevent further escalation.

“Clean Break” was officially launched in March 2003 with the war against Iraq, under the pretence of “The War on Terror”. The real agenda was a western backed list of regime changes in the Middle East to fit the plans of the United Kingdom, the U.S. and Israel. However, the affair is much more complicated than that with each player holding their own “idea” of what the “plan” is. Before we can fully appreciate such a scope, we must first understand what was Sykes-Picot and how did it shape today’s world mayhem.

WWI was to officially start July 28th 1914, almost immediately following the Balkan wars (1912-1913) which had greatly weakened the Ottoman Empire. Never one to miss an opportunity when smelling fresh blood, the British were very keen on acquiring what they saw as strategic territories for the taking under the justification of being in war-time, which in the language of geopolitics translates to “the right to plunder anything one can get their hands on”.

The brilliance of Britain’s plan to garner these new territories was not to fight the Ottoman Empire directly but rather, to invoke an internal rebellion from within. These Arab territories would be encouraged by Britain to rebel for their independence from the Ottoman Empire and that Britain would support them in this cause. These Arab territories were thus led to believe that they were fighting for their own freedom when, in fact, they were fighting for British and secondarily French colonial interests.

In order for all Arab leaders to sign on to the idea of rebelling against the Ottoman Sultan, there needed to be a viable leader that was Arab, for they certainly would not agree to rebel at the behest of Britain. Lord Kitchener, the butcher of Sudan, was to be at the helm of this operation as Britain’s Minister of War. Kitchener’s choice for Arab leadership was the scion of the Hashemite dynasty, Hussein ibn Ali, known as the Sherif of Mecca who ruled the region of Hejaz under the Ottoman Sultan. Hardinge of the British India Office disagreed with this choice and wanted Wahhabite Abdul-Aziz ibn Saud instead, however, Lord Kitchener overruled this stating that their intelligence revealed that more Arabs would follow Hussein.

Since the Young Turk Revolution which seized power of the Ottoman government in 1908, Hussein was very aware that his dynasty was in no way guaranteed and thus he was open to Britain’s invitation to crown him King of the Arab kingdom.

Kitchener wrote to one of Hussein’s sons, Abdallah, as reassurance of Britain’s support: “If the Arab nation assist England in this war that has been forced upon us by Turkey, England will guarantee that no internal intervention take place in Arabia, and will give Arabs every assistance against foreign aggression.”

Sir Henry McMahon who was the British High Commissioner to Egypt, would have several correspondences with Sherif Hussein between July 1915 to March 1916 to convince Hussein to lead the rebellion for the “independence” of the Arab states.

However, in a private letter to India’s Viceroy Charles Hardinge sent on December 4th, 1915, McMahon expressed a rather different view of what the future of Arabia would be, contrary to what he had led Sherif Hussein to believe:

“[I do not take] the idea of a future strong united independent Arab State … too seriously … the conditions of Arabia do not and will not for a very long time to come, lend themselves to such a thing.”

Such a view meant that Arabia would be subject to Britain’s heavy handed “advising” in all its affairs, whether it sought it or not.

In the meantime, Sherif Hussein was receiving dispatches issued by the British Cairo office to the effect that the Arabs of Palestine, Syria, and Mesopotamia (Iraq) would be given independence guaranteed by Britain, if they rose up against the Ottoman Empire.

The French were understandably suspicious of Britain’s plans for these Arab territories. The French viewed Palestine, Lebanon and Syria as intrinsically belonging to France, based on French conquests during the Crusades and their “protection” of the Catholic populations in the region. Hussein was adamant that Beirut and Aleppo were to be given independence and completely rejected French presence in Arabia. Britain was also not content to give the French all the concessions they demanded as their “intrinsic” colonial rights.

Sykes-Picot: the Gentlemen’s Etiquette on Backstabbing

Francois Georges Picot was sent to negotiate with the British on November 23rd, 1915. He was chosen for this role due to his policy outlook of the “Syrian party” in France, which asserted that Syria and Palestine (which they considered a single country) were French property, for historical, economic, and cultural reasons. Approximately six months later, the top secret terms of the agreement were signed on May 16th, 1916. The map showcases the agreed upon ‘carving up’ of these Arab territories, to be the new jewels of Britain and France. 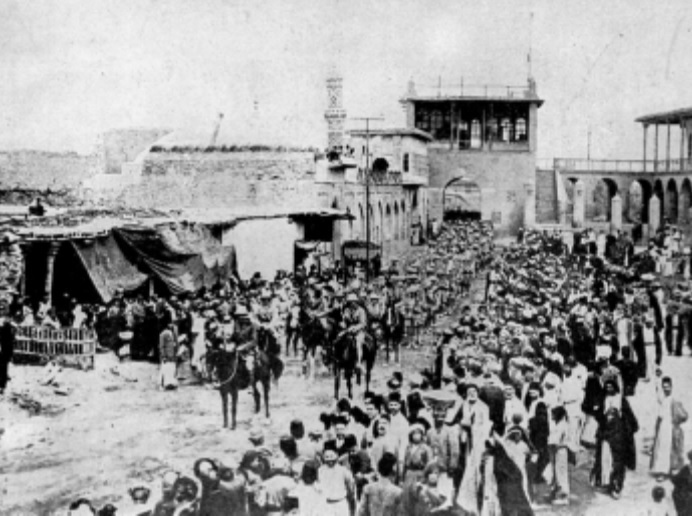 mandate over Palestine from the League of Nations in July 1922. 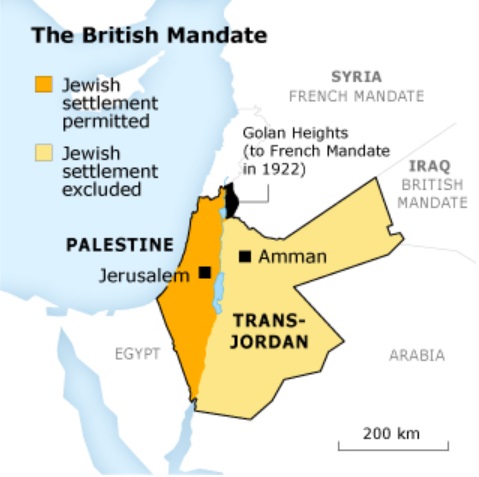 Chilcot Inquiry, aka Iraq Inquiry, released 7 years later, attests to. This was done by the dubious reporting by British Intelligence setting the pretext for the U.S.’ ultimate invasion into Iraq based off of fraudulent and forged evidence provided by GCHQ, unleashing the “War on Terror”, aka “Clean Break” outline for regime change in the Middle East.

In addition, the Libyan invasion in 2011 was also found to be unlawfully instigated by Britain. In a report published by the British Foreign Affairs Committee in September 2016, it was concluded that it was “the UK and France in March 2011 which led the international community to support an intervention in Libya to protect civilians from forces loyal to Muammar Gaddafi”. The report concluded that the Libyan intervention was based on false pretence provided by British Intelligence and recklessly promoted by the British government.

If this were not enough, British Intelligence has also been caught behind the orchestrations of Russia-Gate and the Skripal affair.

Therefore, though the U.S. and Israeli military have done a good job at stealing the show, and though they certainly believe themselves to be the head of the show, the reality is that this age of empire is distinctly British and anyone who plays into this game will ultimately be playing for said interests, whether they are aware of it or not.