The Portland Protests. Where are they going?

The protest has emerged following the murder of George Floyd, a Back African  American in Minneapolis by the police, in conjunction with the black lives matter movement, to create a political Street protest which is determined, through peaceful, non-violent protest, to facilitate change in the American system of the administration of democracy.

In an interview with David Rovics, a renowned singer-songwriter and poet, we learn of the history of The Portland protests it’s aims and its ongoing mission to effect change.

David has lived in Portland with his wife and young family for over a decade and has witnessed his rent increase by over 250% during that time. 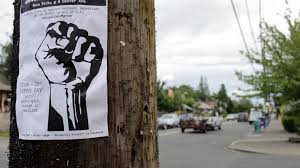