The Russian Deputy Foreign Minister discusses with “Pedersen” the political settlement in Syria. 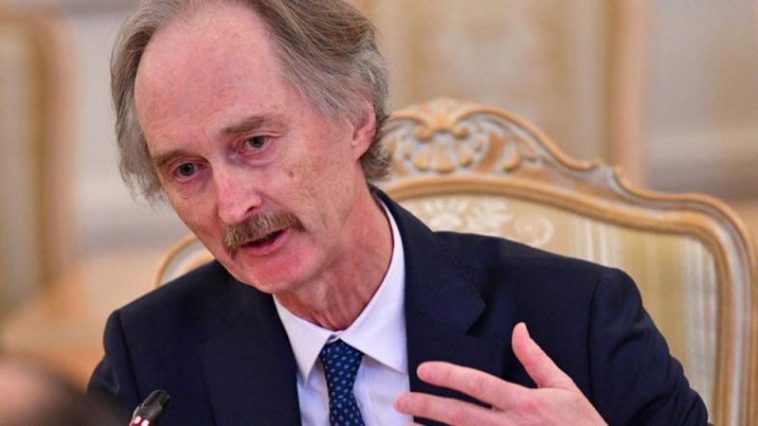 The Russian Deputy Foreign Minister “Sergey Vershinin” discussed with the special international envoy to Syria “Geir Pedersen” the issue of the political settlement of the Syrian crisis.

The Russian Foreign Ministry issued a statement saying that the 2 sides discussed urgent tasks to move towards a sustainable political settlement in Syria, taking into consideration the upcoming discussion of this settlement at the meeting of the UN Security Council.

The meeting between the 2 parties comes after the 5th round of the mini-constitutional committee meetings, after which Pedersen announced that the participating delegations didn’t reach any new progress as the talks failed to make any breach in the political settlement process, and the meeting also didn’t reach an agreement on a date for the next round.

Pedersen announced that he would seek agreement with the actors in the Syrian crisis in order to reactivate the meetings and push for their revitalization and make a tangible impact on the political settlement process, indicating that he would visit Damascus to discuss with the Syrian government officials before submitting his review to the UN Security Council about the last round of talks.

It’s noteworthy that the Russian Foreign Minister “Sergey Lavrov” had previously renewed his country’s position regarding its readiness to continue strengthening the comprehensive Syrian dialogue between the participating parties in order to reach a political solution in accordance with the resolution 2254.