The SDF denies Turkey’s statements about the outcome of its losses in the recent battles. 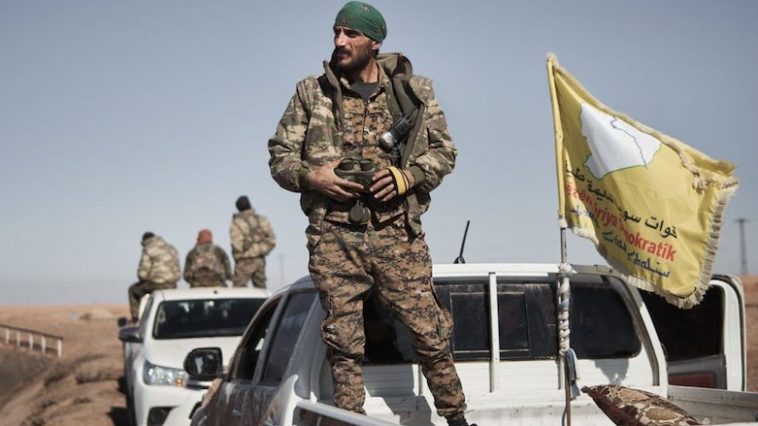 The “SDF” denied in a statement issued on Tuesday, what the Turkish ministry of defense said about the losses in the battles and the targeting that broke out between the 2 parties during the past 3 days, in the “Ain Issa” area in the countryside of Raqqa.

The “SDF” described the Turkish statement which reported heavy losses in its ranks as a false one, saying that 4 of its fighters were killed during the recent battles, while 4 others were wounded.

According to the SDF, the clashes that took place during the past 3 days resulted in the killing of 37 armed men from the Turkish factions, while 18 others were wounded, in addition to the destruction of an armored vehicle belonging to the militants.

The response of the “SDF” comes after the Turkish ministry of defense published in a statement recently that the Turkish army managed to neutralize 35 militants from the “SDF” in the battles that broke out around the town of “Ain Issa” in the countryside of Raqqa.

It’s noteworthy that the past 3 days witnessed a major escalation by the Turkish army and its affiliated factions on the town of “Ain Issa”, north of Raqqa, as part of the continuous attempts to advance towards it with the aim of seizing it, which led to violent clashes, most of which were concentrated on the side of the villages of “Sakiru” and Al-Maalik and Saida, under intense targeting of the town by the Turkish artillery.