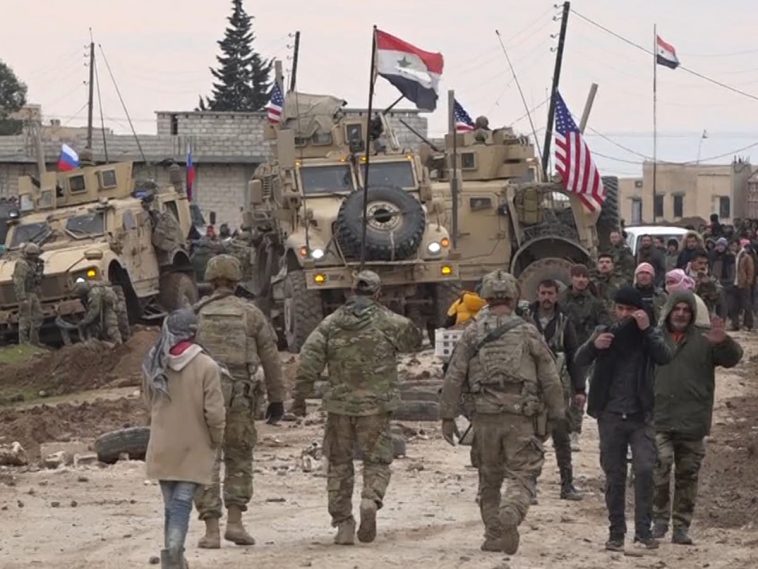 Sources reported that the Syrian army responded to / 3 / simultaneous attacks on different axes, carried out by the militants of the terrorist organization “ISIS” towards its points in the Deir Ezzor desert during the past 24 hours, in a failed attempt by them to advance in the area.

The sources stated that the first attack took place in the “Dweir desert,” during which the militants used a booby-trapped car that tried to reach one of the Syrian army points there, after which violent clashes erupted between the two sides, resulting in the killing and wounding of a number of ISIS terrorists.

The sources added that the second attack was carried out in the “Badia Sabikhan” area, and resulted in the death of an ISIS militant and wounding at least 2 others, without any change in the control map there, while the third attack came on the “Badia Dablan” axis. And it lasted for several hours, before military reinforcements arrived and the army was completely confronted.

The sources pointed out that “since Saturday morning, the Syrian army has sent military reinforcements to the points that were attacked,” noting that all the aforementioned attacks took place at the same time, in an attempt by ISIS militants to disperse the army units.

The recent attacks are considered the most violent of their kind among the Syrian Badia battles that have continued for about a month between the Syrian army and ISIS terrorists in the Aleppo-Hama-Raqqa triangle, noting that the number of the militants killed since the beginning of those battles has exceeded 50 dead, With the number of injuries exceeding the / 40 / threshold.