The U.S. may be experiencing a chicken-wing glut due to the cancellation of March Madness, Eater reported.

While people may find shelves at their local grocery stores stacked with vegan or Dasani products because Americans seem to have an aversion to these products, they also may see a surplus of low-priced chicken wings that were previously intended for March Madness, which was cancelled due to the coronavirus pandemic, according to Eater. (RELATED: Here’s The Food People Refuse To Buy Even During A Pandemic)

Chicken-wing suppliers now have excess products which would have gone to bars and Buffalo Wild Wings locations across the country. While the Super Bowl is the largest single sporting event for chicken-wing consumption, National Chicken Council spokesperson told Vice that “March Madness is stretched over 2-3 weeks, so wing consumption would be more over that time.” 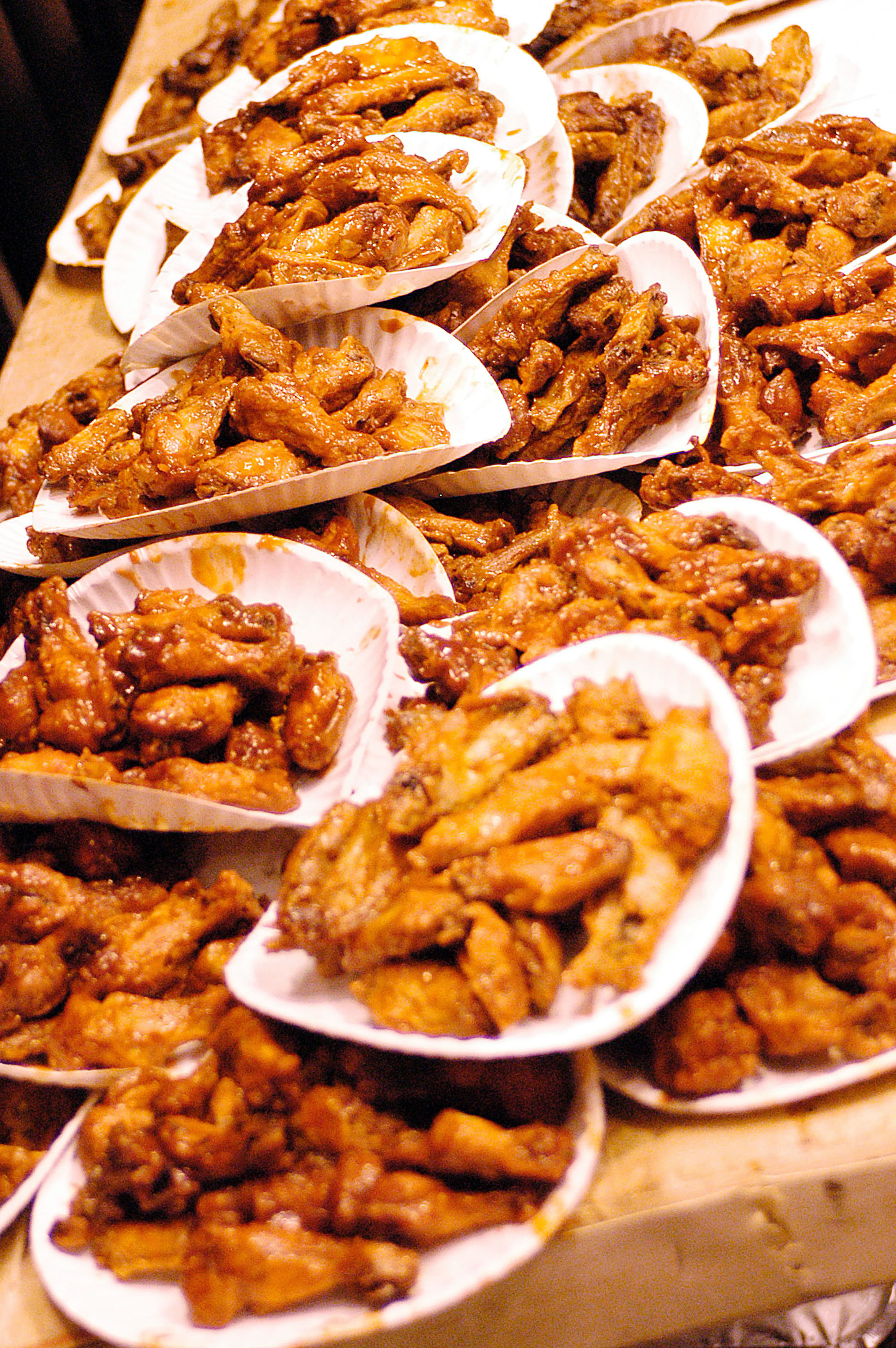 Buffalo Wings are stacked up before the competition begins at the 12th Annual Wing Bowl on January 30, 2004 in Philadelphia. (Photo by Jeff Fusco/Getty Images)

He also said that about 70% of wings are sold in bulk to restaurants, so manufacturers may find it difficult to package them in a way that’s appropriate for grocery stores.

Wings were selling for $1.60 per pound wholesale March 1. A month later, the price has decreased to $1.25, UPI reported.

The surplus of chicken wings is a problem most producers are likely not familiar with this time of year, especially when in 2017, the U.S. was facing a chicken-wing shortage due to such high demand. According to the Wall Street Journal, wholesale prices for chicken wings climbed by almost 20% in August 2017, costing a record $2.09 a pound for jump whole wings. Demand for chicken wings that year didn’t diminish enough for prices to drop, even when March Madness was finished.