The Woman With The Beard Wins Second Prize 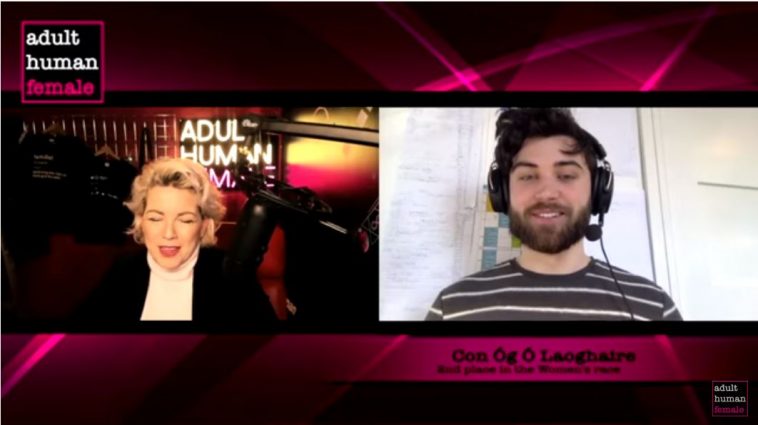 Take a gander at the photograph above, a screengrab from the YouTube channel of a woman who styles herself adult human female, as she certainly is. And the other person is also a woman. Seriously? I know what you’re thinking, women don’t have beards. Actually they do, a very small number of women, one of the causes of which is the medical condition polycystic ovary syndrome,  and very old women do sometimes develop facial hair.

So what about the second “woman” above? This is Irishman Con Óg Ó Laoghaire. In 2019, he entered a race giving his gender as “woman” and came second. As pointed out in a previous article, gender and sex are two different things, but some people intent on destroying Western civilisation, and the idiots who follow them, would have you believe otherwise. Con Óg Ó Laoghaire explained to Kellie-Jay Keen in a recent YouTube interview why he pulled this stunt, it was a humorous attempt to highlight the absurdity of the current state of the law and social trends. Can a man really self-identify as a woman?

If that sounds absurd, this is in effect the situation in which the US Government under dementia sufferer Joe Biden is headed. And if you disagree, you can only be transphobic, right?