These Are The Major Players Trying To Gain Favor With China

Instead of recognizing China’s expansion of its military bases in the South China Sea and its economic influence campaign, known as the Belt and Road Initiative, as threats to the interests of the U.S. and its allies, several politicians and political groups have taken an active role in downplaying the threat posed by China and curry favor with its communist regime.

From Democratic presidential candidates to conservative groups concerned about trade, to one of of the United States’ closest allies, these major political players are trying to curry favor with the power that the Department of Defense regards as the greatest long-term threat to the nation’s interests.

Billionaire and Democratic presidential candidate Mike Bloomberg claimed during an interview on PBS’s Firing Line that China was not a dictatorship and that President Xi Jinping was responsive to the will of the Chinese people.

“The Communist Party wants to stay in power in China and they listen to the public,” Bloomberg said. “Xi Jinping is not a dictator. He has to satisfy his constituents or he’s not going to survive.”

Bloomberg was also an outspoken critic of President Donald Trump’s trade war with China, arguing that Trump’s trade policies would grievously harm U.S. companies that do business in China.

“Here in the United States, the policies Washington is pursuing will, I think, end up hurting our manufacturing, workers and farmers, and of course all consumers will face higher prices,” Bloomberg argued at an April 2018 conference in New York that was co-hosted by China General Chamber of Commerce USA. Bloomberg’s company, Bloomberg LP, is heavily invested in China and his foundation, Bloomberg Philanthropies, has given money to several Chinese government-sponsored green energy intiatives.

“It would be a big drag on our economy, and that’s why the vast majority of U.S. businesses are really opposed to tariffs and seek closer alliances with our trading partners, including, and maybe particularly, China,” he added.

In 2013, Bloomberg News was accused of killing stories that were critical of the Chinese government. 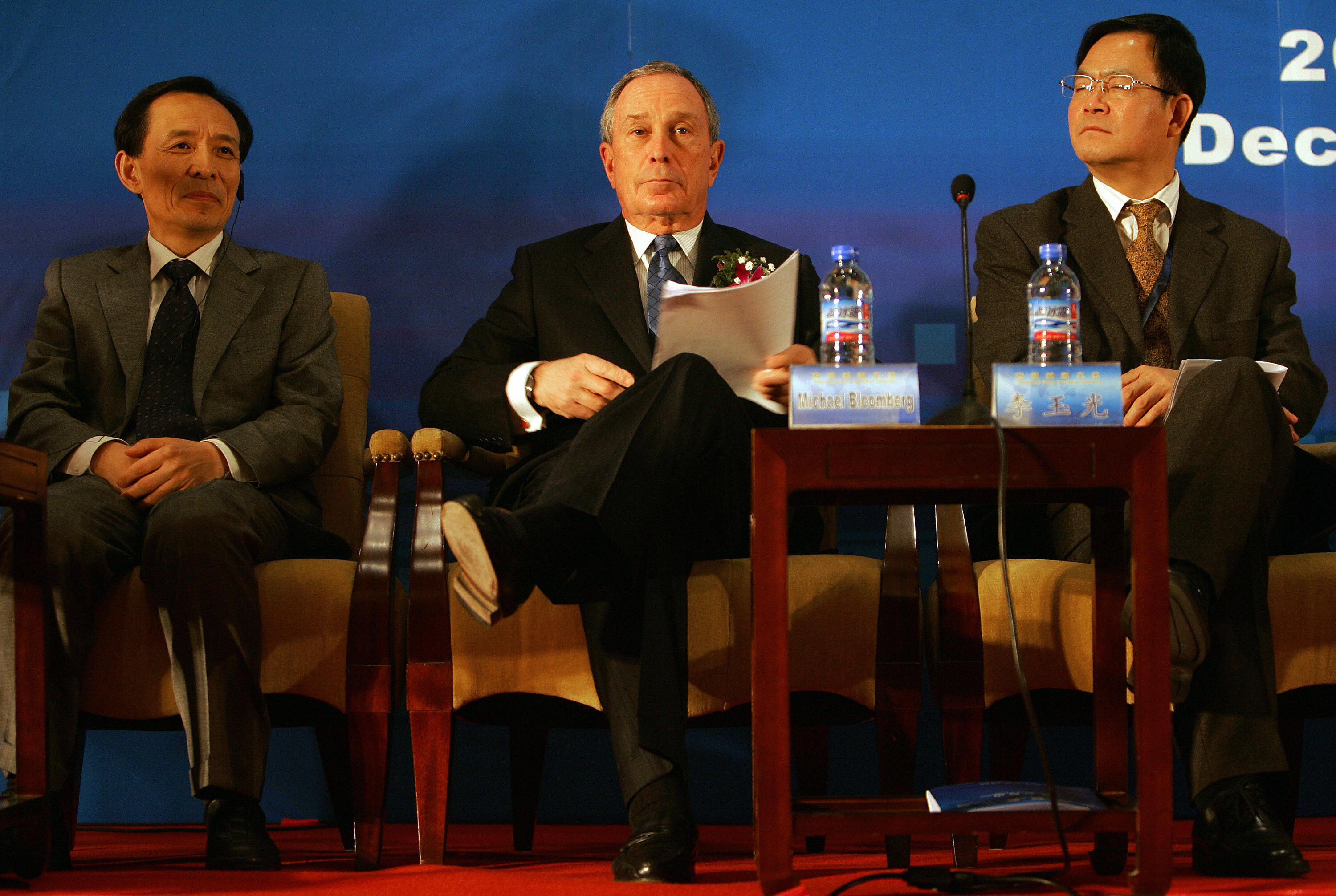 Former Vice President and Democratic presidential candidate Joe Biden also downplayed the threat posed by China at a rally in May 2019, declaring that the communist nation was not competition for the U.S. (RELATED: Joe Biden Says He Told Obama ‘China’s Not Our Problem’ — Need To ‘Invest And Remember Who We Are’)

“China is going to eat our lunch? Come on, man … they can’t even figure out how to deal with the fact that they have this great division between the China Sea and the mountains in the east, I mean in the west,” Biden said at the rally.

“They can’t figure out how they’re going to deal with the corruption that exists within the system. I mean, you know, they’re not bad folks, folks. But guess what, they’re not, they’re not competition for us,” Biden continued.

Though Biden changed his tune soon after, he did not definitively state that China poses a serious risk to U.S. interests.

“I don’t suggest China is not a problem. I’m the guy who’s been the toughest on – I’ve spent more time with [Chinese President] Xi Jinping than anybody else, just because the nature of my job. He’s got problems, he’s got gigantic problems. Doesn’t mean he’s not a threat, doesn’t mean they’re not a threat,” he said.

Conservative British Prime Minister Boris Johnson endeavored to create a closer bond with China in preparation for Britain’s final exit from the European Union, which occurred on January 31, and announced that the UK would allow Chinese telecom giant Huawei to help build a limited part of the UK’s 5G network. The announcement came despite a campaign by the Trump administration to convince Johnson to ban Huawei from the country’s 5G infrastructure.

Concerns over Huawei stem from the concern that the Chinese company could pose a national security risk to the U.S. and its allies if it is allowed to help implement part of a 5G network. This is because under Chinese law, any Chinese company, including Huawei, is required to give aid to the government when requested. Chinese companies are also required to hand over any information requested by the government. Therefore, Huawei could take vital information from any 5G network that it helps operate and hand it over to the Chinese government on request.

The fact that the United States and the United Kingdom, along with Australia, Canada and New Zealand, share intelligence through the “Five Eyes” program means that sensitive U.S. intelligence information could be leaked to the Chinese through the intelligence sharing program if one of the other constituent partners, in this case the UK, allows Huawei to participate in its 5G network. China has threatened economic retaliation against any country that bans Huawei, and the post-Brexit British government is sensitive to any economic blow. (RELATED: Trump Teases New Trade Deal With U.K. On Heels Of Conservative Party And Boris Johnson’s Landslide Election Victory) 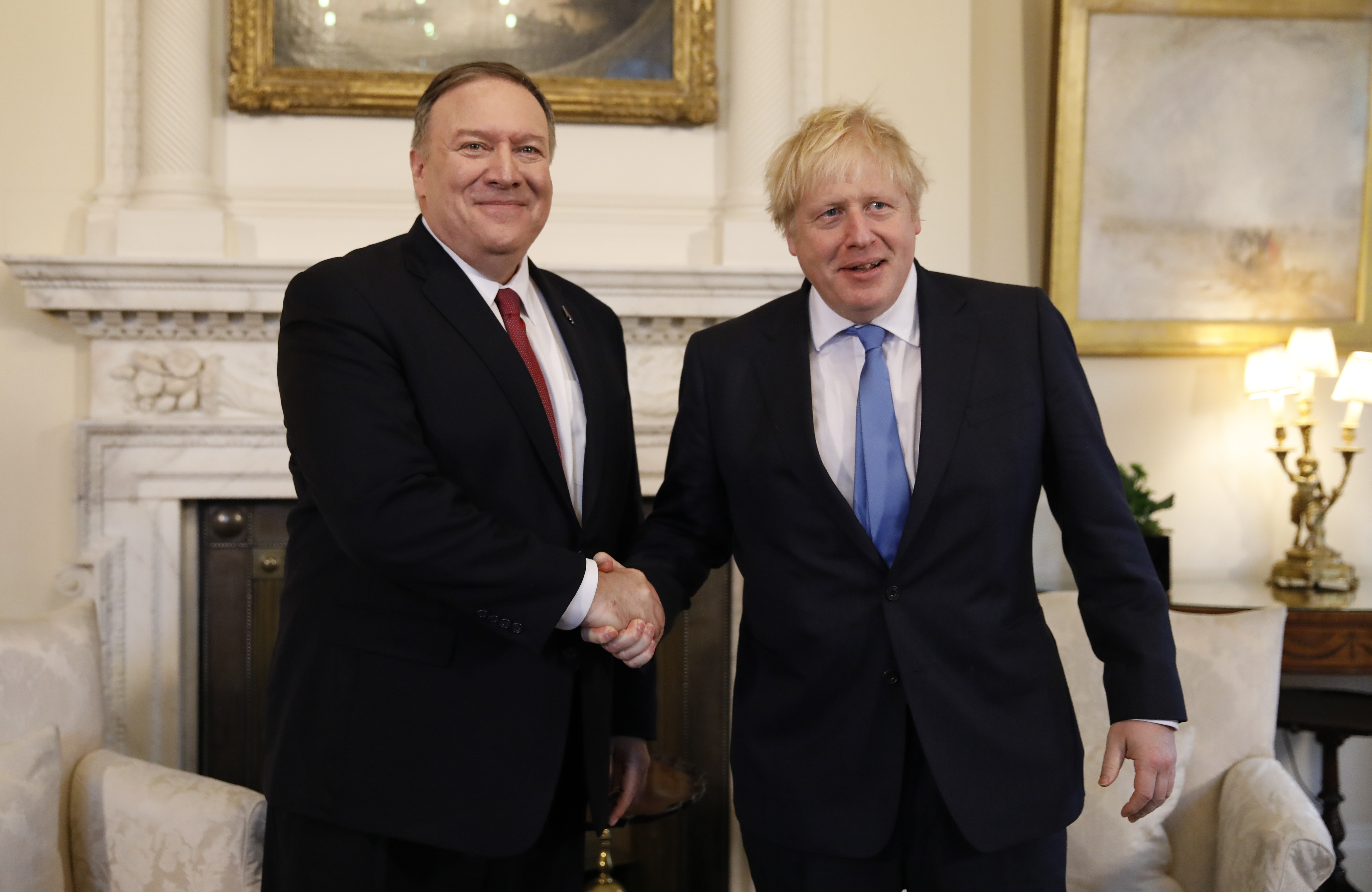 Even some American conservative groups have attempted to convince the Trump administration to not prevent American companies from doing business with Chinese 5G service providers like Huawei. Conservatives for Property Rights, Tea Party Patriots Action and American for Limited Government sent a letter to Trump administration officials in January asking Trump to allow American businesses to do business with Chinese firms.

“So-called ‘decoupling’ — effectively creating two separate wireless technology regimes, one led by the U.S. and one led by China — would undermine American companies’ and thus America’s ability to innovate in 5G,” the letter said.

Several Democratic politicians have repeatedly downplayed the economic and military threat posed by China while Britain, one of the U.S.’s critical allies, has agreed to allow Huawei to aid in its 5G network — possibly threatening both British and American national security. Even some conservative groups have called on the president to cooperate with China on 5G.