The novel coronavirus began in Wuhan, China and has spread to at least 177 countries as of Wednesday, according to a database from the New York Times.

The virus has killed at least 83,000 people so far around the world and sickened over 1.4 million, the NYT database also indicates.

But early on, there were plenty of citizens around the world who tried to issue warnings about the virus. Here are just some of these people:

Li sent a message to other doctors on December 30 warning them about the virus and suggesting they take extra precautions, such as wearing protective gear, to ensure they didn’t contract it. He met with police four days later, where he was forced to sign a letter that accused him of “making false comments” that “severely disturbed the social order,” according to BBC.

“We solemnly warn you: If you keep being stubborn, with such impertinence, and continue this illegal activity, you will be brought to justice – is that understood?” the letter read.

Li wrote “Yes, I do.” He ended up publishing that letter at the end of January on Weibo, a Chinese microblogging website, according to BBC. (RELATED: China Is Leveraging A Disinformation Campaign To Blame The U.S. For The Coronavirus) 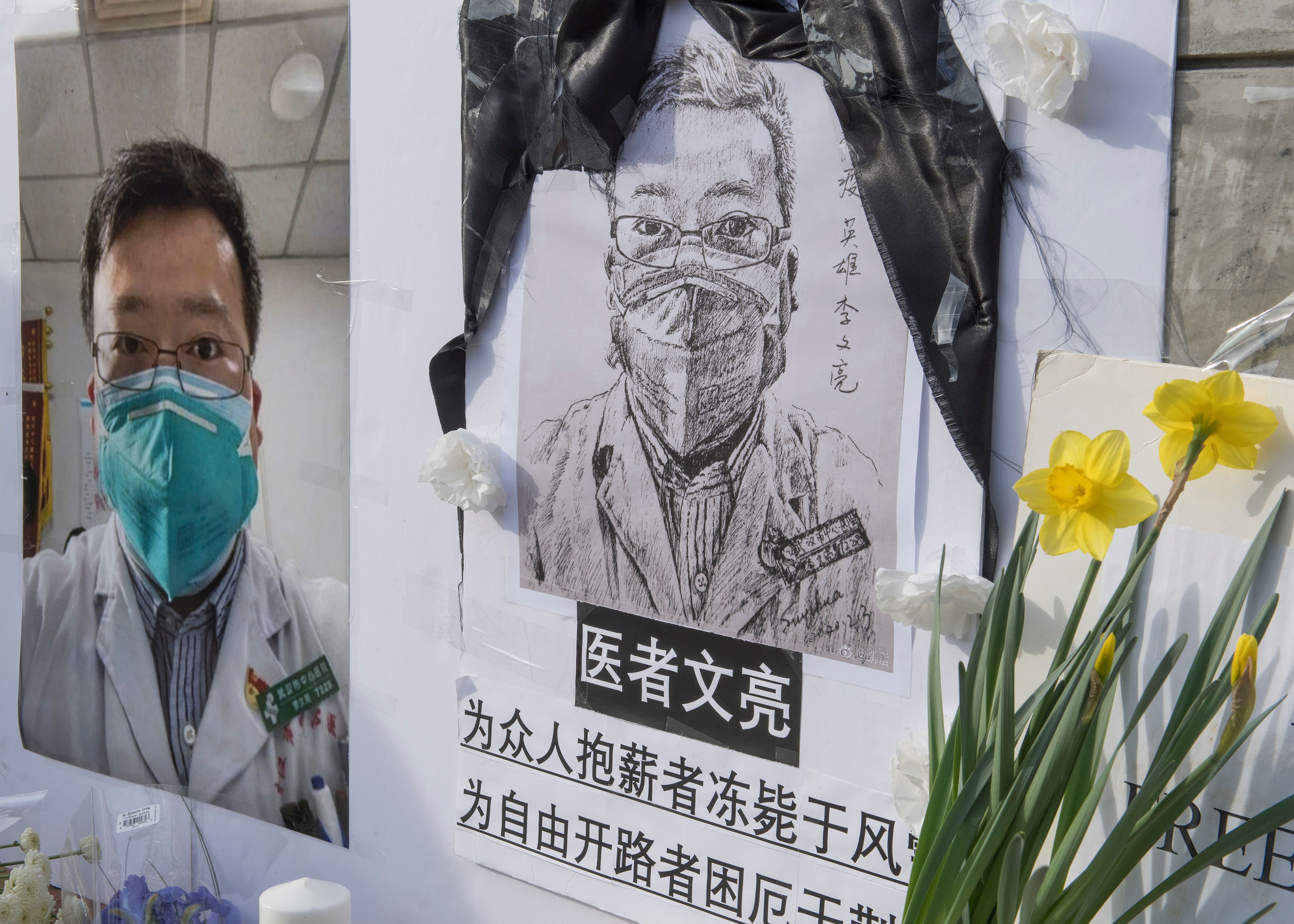 Chinese students and their supporters hold a memorial for Dr Li Wenliang, who was the whistleblower of the Coronavirus, Covid-19, that originated in Wuhan, China. (MARK RALSTON/AFP via Getty Images)

Just days after being ordered to stop by police, Li contracted the virus from a patient who unknowingly had it. Li’s Weibo post describes the symptoms he suffered, BBC reported. It began with a cough on January 10. The next day Li had a fever and he was hospitalized two days after that.

Despite his symptoms, Li tested negative for the novel coronavirus several times until he ultimately got a positive test, he wrote on January 30. This was weeks after his symptoms began. China declared the outbreak an emergency on January 20.

Li died from the novel coronavirus February 7 in a Wuhan hospital, months after police tried to silence him from sounding the alarm about the virus.

“If the officials had disclosed information about the epidemic earlier I think it would have been a lot better. There should be more openness and transparency,” Li told the NYT days before his death.

Sharon Sanders runs the blog FluTrackers from her home in Florida, according to the Washington Post. The website aims to be an online forum and warning system that attempts to track various infectious diseases for the public.

Sanders began to track the virus as early as Dec. 31, according to WaPo. It began with reports that officials in Wuhan, China had announced a strange outbreak caused by an unknown virus. One of FluTrackers’ earliest reports of the virus noted that “a number of people from hospitals in Wuhan said that the current cause is not clear.”

The Florida woman began to track every detail of the now-global pandemic, even before before American outlets and citizens had picked up on the news. In fact, part of the reason why she became so interested in the initial reports from China is because the country often unsells problems, WaPo reported.

“Local officials and media in China need government approval before they can disclose negative information,” Sanders said according to WaPo. “Any type of disease outbreak is considered negative [news] and may impact social order.”

According to Sanders, one note that worried her early on was the lack of reports coming out of China. After the initial admittance of an outbreak on Dec. 31, the statements did not continue. This suggested that Sanders needed to dig deeper, because “China always reports their good news,” she said.

Sanders and others who contribute to FluTrackers did just that and picked up “things we’d never seen before” from various sources coming out of China. (RELATED: How Are People Dying From The Coronavirus?)

Her blog has attracted officials from the World Health Organization, the U.S. Centers for Disease Control, the National Institutes of Health and other agencies, WaPo reported. While it is unclear if the officials saw information specific to the novel coronavirus, it is clear that Sanders’ blog tried to warn Americans of the global pandemic very early on.

Fox News’s Tucker Carlson is another person who warned of the global pandemic from the start. He began covering on his show “Tucker Carlson Tonight” back in January, he told Vanity Fair in an interview. This began amid President Donald Trump’s impeachment, and Carlson said that he warned viewers “a pandemic is inevitable.”

The Fox News host then did a segment February 3 after learning that the Chinese were lying about the novel coronavirus through “someone who works in the U.S. government,” he said according to Vanity Fair.

“And so that night we did a long script on this and said people are just not paying any attention. So that was February 3, which happened to be the night of the Iowa caucuses, which are, of course, a significant and confusing event this year,” Carlson said.

The Fox News host continued to warn people about the threat of a novel coronavirus, reporting that it was dangerous and trying to sound the alarm amid a contentious time in American politics. 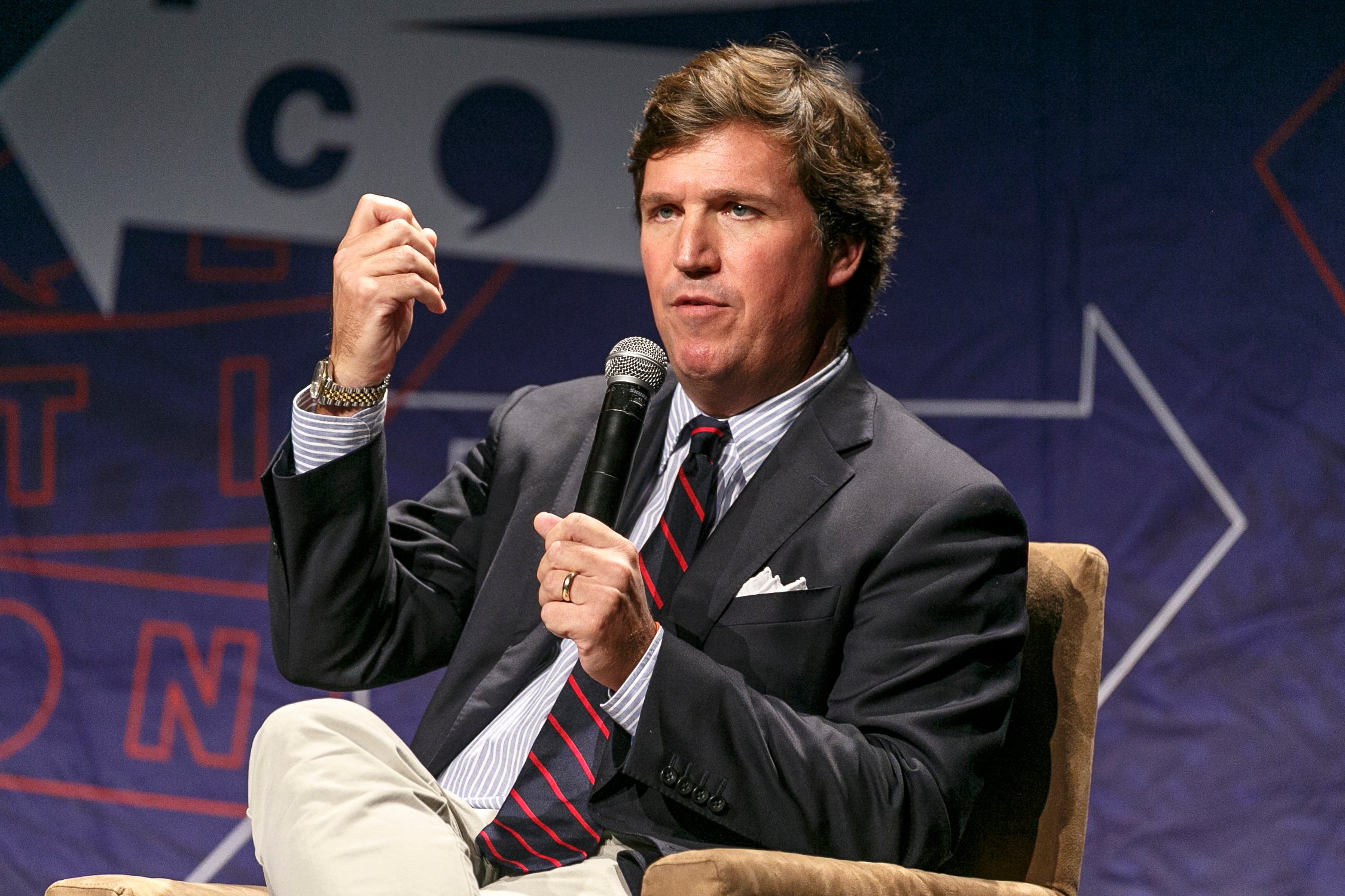 These warnings came even as others in the media downplayed or ignored the virus.

“The first week of February — that was Trump’s impeachment trial and my view was we knew what the outcome was going to be,” Carlson told the LA Times in March. “So it’s irresponsible to spend all your time covering something that you can explain in two minutes and yet the other channels were absolutely wall to wall on this.”

“Meanwhile, there was this epidemic rising in eastern China. And the Chinese, who are pretty good at controlling their own population, couldn’t get it under control. And that seemed very ominous to me. … I was just enraged that no one was covering it.”

Carlson’s warnings even prompted Trump to shift gears, according to the Washington Post. The publication cited two White House sources who said the president watched one of Carlson’s opening monologues talking about how “real” the crisis is. This was reportedly Trump’s “turning point,” WaPo wrote.

Author Gordon Chang spread early reports that China was lying about its coronavirus death toll. Chang is the author of “The Coming Collapse of China” and spoke to Carlson in February about the global pandemic.

This segment came early on, when only Wuhan, China – where the virus originated – was under lockdown. Chang was one of the earlier voices accusing China of lying about the novel coronavirus.

The Chinese-American columnist also warned Americans that the situation was about to get far worse. This was over a month before the World Health Organization named the novel coronavirus as a global pandemic.

“It’s not just Wuhan,” Chang warned. “Many Virologists think that [conditions in] Wuhan will be duplicated in cities like Shanghai, maybe even Beijing. Clearly there is fear everywhere throughout China right now.”

“This is only going to get worse.” (RELATED: March 11 Study Found That China Could Have Prevented Global Pandemic By Acting Three Weeks Earlier)

Chang’s allegations came after China claimed only 425 people had died from the novel coronavirus in the country. He said that the “number is far too low” and suggested it was made up by a country known for its censorship.

Fast-forward just a few months, where the U.S. intelligence community reportedly determined that China did, in fact, push fake coronavirus death and case numbers. This backs up Chang’s early warning that China was, perhaps, attempting to downplay the threat of the virus and how badly it had affected the country.