‘They’re Letting Everyone Else Out’: Capitol Rioter Has Outburst During Court Hearing

Richard Barnett, the man accused of illegally entering Speaker Nancy Pelosi’s office during the Jan. 6 riots at the Capitol, had a virtual court hearing Thursday where he repeatedly exclaimed that he was being treated unfairly.

Barnett yelled at the judge and his own lawyers during the hearing, claiming it was not fair that he was still detained while others rioters awaiting their trials had already been released, according to the New York Times.

“They’re dragging this out!” Barnett screamed, according to the Times. “They’re letting everybody else out!” 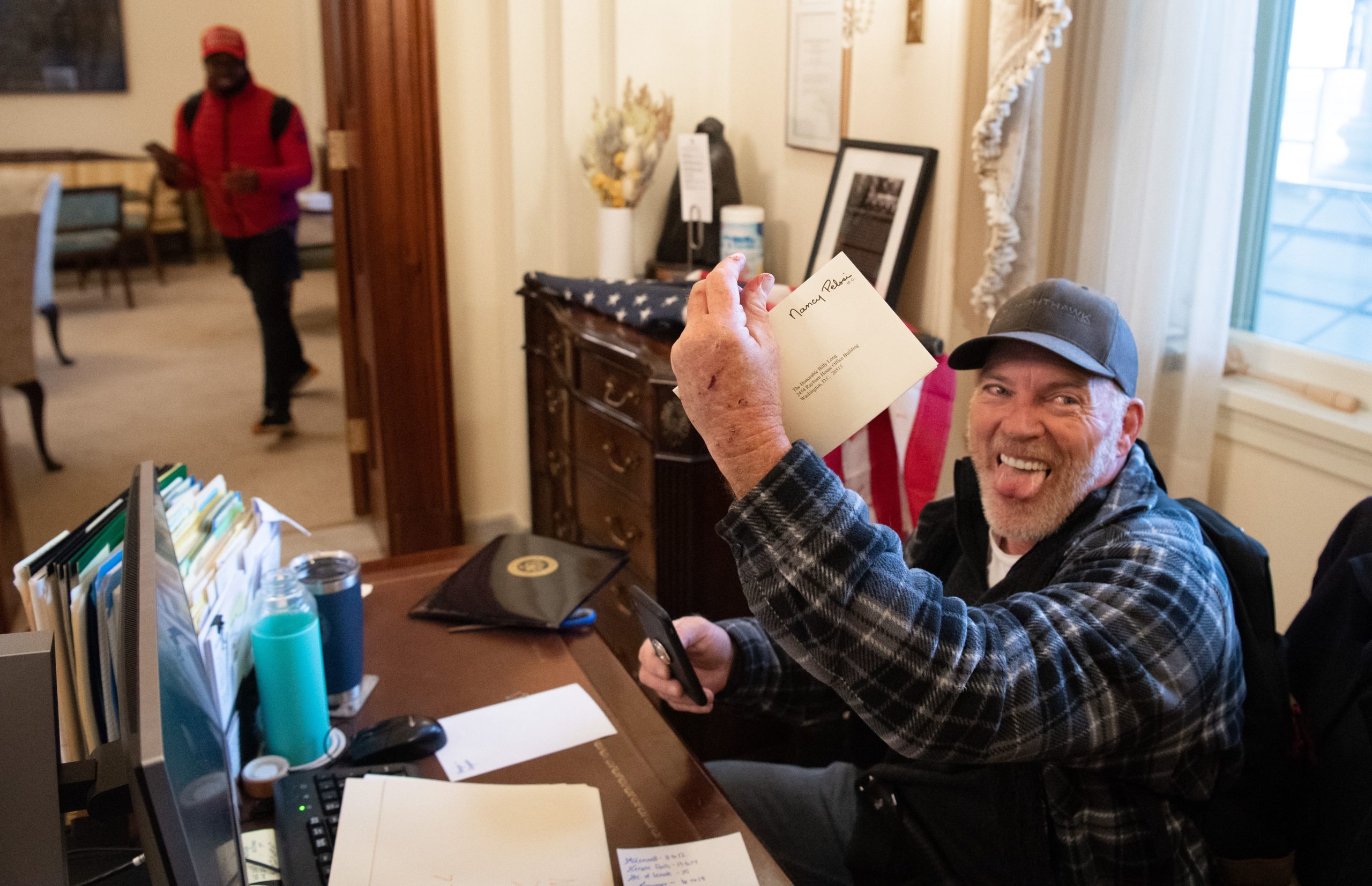 Richard Barnett, a supporter of US President Donald Trump, holds a piece of mail as he sits inside the office of US Speaker of the House Nancy Pelosi after protestors breached the US Capitol in the US Capitol in Washington, DC, January 6, 2021. – Demonstrators breeched security and entered the Capitol as Congress debated the 2020 presidential election Electoral Vote Certification. (Photo by SAUL LOEB / AFP) (Photo by SAUL LOEB/AFP via Getty Images)

Photos of Barnett sitting in Pelosi’s office with his foot on her desk went viral after the Jan. 6 riot. Rioters supporting former President Donald Trump created havoc in the Capitol Building after they entered the building and vandalized the property.  (RELATED: Rioter Who Broke Into Pelosi’s Office Says He Was Just Looking For A Bathroom)

For his role in the riot, Barnett was arrested on federal charges of entering and remaining on restricted grounds, violent entry and theft of public property, NBC News reported. Barnett pled not guilty to all the charges against him, according to Fox 24.

U.S. District Court Judge Christopher R. Cooper presided over today’s hearing. After Judge Cooper suggested a continuance until May 4, Barnett had an outburst.

“I’ve been here a long time … another month … It’s not fair,” Barnett shouted regarding the continuance until May, according to reports. “You’re letting everyone else out … I need help,” he yelled.