Mexico’s National Institute of Anthropology and History (INAH) announced Friday that archaeologists have uncovered new sections of a tower of skulls from the Aztec era.

The archaeological team unearthed the facade and eastern side of the tower and 119 human skulls, according to a report from the Guardian. The cylindrical tower was first discovered in 2017 and is believed to be part of the Huey Tzompantli, a structure of skulls that was observed by Spanish conquistadors in the 16th century.

The tower is located near the Templo Mayor, a main temple in the Aztec capital of Tenochtitlan, which has now been built over with a cathedral. (RELATED: Aztec Human Skull Tower Found In Heart Of Mexico City [VIDEO])

Mexican culture minister Alejandra Frausto heralded the discovery, saying, “The Templo Mayor continues to surprise us, and the Huey Tzompantli is without doubt one of the most impressive archaeological finds of recent years in our country.”

Anthropologists were reportedly surprised to find that the tower not only included the skulls of young men, but also skulls of women and children. Archaeologist Raúl Barrera suggested that perhaps some of the skulls came from captives who were sacrificed to the gods in Aztec ceremonies, according to the Guardian. 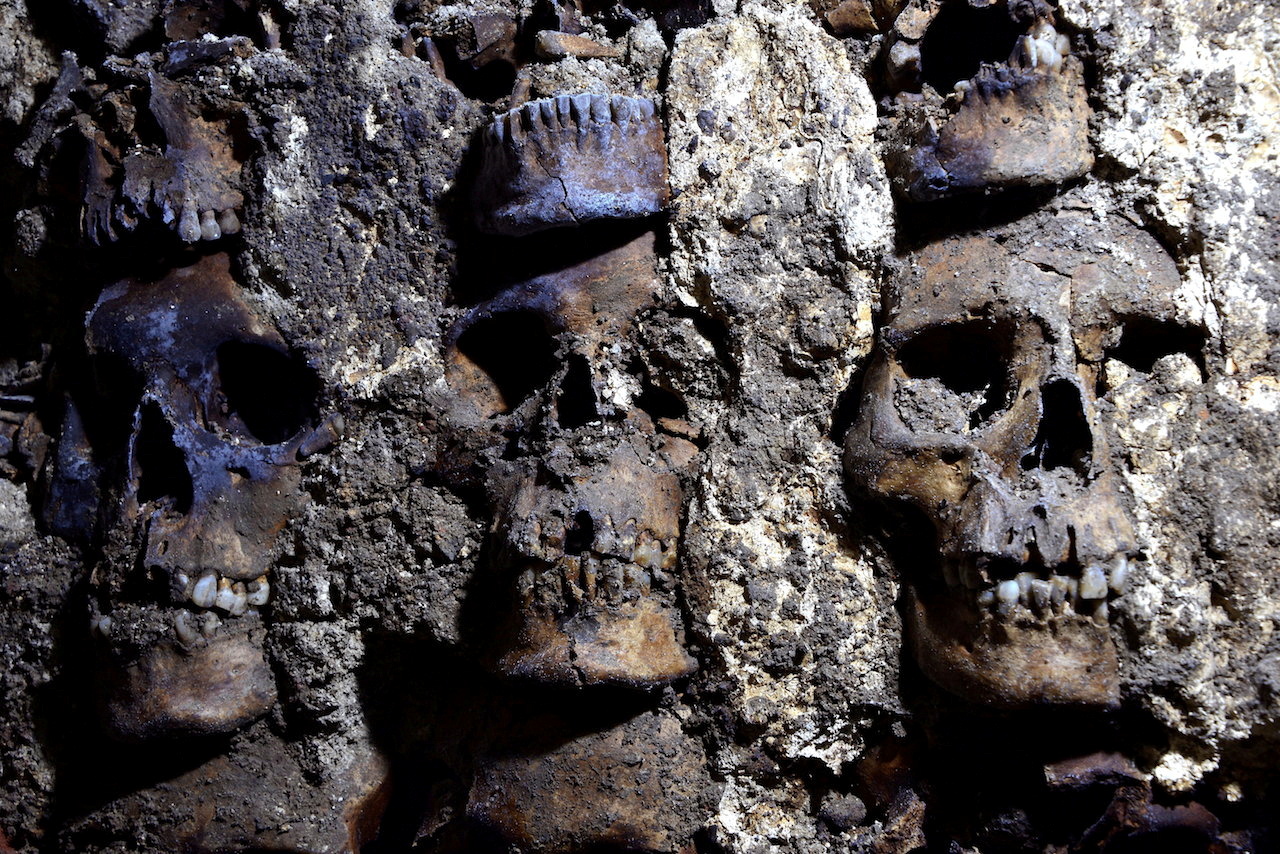 Part of an Aztec tower of human skulls, believed to form part of the Huey Tzompantli. September 22, 2020. Photo: INAH/Reuters

According to a 2017 report in the Guardian, upon the tower’s original discovery, biological anthropologist Rodrigo Bolanos declared, “Something is happening that we have no record of, and this is really new, a first in the Huey Tzompantli.”